Genesis is a study of sibling rivalry. It starts with fratricide and ends with fratricide avoided only through selling a brother into slavery. More often than not, the rivalry is resolved by excision of a brother, be it Abel, Ham, Lot, Ishmael, or Esau. The only exception to amputation as the means for family survival is this Torah portion.

What makes the conflict between Joseph and his brothers different from the other sibling rivalries in Genesis? Who would have contemplated the reconciliation of Joseph and his brothers? They were as intent on doing away with him as he was intent on maintaining his status as favorite son. In actuality, this is a most appropriate conclusion to the book of the Torah in which almost every scene centers upon a family.

The family fare of Genesis is a prime example of what we now call “domestic history.” This theory of history holds that the keys to understanding civilizations and human behavior are not political or military doings, but the goings-on of the family. If you look closely, Genesis says, you find that great families are rife with conflict. And lamentably, resolution of such conflict frequently entails the loss of a family member.

The Joseph story is exceptional in that it moves from fratricidal intent through reconciliation to fraternal solidarity. This family may again spawn conflict, but sibling rivalry can be surmounted by pangs of remorse, possibly by feelings of repentance, and even by guarded reconciliation at least long enough to hold them together to force their divine mission.

Since the family of Jacob is the only one in Genesis to remain fully intact, it merits becoming the people Israel whose national history is related in Exodus. Their national history is not one without conflict, competition, or civil strife, but one that realizes that their covenant with destiny and common fate overrides any conflict of the moment.

Like Judah's approach to Joseph, the people of Israel must sometimes remind God of our unique commitment to one another. 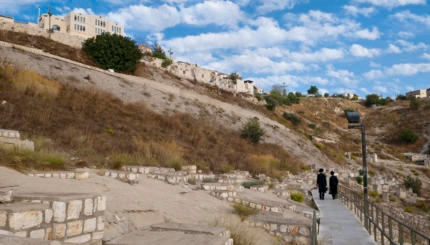