"Who is wise? He who foresees the results of his deeds (Tamid 32a)."

Across human cultures, it has been widely believed that the gods and spirits close to them (the dead, for example) have privileged knowledge of what will unfold in the mortal realms. The ability to gain such supernatural insight has been prized by humans since (and probably before) the dawn of written history. All divination can be divided into the quest for one of two kinds of knowledge: knowledge of the future (manticism) and knowledge of present, but hidden, events (clairvoyance).

Jews are no exception in their desire for this knowledge, and throughout history many Jews have accepted the reality of divinatory events and experiences. Moreover, Jews have been practitioners of many different diviner’s arts across time and geography.

Starting with the testimony of the Hebrew Scripture, however, Judaism has manifested an ambivalent attitude toward divination and from earliest times Jews have struggled to distinguish between licit and illicit forms of divination.

In the Ancient Near East, three types of divinatory practices are documented: serendipitous omens, impetrated omens, and mediumistic divination. The first consists of the reading and interpretation of omens and prodigies in naturally occurring phenomenon, such as the weather, abnormal births, or astral signs. The second practice consists of asking questions by means of divinatory devices, such as casting lots or reading entrails, and the third involves the consulting of human oracles or divine forces channeled through a person, such as prophecy.

Manticism & Clairvoyance in the Bible

Within these general rubrics, the books of the Hebrew Scriptures make reference to myriad forms of mantic practices, both licit and illicit. The generic biblical words for divination are kesem and nahash. Among the accepted means of divination are prophets and seers of God (Deuteronomy 18:14-22; I Samuel 9:6; II Kings 3:11), one iromancy (dream interpretation; Genesis 37:5-9; Daniel), Urimand Thumim, the casting of lots (I Samuel 23:10-12), mic (II Kings 3:15), lecanomancy or hydromancy (reading patterns in liquid; Genesis 44:5), and word omens (I Samuel 14:9-10).

At times, the biblical witnesses are not always in agreement about what constitutes legitimate mantic practice. Thus, for example, despite the cases of exemplary practitioners like Joseph and Daniel, the prophet Zechariah condemns one iromancy along with other forms of divination (10:2). II Kings 13:15-19 recounts a case of what appears to be prophetically endorsed belomancy.

Clairvoyant divination (revealing a hidden current reality) is less common, though veridical dreams are acknowledged as a way for mortals to understand God’s will (Genesis 20:3; I Samuel 3:3-10; I Kings, 3:5-15). Other acceptable forms of clairvoyance include the casting of lots to determine who enjoys God’s favor (I Samuel 10:20-24) and conferring with a seer to find a lost possession (I Samuel 9:6), though the evidence is more ambiguous here; given their narrative context, careful readers must decide whether we are meant to regard these two practices as efficacious, or merely ruses by the prophet to further God’s inscrutable purpose.

Many types of diviners are mentioned in Scripture. Under the general category of oracular prophets, there is the navi (prophet), the roeh (seer),and the ish elohim (man of God). There are also several terms formantics separate from the Israelite institution of prophecy, all of them being targets of condemnation: baal ov, itztzim, kosem kesamim, menahesh, meonen, and yeddioni.

The exact meaning of these terms is tentative, as the usage and meaning may well have changed within the time frame of the thousand years over which the Bible was composed. And, as in English, some terms may not even reflect technical distinctions, but are merely synonyms, often borrowed from other languages.

The talmudic sages were extremely sensitive to serendipitous omens, and were avid observers of the stars, the trees (Sukkah 28a), and the behavior of birds (Gittin 45a) and other selected animals. Biblical verses elicited from children can be read as signs.

All the same, the rabbis condemned those forms of operational divination they associated with kesem/nahash (sorcery/witchcraft). An extended discussion of witchcraft and divination appears in Sanhedrin 65b. In that passage, "performance" or impetration, such as the use of divining rods, is the primary criteria for determining that a form of manticism is illicit. The sages are not consistent on these points, and the line between licit and illicit forms of divination is often blurred beyond useful distinction.

Into the Middle Ages

The medieval Sefer Hasidim continues with this ambivalence, condemning forms of impetrated divination while recording dreams and omens and teaching their interpretation. In his book Hokhmatha-Nefesh, Eleazer of Worms lists a variety of bodily omens and their meaning. Hayyim Vital consults witches, sorcerers, and visionaries in dizzy variety in his quest to confirm through paranormal means his own spiritual genius (Sefer ha-Hezyonot).

The dead continue to be regarded as an excellent source of mantic knowledge, even though necromancy is roundly condemned. Here the distinction seems to be that when the dead initiate the communication, it is acceptable, but if the living attempt to initiate a seance, it is not (this too changes under the influence of Spanish Kabbalah). Astrology, lamps, cocks, bibliomancy, and mirrors were all acceptable sources of advanced knowledge by the Middle Ages.

Though condemned by the Talmud, the use of divining rods was also tolerated by the late Middle Ages. Most specifically, Jewish divination practices have all but vanished from modern communities, though some pietistic groups still practice the custom of serving the fingernails at Havdalah and/or employ bibliomancy.

Most Jews who are interested in such things today make use of techniques popular inthe general culture, such as horoscopes and Tarot cards. Jews can still be very attentive to serendipitous omens. 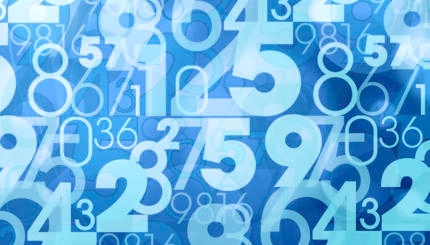 The Jewish numerology tradition, known as gematria, values some numbers more than others.