This Torah portion is thematically diverse, beginning with the Menorah in the Mishkan (Tabernacle), then proceeding to a description of the dedication of the Levites as assistants to the priests. The Israelites celebrate the Passover holy day in the wilderness, but some men can’t bring the sacrifice, due to ritual impurity, so God gives them a second chance a month later. Then the Israelites complain about their diet of heavenly manna — so God, apparently frustrated sends them so much meat that it comes out their nostrils! Aaron and Miriam speak slander against Moses and his wife; Miriam is stricken with a scaly skin outbreak and sent out of the camp.

“The meat was still between their teeth when [the people] began to die. God’s anger was displayed against the people, and God struck them with an extremely severe striking. He named the place “Graves of Craving” (Kivrot HaTa’avah), since it was in that place where they buried the people who had these cravings. From Graves of Craving, the people traveled to Chatzerot. . . .” (Numbers 11:33-35)

After the people demand meat from Moses — they were apparently unsatisfied with having all their food sent directly from Heaven! — God sends a huge flock of quail for the people to eat. The Israelites collected all the quail they could, intending to eat meat like gluttons, when God sends a punishment for the people’s ingratitude and lack of faith. Thus, the place where they stopped was called “Graves of Craving,” because people died there because of their craving for meat.

This is not the first time we see a significant place name in the Torah. For example, in Genesis 28:19, Jacob sets up a pillar to mark the place where he had his amazing vision of the ladder to heaven; he then calls the spot “Bet-El,” or “House of God,” reflecting the theophany which occurred there. Academic Bible scholars tend to see these names as history retrojected back onto the text, an explanation of a name or tradition that was already old by the time the Torah was set down in writing.

The Torah itself simply tells us the meaning of a name in a straightforward fashion, as above: Kivrot-HaTa’avah got its name because the “Cravers” [the mita’avim] of meat, who did not appreciate or acknowledge the tremendous miracle God was giving them, died and were buried there [in kevurot, graves.] The moral of the story in its “pshat” (simple) reading might be that not being able to appreciate our blessings can bring potentially deadly results.

It’s not so distant from contemporary society: think of how many people have had heart attacks or strokes from a lifetime of stress, trying to “make it” with ever greater material and career success. Pausing to appreciate what we have is such a seemingly basic principle that it’s easy to forget; this story confronts us with the potentially dire consequences of “cravings” far in excess of what is appropriate for a balanced and joyous life.

In fact, we are urged to pay special attentions to our “cravings” by no less a figure than R. Israel ben Eliezer, the founder of Hasidism (d. 1760) — usually known as the Ba’al Shem Tov (sometimes even Besht for short). His grandson, R. Chaim Ephraim of Sudylkov, author of Degel Machane Ephraim, quotes the Ba’al Shem Tov on this verse:

. . . Kivrot-HaTa’avah, this is the aspect of wisdom, for there the people buried their cravings. The explanation is that anyone who attains the quality of wisdom can thus make as nothing all of their cravings, from the greatness of his/ her cleaving to the Holy One of Blessed Name. (from Sefer Ba’al Shem Tov, translation mine.)

In order to make a midrash, the Ba’al Shem Tov reads “Graves of Cravings” literally — the “cravings” themselves were buried. For the Besht, attaining wisdom means knowing what to “crave” and what to not crave.

A central aspect of his overall teaching is that one should yearn to feel close to or “cleave” to God, and when one does, one’s material and physical desires assume a different perspective. I don’t think this is the same as “overcoming” or “conquering” a desire, which implies great or painful struggle, but simply being so filled with a religious spirit that material desires don’t become the most important thing in life.

Nor do I think this implies an absolute rejection of creature comforts or physical pleasure, but rather just keeping things in perspective, nurturing a consciousness of what is long-lasting and what is momentary. In another place, the Ba’al Shem Tov writes:

I have placed God before me always (Psalm 16:8). . . “shiviti, (I have placed)” this is the language of “equalness.” [A pun which doesn’t work in English–sorry.] Anything that happens to a person, should be equally OK with him. Whether people praise him or humiliate him, and thus with other things. In eating too, whether she eats tasty things or ordinary things, everything should be equal to her, to deprive the Evil Urge of anything [to use against a person.]
(Tziva’at Ha Rivash, #2, translation mine)

Again, notice that the relationship with God is central to the teaching; a person with a vibrant spiritual consciousness is less likely to desire things out of jealousy, or insecurity, or ingratitude, or arrogance. Returning to our story, recall that the problem with the complaining Israelites was not so much that they wanted meat, per se, but that they could not appreciate the food that they had, or apprehend its source in Divine grace.

To “bury their cravings” would have meant keeping things in proper perspective, seeing the good, rather than reacting out of negativity or insecurity. Had they been able to do that, perhaps they could have even turned their complaints into joy, choosing to see each day’s sustenance as a gift from the Holy One. This is the wisdom which the Ba’al Shem Tov urges us to attain. 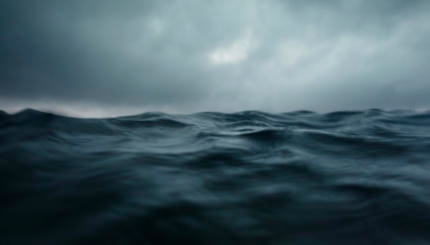 The founder of Hasidism, the Baal Shem Tov, offered a three-pronged approach to dealing with difficulty.

How The Trouble Began

The Israelites' troubles, and indeed our own troubles, begin when we turn away from God.