Goals of the Mishneh Torah

The appearance of a comprehensive code naturally stimulates the composition of a literature of commentaries that seek to probe the code’s comprehensiveness, accuracy, and other qualities. The high esteem in which Maimonides’ Mishneh Torah was held, on the one hand, and the sharp controversy it engendered, on the other, sparked the creation of an extensive and voluminous literature of commentary.

These commentaries had various objectives: some to criticize Maimonides, others to defend him against the critics, or to explain or supplement his treatment of particular subjects. The central function of most of the commentaries, particularly the earlier ones, was to trace the talmudic sources from which Maimonides distilled his halakhot.

Shem Tov ibn Gaon, Rashba’s disciple, was a Spanish halakhic authority and kabbalist of the mid-fourteenth century. He was the first to supply source references for Maimonides’ text, and he also included references to Maimonides’ responsa. His main objective was to defend Maimonides and counter Rabad’s criticisms. He also corrected scribal errors in the text.

Maggid Mishneh by Vidal of Tolosa

Vidal of Tolosa, a colleague of Nissim Gerondi (Ran), was a leading Spanish halakhic authority in the fourteenth century. His goals in Maggid Mishneh were to explain Maimonides’ text, to indicate the halakhic sources, to suggest reasons why Maimonides preferred the views he adopted over those he rejected, and to defend Maimonides against his critics, especially Rabad.

Unlike the author of Migdal Oz, Vidal did not always agree with Maimonides, but at times was inclined to accept the opinion of Rabad or of other critics. Maggid Mishneh is extant on six of the fourteen books of the Mishneh Torah.

Radbaz, the foremost halakhic authority of the sixteenth century in Egypt (until he immigrated to the Land of Israel), provided a commentary on the portion of the text of Maimonides for which there was no Maggid Mishneh. He defended Maimonides against criticism but did not particularly concern himself about supplying source references. Parts of his commentary have been printed in several recent editions of works by Maimonides, as well as separately.

Abraham di Boton, a leading halakhic authority in Salonika in the sixteenth century, was a disciple of Samuel de Medina (Maharashdam). His book Lehem Mishneh attempts to ascertain Maimonides’ sources and reconciles inconsistencies between the Mishneh Torah and the talmudic sources.

When he was in the midst of his commentary to Hilkhot Tefillah [Laws of Prayer], Caro’s Kesef Mishneh reached him, and he found in it explanations and novellae similar to those he had also written. He therefore decided that for the rest of his commentary, "I will write down only those points of mine that are novel," i.e., only comments adding to what was said by Caro.

Judah Rosanes lived in the second half of the seventeenth and the early part of the eighteenth centuries. He was the Rabbi of Constantinople and was regarded as the leading Turkish halakhic authority of his generation.

Judah Rosanes actually wrote his novellae without reference to Maimonides, as a work on various talmudic subjects, but his disciple, Jacob Kuli, who printed his books, arranged them to correspond to the organization of the Mishneh Torah.

Haggahot Maimuniyyot [Maimonidean Glosses] by Meir ha-Kohen of Rothenburg is different in kind and purpose from all the other commentaries previously mentioned, which is why it is discussed last although it was composed before some of the others.

The author lived at the end of the thirteenth and the beginning of the fourteenth centuries and was a disciple of Maharam of Rothenburg. The purpose of Haggahot Maimuniyyot was not to criticize or defend Maimonides, or to find his sources, but to supplement the Mishneh Torah with the responsa and decisions of the German and French halakhic authorities wherever appropriate.

The disparate opinions in Caro's Bet Yosef and the bottom line decisions in his Shulhan Arukh combined to create the halakhic code par excellence. 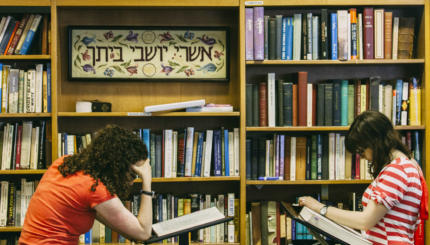