The Tales We Tell

The Meaning of the Seder (Part 2)

Narrating the Passover story of slavery and liberation is central to the seder. In the following piece, the author examines this idea–then and now. Reprinted with permission from CLAL–the National Jewish Center for Learning & Leadership.

“And you shall tell your child on that day, saying, ‘It is because of what the Lord did for me when I went forth from Egypt.’ And it shall be for a sign unto you upon your hand, and for a memorial between your eyes, that the law of God may be in your mouth; for with a mighty hand did God bring you out of Egypt (Exodus 13:8).”

The commandment to tell the story to the next generation comes at a very strange moment in the midst of the Exodus. The Israelites leave Egypt in a terrible rush, but have not yet crossed the Sea of Reeds [also known as the Red Sea]. Before God fully liberates the people from their Egyptian masters, they receive a series of commandments to commemorate the Passover, including telling the story to the next generation. How can God command the Israelites to tell a story whose ending they do not know? With the miracle at the sea before them, they have yet to witness the feats of God’s power firsthand.

But it was not God who commands telling the story. It was Moses. In fact, God only tells Moses to “sanctify for me every firstborn, whatever opens the womb among the children of Israel, both of man and of beast it is Mine” (Exodus 13:2). Moses is the one who adds an entire preamble commanding the people to remember, recount, and memorialize this day. It is only then that he gives them the commandment that God told to him–the commandment of sanctifying the first born.

Why would Moses add laws God didn’t even mention? Moses here illustrates supreme leadership. He knows that his people in the midst of their terror are not ready to listen to God’s command. They first need reassurance that all this danger and terror will someday be but a memory. They need the promise of the land and their survival reiterated. What better way to command the telling of the story than by guaranteeing that they will come out of this alive to tell the story of their miraculous experiences? They will transform present experience into the festival they celebrate–commemorating these very fragile and unsure moments.

Why do we still tell the story? If the function of telling the story in biblical times was to guarantee survival, to spur hope and courage, what is it now? The Haggadah tells us explicitly that we are to re-experience leaving Egypt, to re-enact it through a seder. Egypt, therefore, is not a place that we leave once; it is a place we perpetually leave. 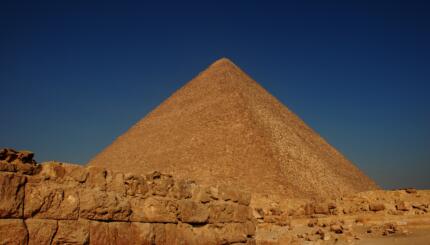 Reenacting the Exodus in every generation 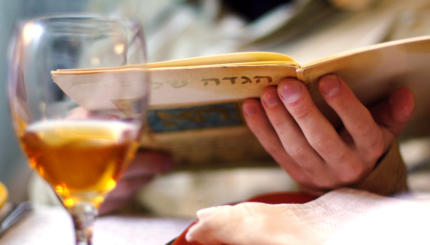 Jewish texts have much to say on this subject.