Yom Sport. Also known as Color War. For many, the pinnacle of their camp experience. For our oldest campers at Camp Ramah Darom however, Yom Sport is much more than just a day of healthy competition, cheers, and face paint. Yom Sport is an opportunity for them to hone their leadership skills through various roles.

Preparation for Yom Sport begins the first week of camp. Our senior campers are tasked with choosing a theme and scheduling out the day. This is a great opportunity for them to explore and develop their decision-making skills, creativity and diplomacy as they take on leadership roles in various ways. Some are team captains and their role is to be the head cheerleaders of the group.  Others oversee and care for the younger campers on the teams to ensure that no one is left out, while another group acts as event judges. Regardless of their position, they are all given the responsibility to use that role in a leadership manner.

One summer however, the group was tasked with an unexpected predicament. A rainstorm threatened to cancel the afternoon apache relay race, one of the highlights of the day. All activities were closed due to the storm and the entire camp made their way to the covered basketball court. For our oldest campers, our Yom Sport leaders, canceling the afternoon was not an option. They collaborated to create a series of activities that could be completed under the safety of the roof. The necessity of adjusting the Yom Sport activities and accommodating their surroundings was an obstacle that these young leaders overcame, and this allowed for one of the most memorable Yom Sports ever seen at camp.  As much as the oldest campers learned a lot about leadership styles, responsibility and adjusting to the environment, the younger campers, participating in the games, learned a valuable lesson.  When life throws you a curveball, you can still hit it out of the park.

Now, as many of those former campers join us on staff, we see the leadership skills they learned through their Yom Sport preparation shine through in their skill set and self-confidence. As they work with a new generation of young campers, they are passing down these lessons and encouraging their campers to become leaders in their own ways. 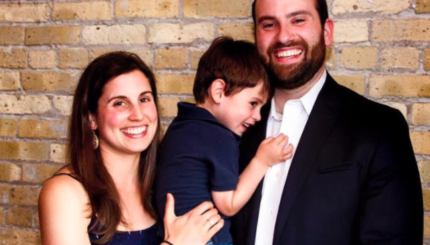 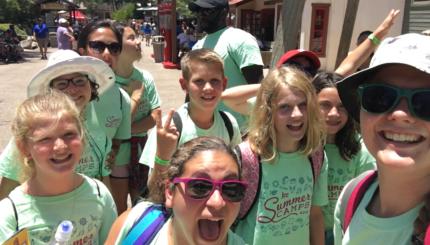