Last weekend I ran the ING New York City Marathon, which was an amazing experience—essentially, a 26.2-mile long party celebrating running, community, and Gatorade. Running the marathon was a real “bucket-list” check-off for me, and the culmination (though certainly not the conclusion) of a love affair with running that began for me when I was 10 or 11, in the Jewish day school I attended in Northern Virginia.

Gesher Jewish Day School, where I was a student through 6th grade, was formerly housed in Agudas Achim Congregation (before it got a building of its own, the year after I graduated—I found it terribly unfair that the moment I was no longer a student there, Gesher suddenly had a swank new facility, including access to the local JCC’s swimming pool). Having to teach gym classes in what was, on Saturdays, the synagogue’s social hall, forced our P.E. teacher Mr. Slover to be creative. In an effort to get us motivated and excited about running as a sport in its own right (as opposed to a part of some other sport, like soccer or dodge-ball), he set up a competition called “The Big Cheese,” and put flyers for it all over the school. For my age group, the 6th graders, it involved running 18 laps around the social hall-cum-“gym”, on a “track” demarcated by carefully placed orange cones, in four minutes or less. The total distance was probably a third of a mile. If you achieved The Big Cheese, you got a prize—the nature of which Mr. Slover left intentionally mysterious, but promised would be “awesome.”

Each student had three tries to make it before a certain deadline. I remember that I failed the first two times, collapsing dramatically at lap 16 or 17 when Mr. Slover blew his whistle to signal “time’s up,” and in one case, crying in disappointment. I was all set to try again for my 3rd and final attempt (I had even been running laps around our courtyard on weekends, trying to improve my time) when the unthinkable happened—a blizzard struck the DC-area, and school was closed for an entire week.

After the initial elation at receiving another (unplanned) winter break, I realized with horror that my 3rdattempt at The Big Cheese would be cancelled along with school. There was no way I could make it by the deadline, now. I tried consoling myself with bitter thoughts that Mr. Slover’s prize was probably not that awesome, that The Big Cheese was a stupid competition anyway, and that getting a week off from school was the best thing that could ever happen.

When the snow melted and we returned to school, Mr. Slover showed yet again his gift for outside-the-box thinking, by unexpectedly pushing back the deadline for The Big Cheese. Third time was the charm, and come Wednesday (my next P.E. day after the return to school) I made my 18 laps in under four minutes, fair and square. I was overwhelmed by how incredible I felt—the satisfaction at having completed a race against the clock, beating my own time (and those of everyone who hadn’t taken The Big Cheese seriously) to achieve a goal. And, when Mr. Slover presented the prizes after morning minyan several days later—shiny copper medals on red, white, and blue ribbon (indeed, an “awesome” prize)—I knew I was hooked.

What followed was a middling career in middle and high school Track & Field, followed by the belated discovery (in senior year, three months before graduation) that long-distance running was “my thing,” and I should’ve been running Cross Country instead. Better late than never, I suppose. I took a break from running in college, then focused on swimming in my early 20s. I occasionally ran casually, for exercise or with friends. But nearly two decades after Mr. Slover and The Big Cheese, in 2011, I participated New York Road Runners’ “Israel Day 4-Miler” and was once again ensnared by that unbeatable thrill of competition against the clock.

That time, it stuck. I kept running, and I haven’t looked back since. 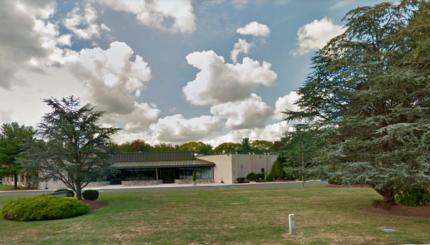 The default on membership bills should not be an assumption of heteronormativity, or that every spouse in a family wants to join gender-specific clubs.