I think of Claudia Silver, the eponymous heroine of my debut novel,
Claudia Silver to the Rescue
, as one in an anxious, spirited line of Nice Jewish Girl protagonists from New York City. This lineage starts with Lily Bart, Edith Wharton’s A-list flibbertigibbet in
The House of Mirth
, then moves on to Herman Wouk’s
Marjorie Morningstar
(who put up with that scoundrel Noel Airman’s hijinks for about 100 riveting pages too long), Gail Parent’s Sheila Levine (if only 30 had been the new 20 in 1972), Erica Jong’s Isadora Wing, and Melissa Bank’s Jane Rosenal. Yes, I know that Lily Bart wasn’t Jewish. But if only she’d married Simon Rosedale! (Sob! Gnashing of teeth! She could’ve given him a make-under!)

Claudia Silver possesses some key traits that connect her to her literary sisters. She’s got a loud speaking voice and wobbly self-worth, she finds comfort in self-destructive habits and relationships, and she’s paralyzed by her own ambivalence. She’s helpful and selfish, fierce and vulnerable. She’s got a keen sense of class and caste, ranking herself ruthlessly in any given social situation. She knows how to dance, and how to accessorize. But unlike Lily and Marjorie, whom I adore, but let’s face it, whether it’s in the back of a hat shop or lower Westchester, they both die from denial, Claudia wakes up. And she does so along a particularly Jewish continuum.

It’s when Claudia hears her ill-fated soon-to-be-paramour, Paul Tate, recite the shehecheyanu prayer as grace over an assimilated Christmas dinner, that her interest in him shifts, fatefully. Once Claudia’s actions cause a multi-family train-wreck, she becomes aware that she has one chance to make it right – and that’s to undertake “teshuvah” – the humble pursuit of repentance. Now, I don’t know how the Rambam or Rav Kook or even my own Los Angeles rabbi, Sharon Brous, would define
teshuvah
. (Personally, I plucked my definition from the low hanging branch on the tree of knowledge known as Wikipedia.) But Claudia acknowledges her profound misdeed with humility, fesses up, will remember this one for the rest of her life, and even though there’s no sequel in the works, I promise you, dear reader, that she will refrain from committing this one in the future. In fact, once Claudia Silver accounts for her actions, she’s propelled forward to growth and emotional maturity. She marches straight into a possibly dangerous social event and yanks her younger sister free of it, apologizes sincerely to the Nice Jewish Boy Who Was There All Along and gets her love life on track, and even reunites with mother despite a dug-in estrangement. And none of this could have happened if Claudia hadn’t made the worst mistake of her life.

It’s my firm belief and my personal experience that patterns run through families faster than we can usually stop them, which is why we need both spiritual practice and literature – so that a wisdom greater than our own can escort us, lovingly, to awareness and eventually, to change. And it’s my opinion that Lily and Marjorie made huge freakin’ mistakes. Do I need to tell you that if Marjorie Morningstar had understood what Wally Wronken truly had to offer, she might’ve been at the TONY Awards last week in Calvin Klein? Possibly with Calvin Klein? Given her lineage, Claudia was powerfully teed up to repeat history. But having read her Wharton and her Wouk, she, through me, made a different choice. And as a result, the biggest mistake Claudia Silver ever made is the best thing that ever happened to her. 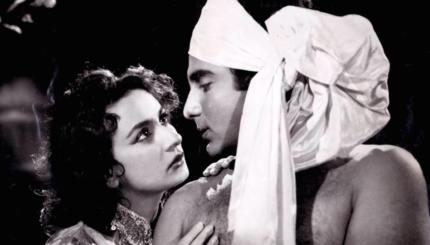