When someone asks me where I’m from, I never hesitate to say that I’m from New York City. Then, a little ashamed, I often confess that I’m not really from New York, that I was born and raised in San Antonio, Texas. While I did not spend my formative years in the city, I have always considered myself a New Yorker, which probably has to do with all those summers I spent on Long Island with my mother’s parents. The day trips to Jones Beach and into the city to see a play or wander around Macy’s! Some of my favorite memories still involve being stopped between stations on the subway or the Long Island Railroad. And then our slow approach into Penn Station and the skyscrapers obliterating the sky and my mother leading my brother and me up into the beautiful, congested fray that is Manhattan.

Every step I took along those overpopulated sidewalks, every museum and bookstore I wandered through, every salty pretzel I pulled apart and devoured—all of it was leading me closer to my future self. At the time, I had little idea that years later I’d live in and among those crowds, museums, bookstores, and pretzel carts, though I should’ve suspected as much, given my early fondness for the city. When I was a boy, I fell head over heels in love with the city, yet it wasn’t until I finally moved there as a young adult that I came to really believe what Le Corbusier meant when he said, “A hundred times have I thought New York is a catastrophe and 50 times: It is a beautiful catastrophe.”

A beautiful catastrophe, unlike any other in the world, especially for a young man who wanted desperately to become a writer. Even now, when I think about it, I am still filled with a sense of the romantic and haunted by that earlier version of myself, who traversed the sketchier and verboten neighborhoods of Morningside Heights and Spanish Harlem on his bike, who lived on 107th and Central Park West, in what was and would continue to be for ages the biggest, most amazing apartment he ever lived in—a doorman building with view of the park, our rent only $1,400 a month. I shared the apartment with a friend, another Columbia undergrad, and eventually set a short story there. It was hard to leave an apartment like that, but leave it we had to do. After graduation, I moved downtown, then ultimately to Cobble Hill, Brooklyn, where I stayed for over a decade, until it was time for me to go. I had become too hard, too covetous of what other people had, and New York was killing me.

From there, I went to DC, then to Gettysburg, PA, then back to New York for a brief stint that lasted a summer and fall. Then, it was to Berlin, then back to Gettysburg, then Durham, NC, then Gettysburg yet again. Now, I am in College Station, Texas, soon to be moving to Atlanta—but, but, but…I left my heart in New York, just like so many of my characters in
Antonia Lively Breaks The Silence
. No matter where I have gone, no matter where I have lived, New York always beckons me back. She is an impossible place to leave for long, even more of an impossible place to untangle from. Just ask Antonia Lively herself, or Henry Swallow, or Catherine Strayed. Just ask any of these characters where they’d rather be and they will tell you, “Well, New York City, naturally.”

Unfortunately, we do not always get to choose the places in which we live; some places choose us. Antonia, Henry, and Catherine live in Winslow, a small college town in upstate New York, and it chose them. It also chose me and it is where I have lived, in my imagination at least, for over ten years. I know the town just as well as I know New York City, perhaps even better than that, because I created it whereas, in some ways, New York City created me. 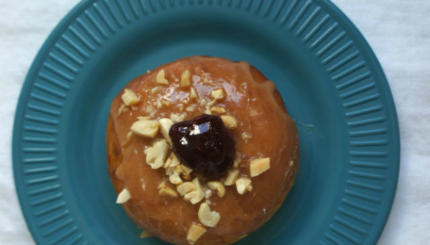