“Are you a professor?” asked the woman sitting next to me on the plane from Israel to New York. She’d been eyeing my laptop screen on and off for most of the flight, as I did a final polish on my translation of Israel and the Cold War, a punctiliously-researched tome by Joseph Heller of the Hebrew University. Heller’s the professor, I’m the translator. He spent years sifting through the dark corners of archives around the world to gather the material in his book. I get the glory of being thought a historian without having looked at a single document.

Yes, I write my own books, but try buying groceries with that. My family gets fed thanks to books that other people write, people who need my help to present their ideas to the public. Sometimes I translate in the simple sense of the word—that is, recast a Hebrew work in English. But the specific niche I’ve developed over the years is that of translator/editor, or perhaps bilingual book doctor would be a better term. That means I don’t just transfer prose from one language to another but also help the author rewrite the book.

Of course, the substance remains that of the scholar. But substance needs presentation. I feel privileged to have helped bring the work of Israeli scholars before the English-speaking world while making them more reader-friendly books than they would otherwise have been.

While it’s hardly ideal, the pressures are such that I often work on two or three book translations or edits at the same time, alongside my own writing. Right now I’m translating a book on the Mossad by Ronen Bergman of the newspaper Yediot Aharonot, and a book about Eliezer Gruenbaum, a Jewish Communist who became a kapo at Auschwitz, by the historian Tuvia Friling.

On top of that, I’m editing the English version of one of the Israeli publication phenomena of the past year. Yuval Noah Harari’s history of the world, from humankind’s evolution in Africa to the present day, has been a bestseller in Hebrew. It’s based on the survey course he teaches, which has become one of the university’s most popular classes.

Harari’s book covers a lot of ground that I’ve written about in my career as a journalist covering research and science, so as I edit I disagree, debate, and argue points with him. Like most of my clients, Harari appreciates this deep involvement in his work. I am, of course, an amateur scholar, not a real one, so it’s the client who makes the final decisions about the book’s ideas and arguments. But it’s a real pleasure to engage in disputations with my authors.

And, of course, I learn a great deal in the process. Almost enough to be taken for a professor myself. 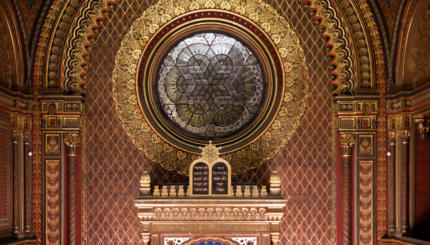