In this post-Hebrew Hammer world of kitscharama, Jews have their own version of pretty much everything — from Jewish delis to Jewish dating sites and beyond. Case in point (today): the Jewish Groupon site JDeal.com. And today’s deal has caused quite a stir:

This was instantly blasted by people all over Internetland. Just on my Facebook channels, here are some of the highlights:

* A coupon for tzedakah? With an expiration date to boot!
* Please excuse me while I microwave my head.

…some of which were persuasive arguments:

Looks like we have a new forum for hawking yeshuot [healing prayers] and tzedakah. And if you read the background, it is worse than hawking tzedakah. Let someone else take over tefillah for you (I think tefillah is something that is difficult for many of us and that we could develop greater understanding and skill in), and believe that we are getting closer to Hashem while our “heart’s desire” is fulfilled.

The concept of having someone else pray for you isn’t a new one. Two of Jacob‘s sons, Zebulon and Yissachar, had wildly different talents — one was a businessman, one was a Torah nerd of considerable rapport; the businessman supported the Torah scholar, and both reaped the rewards. These days, a lot of people in the yeshiva (read: fundamentalist) world use that story as an excuse for not getting jobs and spending their whole lives learning Torah, which does. not. work. — at least within a paradigm of communal self-sufficiency — but I’d never tell someone not to give tzedakah, any sooner than I’d advise someone not to pray.

Yes, we should all pray. We should all give tzedakah, too. (As for what exactly counts as tzedakah, I’ll probably take on some of you in the comments, but a really fascinating article from Rabbi Jill Jacobs answers that question eloquently.)

I’m not gonna do this JDeal. I’ve got my own favorite tzedakah recipients (they fed me while I was a poor scrappy Mission kid, and continue to dish out free Shabbos meals to anyone who wants one), and I’d love to save up the money so that I can one day go back to my yeshiva in Israel and do my own studying.* But if there’s someone out there who can’t show up for synagogue three times a day to say kaddish — or who can’t pray on their own, for one reason or another — why not sponsor someone else to do it for you? It’s not as good as doing it yourself, but it certainly can’t hurt.

The priest's role in declaring and treating leprosy, a physical manifestation of spiritual impurity, teaches us not to judge our own or others' spiritual lives. 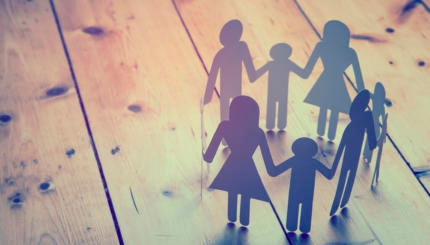