The graphic novel Farm 54 is based on three stories written by Galit Seliktar. The stories were first published in Israeli literary magazines and then adapted into a graphic novel by Galit’s brother, illustrator Gilad Seliktar. Farm 54 is a real place where both siblings were raised, an actual farm in Ganei-Yohanan – a small village located in Israel’s agricultural periphery, which was founded by Jewish immigrants from Russia, Yemen and Libya in the early 1950s. All the stories in Farm 54 are based on true events which took place between the mid-1970s and late 1980s. Farm 54 has been published so far in five languages, and was nominated for the 2009 Angoulême book award in France.

Galit & Gilad: This story was the first collaboration between us and the cornerstone of
Farm 54
. It was first published in 2007 as a short graphic story in an Israeli literary magazine,
Masmerim
, and included a framed narrative which is omitted in the book. In that earlier version the story starts with the heroine visiting her brother’s grave where she relives his drowning in her mind.

Panels from the first version of “The Substitute Lifeguard” in which Noga visits her brother’s grave: Galit: One afternoon, when Gilad was about two years old, our family was barbequing in the backyard. It was a hot day and my father went to look for one of our dogs he had seen disappear at the far end of the yard, a part covered with high grass and infested with snakes. On his way he passed by our blue fiberglass wading pool and heard heavy spattering. He thought he had found the dog, but it was Gilad, fighting for his life in the half-meter-high chlorinated water. I saw him in my father’s arms, fully dressed in his toddler clothes and wet to the bone. Both of them were quiet. The silence broke when my mother started screaming. Only then did we stop eating.

Gilad: “The Substitute Lifeguard” was the first time I had ever read any of Galit’s stories. I have only a vague recollection of the event itself, but her visual writing style took me back to the pool on some deep emotional level. I was aware of my sister’s many years of engagement with visual media such as photography and video, but only when reading about myself in that pool did I realize that her writing was also extremely visual and that the cinematic quality of her texts, along with the themes and settings that were also my own, could form the basis of a powerful collaboration. The first published version of “The Substitute Lifeguard” was very short. The compact format relied on the cemetery frame to create an immediate dramatic impact. In book form, the actual story could gradually unfold without this scaffolding, a device meant to generate sentiments that are yet to be sustained by the plot. As I was adapting and then re-adapting the text into graphic form, I found myself drawn to the cinematic format of a three-panel page that now shapes the entire book, perhaps owing to the way the prose was laid out on paper.

Galit: Of course I had to kill Gilad when I wrote this story. I also chose to transfer the drama from the actual wading pool to a manure pit that my father transformed into a swimming pool. It was part of a cowshed that my parents inherited from the former owner of the farm, together with a young calf. My father immigrated to Israel with his parents from Sofia, Bulgaria, in 1949, and grew up in Jaffa, where he met my mother. This urban boy knew nothing about farming and neither did she. On their first year as farmers my father had a severe allergic reaction to eggplant blossom which terminated his agricultural dreams. The calf froze to death in 1973; the same year my father was enlisted to take part in the war that broke out on Israel’s southern border. All the chicks that I used to play with (I was almost three years old at the time), perished from thirst after my mother had left the farm during the war to stay with her parents back in the city. Long after we stopped using the manure pit as a pool, our dogs used to sneak in through the ruined fence that surrounded it and, every so often, one of them would be found drowned in the rain water that half-filled the pool. The manure pit which turned into a swimming pool and where the drama of “The Substitute Lifeguard” happens, and the old cowshed.

Gilad: Galit’s text of “The Substitute Lifeguard” was extremely poetic and saturated with elaborate descriptions. Finding my own voice in this dense story meant mostly condensing and editing out. While I did not change any of Galit’s words that made it into Farm 54, I did “translate” almost all of the narrative and descriptions into a graphical language, which obeys very different conventions, through my own visual perspective. Yet all my drawings follow closely the original text in terms of plot, description, atmosphere and dialogue. The fact that Galit is my sister was very liberating artistically as I wasn’t afraid to explore avenues that I might have hesitated to approach had I been working with someone whose text I’d have to adapt whilst “walking on eggs”.

Galit and Gilad Seliktar’s graphic novel, Farm 54, is now available. They will be blogging all week for the Jewish Book Council and MyJewishLearning‘s Author Blog. 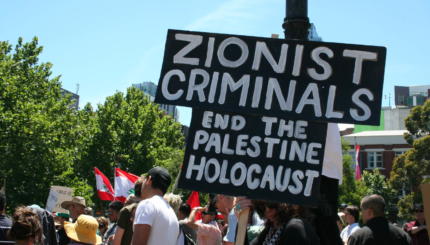 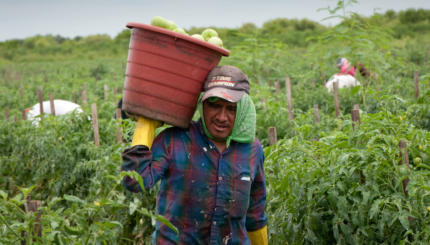 What a forefather can teach us about human rights.