Earlier this week, C. Alexander London wrote about being an accidental adventurer and sequels and the Torah.

In honor of the end of Book Expo America 2011, and appearing on a blog aimed at the People of the Book, I am presenting the full, unedited, text of the first book I ever wrote: Lawrence and Luther Lizard Go to Camp.

This work, written in 1988 with my coauthor Jon Kleinman, tells the epic tale of two lizards on their first trip to summer camp. With its elements of the paranormal and vivid depiction of dystopian society, it was sure to be a bestseller had we ever gotten around to our revisions. As it stands, the book, written on an Apple IIe and printed on an old dotmatrix printer, was inspired by our own previous summer’s adventures at

camp Kennebec in Maine, which, while being mostly filled with Jews (Wet Hot American Summer sums it up pretty well) had, like so many Jewish summer camps, appropriated North American indigenous culture in what I am sure are terribly offensive ways. That’s probably a blog entry for another time.

For now, I present Lawrence and Luther Lizard Go to Camp. I will leave the exegeses for the comments section.

It was the last day of third grade for Luther and Lawrence Lizard. They just said goodbye to their teacher, Miss L.E. Phant, and hopped on the school bus for home.

When they got home Mrs. Lizard had their favorite snack waiting for them; crickets and water. Mmm Mmm.

They were very excited because next week they were leaving for their first sleepover camp.

Camp Swampyland was far away from their home in Maine. Lawrence and Luther were only 9 years old and they never been away from home without their parents. They were a little nervous but they were happy to be away from their bratty little sister.

The week flew by and before they knew it, they were driving into the camp’s front gate. They saw the big lake and the cabins. There were lots of other guys all around. Everybody was playing and Lawrence and Luther couldn’t wait to join in.

They got out of the bus and saw a very large man. He introduced himself as Chris Crocodile, and said that he was their counselor. He said they should get their stuff into the cabin and get ready for swimming.

Chris took them to the lake for swimming and they met their swimming teacher, Fred Fish. Both of the boys passed their deep water tests and had fun goofing around on the waterslide and the big air tube. They asked Fred Fish if he would take them out for a canoe ride.

Fred said yes, so off they went. It was time for lunch. Everyone always complained about camp food. Luther said, “I bet this placemat will taste better than the food here!” Lawrence said, “Gee, I hope they serve crickets once in a while.”

They day went very quickly. At night the boys listened to ghost stories around the campfire. Then they went to bed. The next day was great! They played baseball against another cabin and won 6-2. They played football and went swimming.

The it happened! It was time for lunch. Everyone was saying they would rather be kissing a frog. The counselor told them about the big dance with Camp Swampyland for Girls. At the dance they served fresh crickets and water. The boys danced a lot and had fun. The next day they got a letter from their mom. It said, “How’s the camp food? Are you having fun? By the way, your sister wrote you a note: I miss U. I like ur toys-Linda.”

Lawrence and Luther suddently wanted to be home and to make sure Linda had not touched their new science kit! The next dauy was the beginning of switch week. This was when the kids became counselors and the counselors became kids. Lawrence became the head counselor of the camp and Luther became his assistant. The new cook, who was the boys’ friend Iswald, made wonderful meals. He fried crickets, roasted crickets, barbecued crickets and even mashed crickets. For desert one night they even had crickets with chocolate sauce!

The next day was very exciting for Lawrence and Luther. Their bunk was going on a campout. The campout was so much fun it went by too quickly. When they came back it was finally Saturday and the boys could wear whatever they wanted. They didn’t have to wear their camp uniforms that nobody liked. All too soon camp was over and the boys were sad.

Back home everyone said they had missed them. Lawrence and Luther remembered their science kit and raced upstairs to check it. They found it just the way they had left it. It was the end of a perfect summer, and they would soon have to go back to school.

Original first edition/printing can be read below (click on any image to make it larger):

C. Alexander London is the author of
We Are Not Eaten By Yaks: An Accidental Adventure, and the forthcoming sequel, We Dine With Cannibals
. As Charles London, his grown-up alter ego, he wrote
One Day The Soldiers Came: Voices of Children in War and Far From Zion: In Search of a Global Jewish Community
. 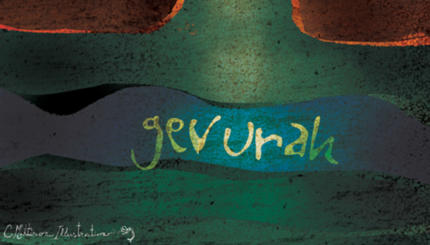 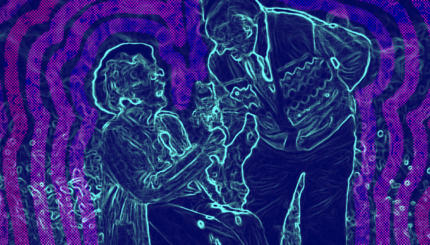 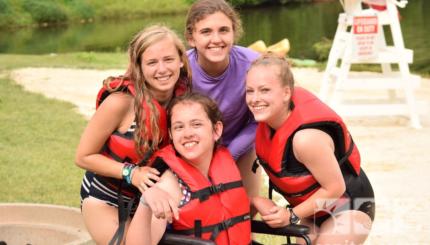