If you’re thinking that’s pretty obvious, good for you. If you’re thinking, “Hey, why the heck not?” you’re a lot like a corrupt rabbi in Elad who apparently worked with an Arab gang. The gang jacked the Torahs from synagogues around Israel, and the rabbi bought them, sometimes for “just dozens of shekels for each scroll”, and then sold them at huge profit to various congregations and communities.

In calls recorded by the police it became clear that the rabbi was aware of the fact that the gang he was in contact with was stealing the scrolls from synagogues but was apparently unconcerned with the fact.

So, is this like how good drug dealers are never supposed to use their own supply to get high? A good Torah thief never reads the Torahs he steals. If he did, he might realize he’s not quite following the letter of the law… 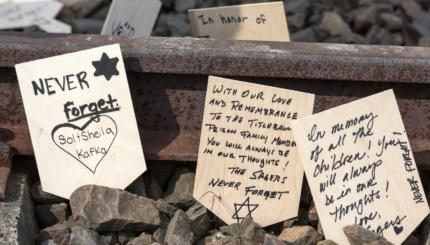 The many commandments in Judaism relating to remembering both positive and negative experiences motivate us to work towards redemption.