Avi Steinberg’s first book, Running the Books: The Adventures of an Accidental Prison Librarian, is now available. He will be blogging all week for the Jewish Book Council and MyJewishLearning’s Author Blog.

I was on a roll with my manuscript, a prison library memoir, of all things, and then Kafka rolled into my life. Or rather, I rolled into his. At about the time I was finishing up my final edits for
Running the Books
—my fledgling first book—my life fell into the abyss described by the good Dr. Kafka:

“What are you building?” asks the man.

“I want to dig a subterranean passage,” the second man shouts back. And continues, “Some progress must be made. My station up there is way too high. We are digging the Pit of Babel.”

Directly under every proud edifice, under every act of creative ambition, is a pit that will—that must!—take the mission in precisely the opposite direction. My pit was, appropriately, located in Tel Aviv.

I was living in Jerusalem last year, minding my own business in the Valley of the Cross, that cozy nook, when suddenly I got wind of some excitement from the coast. A riotous legal controversy was unfolding over an archive of literary documents, including some undetermined amount of unseen work by Kafka. According to local reports, the papers were stashed in the Spinoza Street apartment of a notorious Tel Aviv cat lady. (The number of cats in the woman’s apartment, like the number of Kafka documents there, is unknown and possibly unknowable.)

The details of the case were of soap opera complexity. This cat lady, it turned out, was the daughter of the secretary—and probably lover—of Max Brod, Kafka’s good pal. Brod escaped Prague for Tel Aviv in 1939, and lived there until his death. The cat lady claimed that the papers, which may be valued in the millions of dollars, were her inheritance from her mother, who received the stash from Brod as a gift. The Israel National Library

strenuously disagreed with the cat lady—while the Deutscher literary archive in Marbach, Germany totally disagreed with the Israel National Library. And everyone disagreed with Kafka, who, in about 1921, had politely requested that these papers be destroyed. And so a legal battle royale was going down in the Big Orange between the following parties, all of whom were entangled in shifting alliances with one another: the cat lady and her legal team; the cat lady’s sister and her legal team; the respective legal teams of the German and Israeli archives; an attorney from the State of Israel; and the court-appointed executors for the estates of the cat lady’s mom and Max Brod, respectively. Nobody who’s being honest with himself really knows how many lawyers are involved, not even the judge. This information, like the number of cats and Kafka documents in Spinoza Street apartment, is hidden somewhere in the Pit of Babel.

Looking for a break from my prison memoir, I decided to make a trip to Tel Aviv. I figured I’d take in the court proceedings as a form of entertainment. Compared to watching a Beitar Yerushalayim soccer game—whose fans’ interminable chant “Jerusalem War-fare!” gets old after about fifteen minutes and becomes panic-inducing after half-an-hour—the Kafka trial seemed like a fun diversion.

Given the space constraints of the blog form, and the limitations of human reasoning, not to mention propriety, I will say only this about what happened next, once my life intersected with Kafka’s. My life wasn’t ruined, per se. There’s a certain clarity to ruin. No, my life simply vanished, unceremoniously sucked into some vent in the Tel Aviv District Court, and hasn’t been seen since.

In theory, I’m wrong. A lot has happened in my life since then. I finished my book edits. My strange musings about Kafka’s final will were quoted in The New York Times. I moved back to the United States. My prison book came out and wasn’t a disaster (in a dream of mine, the great sage and perpetual bestselling author, Rashi, had foretold a publishing fiasco—thanks, Rashi).

On the surface, things seem fine. My body gets out of bed and does normal things. It brushes its teeth. It goes places like the gym, the supermarket, dinner parties, and aquariums. It finds its way into pet shops to play with cats. It gets excited when it receives the latest issue of Cat Fancy magazine. It walks down the street, stops in front of massage parlors, which is doesn’t enter. My body talks to disc jockeys about the authors who’ve influenced its writing. But it’s like none of it is happening. None of it feels real.

The real me is still sitting in the back row of the Kafka hearing, as untold hordes of black-robed lawyers shout at each other endlessly and accuse their opponents of desecrating the memory of the Holocaust. Each in turns looks at me, little old me, with suspicion. All the while, the judge sits there, appearing massively hung over, her chin propped up on her palm, observing the proceedings with lifeless eyes. Two feet behind her, visible through a window, a giant wrecking ball swings by. Then it swings by again, in the other direction, the force of its motion rattles the window horribly. A drill bears down above me, sending a small cloud of plaster onto my lap. The court’s official clock has stopped at 5:32. I swear this was how it was.

I regret to report, this is still how it is for me. And for all I know, how it may always be. Half a year later, I can make a preliminary assessment: I never really emerged from that courtroom. Maybe I was always there. It’s hard to say, so I won’t speculate just yet. But I might add, for the record, that whatever happened in there I don’t blame Franz Kafka. With all of his might, with his very life, he tried to warn me.

Avi Steinberg will be blogging for the Jewish Book Council and MyJewishLearning all week. His first book is Running the Books: The Adventures of an Accidental Prison Librarian. 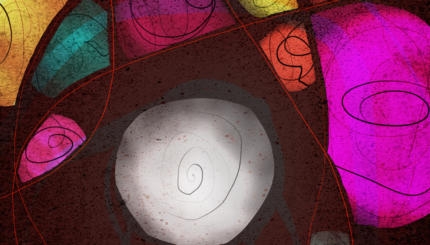 The rescue of the hostages of Air France Flight 139.