“I Keep Kosher, But I Eat Dairy in Restaurants”

More often than you would think, I get asked this question: If you were to eat something un-kosher, what would it be? Luckily, for me at least, this is a very easy question. Shrimp. I would eat as much shrimp as  I could.

Now some people might have a problem with this. I know people who don’t even like to eat fake shrimp or fake bacon, etc. because it is too similar to the real thing. To them, it isn’t just the prohibition against eating pig, it’s the idea that Jews are supposed to eat differently from others.

And thanks to this video a loyal reader of ours sent, we find out that this isn’t just a Jewish issue. The Muslims deal with this problem too. In this satirical video, owners of a convenience store debate whether or not it is morally fine for them to sell pork rinds in their store.

If you have any videos that you would like us to feature, send us a link and we might feature it!

I Never Tasted Shrimp So Good!

Last night on my daily supermarket run I picked up some Full Circle Shrimp for the whole family. I had ... 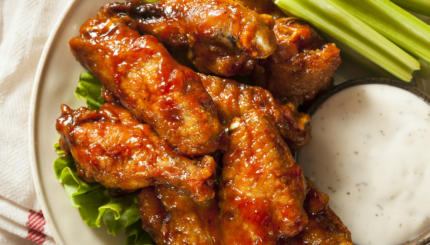 In her last posts, Jennifer Traigreorganized her library and looked at the changes from her past year. She has been ...