How to Talk to Kids About Brit Milah

Can someone explain to me why Sandra Bullock’s baby had a bris? Does this make any sense to anyone?

She said that Louis even had a bris, presumably soon after they brought him home as a newborn in January. This was long before Jesse’s mistresses surfaced so he would have been there for the Jewish ceremony.

“A friend of ours helped arrange for a bris at the house, because we couldn’t go [to a hospital for the procedure]. The mohel [a person trained in the practice] came to us. You have never seen adults more panicked about what was about to happen to their son, but the celebration and the amount of love we felt and the pride in the little man whom we love so, so much became the greatest moment I have ever had in my life.”

According to Wikipedia Bullock grew up in Germany but has never spoken about her religion publicly. Her mom was German. She spoke the word mishegas at the 2010 Oscar ceremony. So maybe she’s Jewish and maybe she isn’t. I don’t really care except…

I’ve been to some very festive brises, and I think in a weird way it is a beautiful ritual because it connects us today to the hundreds of generations before us. I’m pro-circumcision, for sure. BUT. If you’re not Jewish, and you’re not doing it to provide the connection to your heritage and to imply some kind of Jewish practice in the future, then it’s just a big celebration for some guy cutting off a piece of a baby’s penis. And that’s officially weird, right?

I’m going to choose to believe that Bullock is Jewish because she’s awesome and I completely want her to be on our team, so to speak. Also because having a big exciting bris for a non-Jewish kid seems really odd.

Pronounced: briss, Origin: Yiddish, Jewish circumcision ceremony for an 8-day-old boy, marking the covenant between God and the Jews. This term is short (and uses the Yiddish pronunciation) for brit milah, which means covenant of circumcision.

Jews, Non-Jews, and Being Losers Together

Yesterday, I put out a Twitter call: What should I write about? The always-dependable dlevy asked, in reply, “have you ... 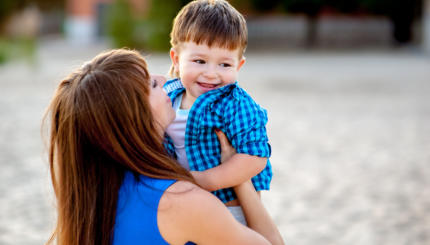 Is it an offer you can't refuse?