Jewish Characters on TV: The Best of 2009

I have Jewish guilty pleasures, too. Some of them are foods: yerushalmi kugel, which is utterly delicious and also horrifyingly bad for you, Babka, and brisket (I’m a vegetarian, but I still sometimes dream about brisket). Other Jewish guilty pleasures include: showing up to shul on Shabbat for the second half of musaf, categorizing everyone as either a religious zealot or a heretic, and delighting in the sordid gossip of the synagogue you don’t go to.

What are your Jewish guilty pleasures?

By far the most intriguing match up that we have seen in the tournament yet. The last match #3 Challah ...

How Authentically Jewish Is My Chicken Soup?

What does it mean for a recipe to be authentically Jewish? Here at MJL we try to bring you great ... 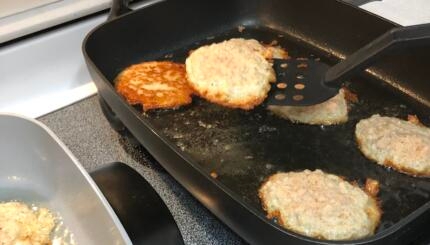 My identity as a young Jewish feminist in the kitchen