When the Sacramento Kings drafted Omri Casspi from Israel back in June, I was pretty excited. Being a die-hard Kings fan, having an Israeli on my team was just an added bonus. Now, whenever someone tells me they don’t like the Kings, I tell them they are anti-Israel. And I stand by that.

If the Kings had just drafted an Israeli, dayenu, it would have been enough. But Casspi has proven to be a pretty darn good basketball player. Just check his stats. And those stats don’t even mention that he has scored 21+ points in his past four games, including a 24 point/7 rebound/0 turnover contribution last night against the Suns. Needless to say, life is sweet for all Jewish Sacramento Kings fans.

To help adjust to life in California, Omri brought along his older brother, Eitan, to live with him while he tears up the NBA. Now, with the season in full swing, I caught up with Eitan and Omri to find out how they’ve been doing.

Jeremy Moses: How do you think being an Israeli has prepared you for the NBA?

Omri Casspi: You know, it’s who I am. I can’t compare myself with Jews who grew up here or even other Israelis. I only know myself. I play hard and tough for my team to win. That’s all I care about. Winning and helping my teammates win. Just play hard, play strong defense. That’s what we do. That’s what I do.

When you were initially drafted, did you know anything about the Sacramento Jewish community?

Omri: I didn’t know much about the community. I had only come here once to work out before the draft. As I said though, I didn’t know a lot. I knew it was a smaller Jewish community. But I can only say good things. They’ve been warm and worked with me since day one.

Did you know anything about Sacramento as a city?

Eitan Casspi: No. Not at all. But Sacramento has been great. Great city. Great restaurants. Good clubs. Good people.

How much has the Jewish community in Sacramento embraced you?

Omri: It’s really been great. No, it’s been amazing. They’ve been helping me since the day I got here. They’ve made me feel like I am family. I really feel blessed to be in this position.

Last week, you said in your halftime interview during the Cleveland Cavaliers game that Shaq spoke to you in Hebrew. What exactly did he say?

Omri: He wished me luck and spoke a couple words of Hebrew he knew. He said “Shalom,” “Shalom Aleichem.” Basic stuff like that. It was really nice of him.

Has he been the only player to do something like that?

Omri: Yeah, he’s been the only one so far.

In that same game, you also defended Anthony Parker, who, just like you, wears #18 in honor of the time he spent playing in Israel. Did you talk about your number at all with him?

Omri: We didn’t talk about it but I know he knows why it’s special. Anthony was a great leader and player when he was in Israel. He was one my idols growing up. It was an amazing experience competing against him on the floor.

Has it been hard not living in Israel?

Eitan: It’s not too hard. Our parents come back and forth all the time. My fiancÃ© is here often. My friends are always coming to visit. We really haven’t felt alone at all.

Do you think Omri has appreciated you around?

Eitan: Of course. For sure. We’re best friends. We talk about everything. As I said, our parents also have visited. And we have tons of friends here. It’s been good for Omri to have people around.

Have your teammates asked you much about Israel?

Omri: They’ve asked a lot about the Israeli people. They were curious about the wars we’ve had in the past. They want to come and visit.

I know you are from a fairly secular family in Israel. Has it been weird to have the religious community in Sacramento take you in?

Eitan: No, it’s been nice. We celebrated the holidays here with the Jewish community. It’s different but it’s still good.

Being the first Israeli in the NBA, you’ve gotten a lot more press, including a feature in Sports Illustrated, than the average rookie. Do you think you’ve been handling it well?

Omri: Yeah. We’re already playing two and a half months now, 30 or so games into the season. My number one concern is preparing myself to be ready for the game. I’m just happy that there is a lot of support and attention from a lot of people.

Finally, one-on-one, who would win in the battle for best Jewish ball player in the NBA. You or Jordan Farmar?

Omri: Ha. I don’t know. I guess we will just have to wait and see. 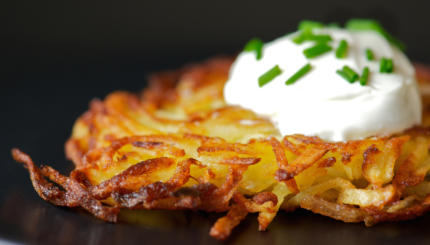