Jews wear a lot of hats. I mean that metaphorically but also literally: from black hats to fur hats to little white tent-yarmulkes to doilies to the Jackie O cloches of the Modern Orthodox upper-middle-class, hats and headcoverings mean different things — important things — to Jews. 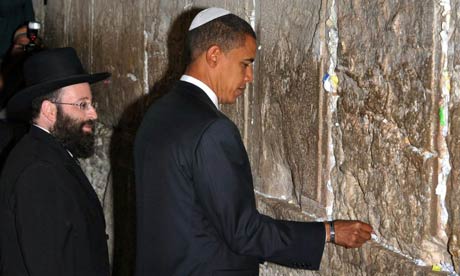 There’s the idea of covering your head to show modesty before God, and the idea of covering your head to shield it from other people. Observant men cover their heads whenever they make a blessing. And sometimes people cover their head-coverings — when entering a non-kosher restaurant, for example, or when you’re trying to appear inconspicuous for one reason or another. (Lest your mind jump to unkind judgments about people who wear yarmulkes, let me tell you: I spent nine months of my life wearing a tweed hat while living in parts of Eastern Europe where you didn’t want to be spotted wearing anything vaguely Jewish except an Uzi.)

What got me thinking about all this was Facebook. Two friends of mine, both amazingly talented performers, both from way different parts of the musical/social/spiritual continuum, and separated by thousands of miles, popped up next to each other on my friends list. Their pictures were next to each other — and, to be honest, it was hard to look away. If for no other reason than, well, this:

Insert here the jokes about how all Jews look alike. (It’s true.) But it’s funny how, aside from their finely-trimmed beards or their studiously artistic composure (Jon Madof, left, fronts the experimental jazz band Rashanim; Patrick A is the singer for Jewish punk band Can Can), both of them have singular headgear.

When I started wearing a yarmulke and hanging out with mostly Orthodox people — significantly guys, for the purposes of this post — I would frequently realize how often my yarmulked new friends were, well, not yarmulked. We’d go out on a Saturday night and I’d be wearing my new black velvet kippah, possibly still with the price tag on the underbelly, and I’d be accompanied by half a dozen guys in baseball caps, one in a ski cap, one in a Holden Caulfield hunter’s hat, and one, only the good Lord knows why, in a sombrero.

At first I thought it was akin to my reticence to wear a yarmulke in Prague. Not that they didn’t want to be lynched, necessarily, but that they didn’t want to be instantly identified as Jewish. It’s a stigma, after all. Either they were being low-key about it or they were being ashamed of their Jewish pride. In fact, I can remember people going on self-righteous anti-hat crusades, saying that hats equated ethnic shame. “You’re a Jew!” they would rant and rave. “Be proud of it! Why do you need to hide beneath a hat? Do black people hide their skin beneath a hat? Did Moses need to hide his Judaism? Did Anne Frank?”

I would stop myself before mentioning that Moses lived several decades undercover as a Coptic Egyptian, and that Anne Frank probably didn’t have a choice in the matter — yellow armbands, you know — but it’s each person’s choice. Besides, wasn’t wearing a yarmulke and hiding it better than not wearing a yarmulke at all?

Now I’m older. I still wear a yarmulke (covered, sometimes, by a knit cap or a hoody). I live in New York, where I’m surrounded by a lot of other people who also wear yarmulkes — and many people who don’t. Some of them, of course, just don’t wear yarmulkes straight-out. But others are deeply devout, and yet you’ll rarely catch a glimpse of them in just a kippah — the hip-hop artist Y-Love, for instance (he wears a tweed jeff-cap), or rabbi/author Danya Ruttenberg (yarmulke with attached devil-horns — well, sometimes), or even the Biala Rebbe (either a Stetson hat or a fur-tipped streimel, depending on the day of the week).

And I think I’ve hit upon the reason. Even though we’re all Jews, and we all cover our heads to honor the same ancient decree, we all want to do it in our own way. We don’t all pray with the same voice, or using the same language. We don’t dress the same. We have our own traditions that we might share with our family, or our friends, or the synagogue we attend. But in the modern cult of individuality, for better or for worse, we feel the need to self-identify with everything we do, from the way we act to the way we practice our religious rituals…to the clothes we wear.

And that’s why we cover our heads in different ways.

One last point: In the ’80s, the two big foreign synth-pop groups were Men Without Hats and Men at Work. Men Without Hats, in spite of writing a song with a Jewish mother-approved title (“The Safety Dance”), faded from sight. Men at Work, on the other hand — who have frequently been seen wearing hats, and come from Australia, where ozone conditions dictate that you should always wear a hat — have a song that’s become the most recognizable Jewish wedding song ever:

You see? It’s the hats that always win. Hence my argument that, given the choice, Jews will always gravitate toward odd and unique headgear. So there. 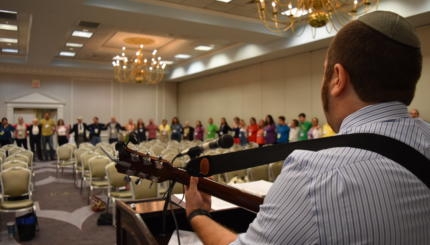 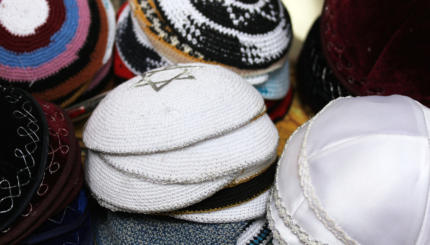