Music Round Up: Y-Love, DeScribe, Crystal Method, Matisyahu, and More

It’s not news that a Hasidic Jew can rule the charts or that Yiddish-revivalist klezmer-punk bands are capable of rocking out. The big revelation of Jewish music in 2009 might be this: The Jewishness just might not matter.

Hasidic singer Matisyahu‘s song “One Day” was named the official song of the 2010 Olympics — not because or in spite of the fact of his being a Hasid; it’s just a good song. Meanwhile, Jewish music labels such as JDub and Shemspeed have tried to breach the mainstream with new offerings — in some instances, releasing hip-hop or folk-pop albums that just happen to have Jewish content; in others, introducing the world to entirely new forms of music based on traditional Jewish modes and melodies. Below are the year’s top five moments in Jewish music, from the mainstream to the cutting edge.

“No one’s laughing at Godâ€¦we’re all laughing with God.”
Regina Spektor, “Laughing With”
Regina Spektor breathes new meaning into the idea that there are no atheists in foxholes — that, just by living, we’re both getting played with by God and hanging out with God. In her song, the Creator is variously portrayed as the coolest guest at a party, a funny uncle, and Jiminy Cricket. In the end, God is one of us — or, at least, God is someone we aren’t totally weirded out about being created in the image of. 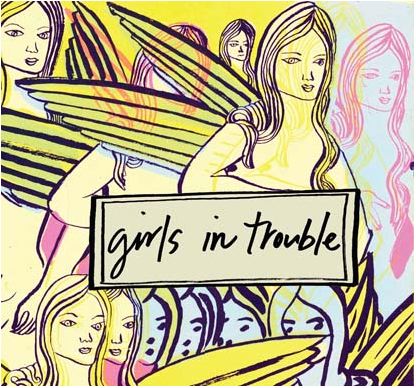 Of all the developments in Jewish music this year, none is likelier to be lasting — and none takes its inspiration from a greater source — than fiddler Alicia Jo Rabins‘ solo project. She picked ten female characters from the Bible, from Miriam to the nameless woman accused of adultery in Parashat Naso , and wrote songs in their voices. The songs can stand on their own, even if the listener doesn’t know about the biblical tie-ins or even that they exist. But listening to them in tandem with the source material is an enriching, and mind-blowing, way that raises both the songs and the text to new heights.

“We are men of nature/We are made from the earth/At the end of my eighty, I’ll return to the dirt.”
Matisyahu, “Of Nature”
Matisyahu’s new Light album (which we ran an amazing interview about) is a solid mixture of feel-good pop and weighty messages–his statement is that you can have a good time without losing sight of a greater purpose. The new CD’s lyrics have lost the cliches of Matis’s early music without compromising his message or his beliefs, which could easily be written off as cheesy or solipsistic, except he’s so good at expressing them. Yes, it’s weird that millions of middle school kids are going to be slow-dancing to a song by a Hasidic Jew. But who would you rather inspires them: Matisyahu or Eminem?

“Some bugs are kosherâ€¦I don’t know which ones. But do you really wanna eat bugs?”
Dan Saks of DeLeon, from G-dcast

Hey, there’s kosher, and there’s kosher. MyJewishLearning has seen some cool Jewish stuff (and even propagated a bunch of it ourselves), but making a Sephardic country-rock song that teaches which animals are kosher — and gets them stuck in your head — takes a genius.

“Fill up my cup/Mazel tov!”
Black-Eyed Peas, “I Gotta Feeling”

How to move a Jewish idea — admittedly, a tangential one — into the mainstream of party-happy American consciousness and have Cosmo readers scratching their heads? For that, we can thank will.i.am of the Black-Eyed Peas and his collaborators. Admittedly, it’s not a deep idea — there’s a call-and-response part of the song where one of the Peas yells out “Fill up my cup!” and another replies “Mazel tov!” — but it’s a good-natured inclusion of a time-honored Jewish ritual. (Later, backup singer Fergie replies with “L’chaim!”) And will.i.am sounds at least as cool as any rabbi when he says it.

Regina Spektor’s “Far” Snuggles Up Close to Me

This is the best birthday present I’ve gotten all year. Regina Spektor’s third proper album, Far, is like that cynical ...

Matisyahu: Return of the “King”

Although I can’t actually remember whether he played “King Without a Crown,” that iconoclastic first single that a friend swore ...

Apropos of nothing:Oh, Jewish blogging world, you are losing your touch. Or maybe I’m just losing touch with you. Last ...