Megillah on the Run

This season, New York City Opera brought back on stage the late Hugo Weisgall’s Esther, a contemporary work based on the biblical story of mortal danger and miraculous survival. Set in ancient Persia, the opera engages questions of destiny and assimilation, violence and victory, thus making it relevant to contemporary audiences.

The plot of the opera stays surprisingly close to the ancient text of
Megillat Esther
. King Ahasuerus, here dubbed as Xerxes (probably because the latter name works better for libretto–try rhyming to the former!) in a drunken rage, banishes his wife Vashti. He searches for a new wife to dispel his solitude, and Esther, a seventeen-year-old Jewish girl, finds herself the chosen one. In the meantime, the king’s minister Haman concocts a plot to destroy Mordecai (Esther’s uncle) along with all of the empire’s Jews. When Mordecai pleads with Esther to intervene, Esther accepts the challenge, subjecting herself to mortal danger, and reveals to the king her Jewish origins and Haman’s plot. Haman and his family are hanged and the Jews are allowed to arm and defend themselves from their enemies, emerging victorious from a bloody battle.

Opera turns out to be a particularly auspicious genre for representation of the megillah, a text that is traditionally chanted in synagogues on Purim. Using the technique of cantillation, the text is read with a complex melody, which, at times, hints at its possible hidden meanings, adding a musical, theatric element. Other Torah readings are also read with special cantillation; however, if the theatric element is all but lost to weekly routine, on Purim the readers of the megillah turn it up a notch, playing up the musical potential of the text, and contributing to the general atmosphere of carnival and hilarity.

In essence, that is how opera works as well, turning the text of the libretto into a musical composition–a stylized, sung speech. This is particularly true for modern composers, such as Esther‘s Hugh Weisgall, who avoids explicit melodies and instead focuses on abrupt, broken-off, and often atonal phrasing that has more in common with day-to-day speech than with catchy ditties that many earlier operas contained. The performance thus becomes more tense, theatrical, and challenging.

The choppiness of Weisgall’s style works well with the theme of Esther: snatches of fear, violence, power, eroticism are all thrown at the audience in a way that is modern and therefore more obtuse, disconnected. Occasionally, a familiar (klezmer-like or popular) melody appears for a split second and then vanishes back into the complex fabric of intonations and sounds.

Lauren Flannigan’s performance as Esther is truly outstanding; a seasoned performer, well into her middle-age, she seamlessly plays a seventeen-year old girl, both awkward and graceful, dreamy yet sharp and sophisticated. Roy Cornelius Smith makes for a memorably vivacious Haman, who is not merely evil as the biblical text makes him out to be, but is also complex, likable, and deeply emotional. The expanded part of Hegai is performed by Gerald Thompson, who, as a counter-tenor, sings in the highest, castrato-like pitches, which is quite fitting for his role of the king’s eunuch.

Questions of Assimilation and Responsibility

In the opera’s narrative, Esther, having become queen, distances herself from Mordecai and his heritage. When Mordecai comes to inform her of Haman’s plan, she at first refuses to react, claiming she does not have much to do with the nation any more. Yet, it slowly begins to dawn on her, she’s responsible for her people: we’re all responsible one for another, reminds Mordecai, echoing the talmudic dictum.

“Who am I?” asks the queen, over and over again, finally responding: “I am Esther.” This apparently simple response actually contains the deeper realization that Jewishness is the defining characteristic of her self, her essence; the opportunity–and obligation–to save her people is why she was destined to become Queen of Persia. Struggling with this idea, and in disbelief, Esther gradually summons her strength, her charm, and sheds the layers of herself, publicly pronouncing her Jewishness and petitioning for her nation’s survival.

The Jewish crowds appearing in the production all wear black, almost burka-like outfits. In a pivotal scene, they fill the stage while Esther, in a colorful blue dress, stands out among them, like a symbolic ray of hope against the dark, fear-ridden background. Even at the opera’s culmination, despite the apparent relief of deliverance, the Jews still wear those same garbs. Dark themes pervade the play until the end, and offer no respite.

On the carnivalesque holiday of Purim, the Book of Esther is usually seen through the lens of hilarity and joy. Weisgall offers a different perspective, focusing his opera on the darker aspects of the text, particularly, the violence.

The show opens with ten shadows on the gallows–belonging to the hanged sons of Haman–and a gravedigger recounts the opening of the tale. This morally problematic image is made even more explicit at the end of the play, when Haman’s whole family is dragged away, including a few boys probably under the age of ten. While traditionally, in synagogue readings, the persecution of Haman and his clan is greeted with joy, Weisgall questions this glee, exposing the disturbing violence surrounding the cruel punishment which included those who were far from being responsible. To a Jewish viewer, the first moment of the opening scene may immediately summon the imagery of the Holocaust; yet, how does this reaction change, when one realizes who is really hung on the gallows?

The theme of violence is further underscored when Xerxes declares he cannot withdraw his order to destroy the Jewish people; yet he is willing to let them fight back. He is locked into the paradigm of his own power, and it backfires against him: once the machinery of war is started, it cannot be stopped–only magnified.

The hilarity and joy of Megillat Esther is shed in the opera, its narrative turning into a suspenseful, thriller-like tale, dark and depressing. Carnivalesque atmosphere, however, remains and carries through the outstanding costumes and fantastically colorful stage arrangements. A contemporary Jew, Weisgall asks his audience: is it possible to really revel over the enemy’s defeat–if it involves so much violence and trauma? 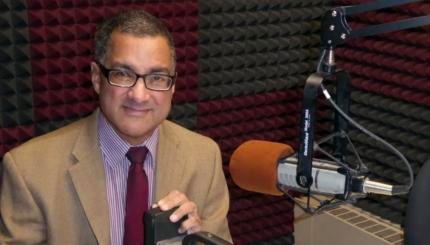 Purim is about concealment. More specifically, it is about movement from the covert to the overt. There is a sustained ...