Despite the fact that Fool’s Gold is a band from Los Angeles –or maybe because of it–it’s notable that, when lead singer Luke Top starts singing, I start having flashes of my year living in the Jerusalem Shuk. 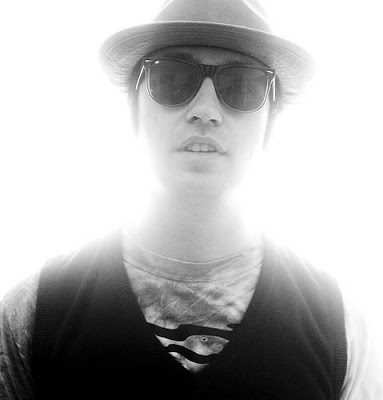 Top, an expatriate Israeli, moved to Los Angeles with his family when he was three years old. He has a voice that is equal parts soul music and indie-pop, and besides his burgeoning solo career, his new band Fool’s Gold just released their debut self-titled album on IAmSound Recordings. It’s a mix of Caribbean rhythms, thumping pit-of-your-stomach rock, and reggae harmonies. And, yes, the lyrics are nearly all Hebrew–although, as Top describes it, it’s very much his own version of Hebrew. Like Sigur Ros’s fusion of Icelandic and English (the band calls its mix “Hopelandic”), Top’s Hebrew-English fusion is characteristic of a much deeper confusion…and, with it, a celebration.

“It’s confusing, to be in the west, and try to make sense of all the chaos happening in the Middle East,” he says. “I mean, a lot of my family has been through the Israeli army system, wars, and I’m over here enjoying air conditioning, eating hamburgers, and making music. It’s the sacrifice my family made to leave their home and bring me to the U.S.”

MyJewishLearning: What’s it like singing in a language that most of the people around you don’t understand?

Luke Top: It actually amazes me that we haven’t experienced any resistance to it. On the flip side, people in the audience who don’t know Hebrew might start singing along, which is a very beautiful thing when it happens.

Did you grow up around a lot of other Israelis or Jews? What was it like, socially and musically?

I was born in Israel and was moved to the U.S. at the age of three. I grew up in a sort of spiritual purgatory in Los Angeles. I didn’t quite feel Israeli but also was sort of estranged from the American culture around me. This tension definitely focused my attention at an early age, perhaps leading me to play music and seeking out worlds beyond. As far as my Jewishness is concerned, I always (and still do) feel very tied to the culture and the people.

What drew you to African music in the first place? Do you play with a lot of other African bands?
Something I especially love about African music is that there is so much of it that is influenced by American pop and rock. This intersection of tradition and aesthetics is enthralling to me- and not just in African music. You can hear it in Brazilian Tropicalia, Korean pop, Turkish Psychedelic music, etc. Although I’ll never really know why I’m so drawn to it, the experience of playing in Fool’s Gold is a good path to finding out.

What inspired the song “Yam Lo Moshech?” It feels almost prayer-like, although on the surface, it’s not about anything but existing…

This song is about a moment. One where you realize everything in your life, in that instance, is simply ok: “Ha Yam Kvar Lo Moshech” (the tide isn’t pulling me), “Ve Ha geshem lo yored” (and the rain isn’t falling). These moments can be both rewarding and shocking, especially after overcoming a conflict. Therein lies the melancholy and triumphant mood of the song. And lots of beach imagery.
Do you tell your bandmates what you’re singing about? How soon into writing a song do the lyrics come?

Absolutely. Especially when I ask them to sing group vocals in Hebrew, its makes sense that they know what the purpose is. I typically will start with a concept and try to let the music assist me in shaping the ebb and flow of the lyrics.

Check out Fool’s Gold’s video for “Surprise Hotel” here, or get their self-titled debut album now.

Salute to Israel Parade: An Interview with HaMakor

Next week, the Israeli jam band HaMakor will be headlining May 31’s Salute to Israel Parade in Central Park. First, ...

Here’s the moment I knew Matisyahu had stopped being a Jewish phenomenon and entered the realm of pop culture. My ...

Michael Goldwasser is the heart of the Easy Star All-Stars — a collaborative reggae group made up of members of ...