My whole life revolves around trying to make myself look cool. If you could jump into my mind, you would hear me screaming, “Look at me Coolest Girl in the Class! I’m witty! We have so much to talk about? Are you into wrestling? No? Well I’m sure there are other things. Oh, don’t talk to him…Damn.”

One of the many things I do to make myself look cooler is listen to The Beastie Boys. I remember, I must have been around five or six when I first heard “(You Gotta) Fight For Your Right (To Party).” I didn’t understand much of the song except that not letting someone party is wrong. I’ve been a civil rights activists from a very young age.
What I love so much about The Beastie Boys is that they don’t try to be people who they aren’t. They came onto the hip-hop scene when it was still very much urban music. Yet the Beastie Boys didn’t try to emulate that. They just were who they were, three Jewish boys from New York who made fantastic rhymes.

What’s so amazing about The Beastie Boys is their relevancy. We’ve been talking for the past three weeks about Michael Jackson’s career and his relevancy, but the guy hadn’t been relevant in 20 years. If The Beastie Boys came out with a huge single tomorrow, no one would bat an eye.

Yesterday, we got some bad news. Adam “MCA” Yauch was diagnosed with cancer. Luckily, he says that it is very treatable and it won’t effect his (distinct) singing voice. However, their tour and record release have been delayed.

I think a refuah shlema is in order from all of us. 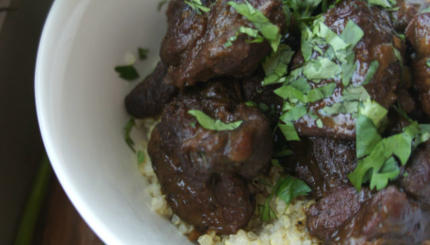