Why Does Anyone Talk at Shul?

I spend lots of time at shul these days, but I tend to be the only woman in the women’s section, and thus don’t have anyone to talk to during davening. I actually prefer to zone out during shul and not talk much, and now I’m really glad, since I read in Voz iz Neias that talking in shul causes cancer:

At a Rosh Chodesh event held in Ashdod at the Shevet Halevi community in Ashdod, Rav Avraham Eliezer Vozner, the grandson of the Shevet Halevi, spoke about the increased incidence of people who had come down with “yenem machla.” [cancer]

He related that his grandfather had recently told him of 10 people who had come down with the machla from his own community. He then asked his grandfather, “Until when will the Satan cause tragedies among us? Doesn’t it say that ‘the tzadik decrees and Hakodesh Baruch Hu fulfills’?”

“My grandfather told me, ‘How can one give blessings when there is interferences?’ When I asked him what was interfering, he told me, ‘When someone talks on the telephone and in the middle of the conversation, the reception fails — the conversation goes dead. It’s the same thing with prayer. The conversation is cut off.

Emphasis mine.
I can’t be the only one who finds this insulting, right? Surely a better way to address this issue is through song and dance. Take it away, Miami Boys Choirâ€¦

She’s So Frum She Davens In Her Sleep

This past weekend both of my sisters came into town and we had a little Vixen Shabbaton (get it? Foxesâ€¦vixensâ€¦?). ... 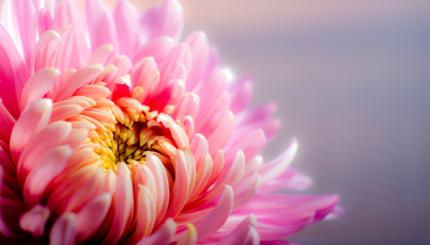 Prayer of a Cancer Survivor

I was just diagnosed with breast cancer. So, there’s that. In some ways, it’s hardly a surprise since my mother ...

How to Be the Jewish Daughter of a Cancer Patient

Today is World Cancer Day, a day when people worldwide are focused on cancer, to encourage its prevention, detection, and ...