I spent this past weekend in Chicago, hanging out with a friend whose mother was in hospice. On Friday night she and her family came over for Shabbat dinner, on Saturday we hung out in the evening, and then she went to see some other friends, and I visited her mother. On Sunday morning (Mother’s Day, for the love of God) her mother died.

Before her mother died we had a couple of conversations about the way people behave around the families of those who are dying. During the six months that I was taking care of my mom we had literally hundreds of visitors, and especially towards the end it was clear that they expected me to be a complete wreck, sobbing and moping around and generally unable to hold myself together. And of course, there were moments when I absolutely fit that description. But a girl can only cry so much. I would be a mess for ten minutes, maybe even half an hour at a time, and then I would be dry-eyed and coherent and able to make jokes and have a normal conversation. And after my mother died, in the week of shiva, I did a lot of crying (and someone kept stealing my box of tissues, so I would be just absolutely sloppy with tears) but honestly, I also had a lot of nice normal conversations. My friends were around every night, and we talked about my mom a lot, but we also talked about whatever happened to that weird guy from 8th grade, and wondered who of us was going to have a baby first (that question has since been answered, b”h), and just generally hung out. It wasn’t that I wasn’t sad and a little shell-shocked all week, it was just that being visibly upset is incredibly draining, both emotionally and physically.

In the weeks just before and just after my mother died, people were constantly asking me, “How are you, really?” and I was sometimes honest, and said, “Crappy.” And sometimes I said, “I’m okay,” which wasn’t true, but I didn’t have the energy to go through why I was upset with whoever was asking.

People seem to have expectations about how sad someone should be, and how that person should demonstrate their sadness, when coping with a serious loss. And that’s really ridiculous. If you’re talking to someone who’s just been through a major trauma, don’t assume they’re not upset, even if they’re acting normally. Take your cue from the person you’re dealing with. If she doesn’t seem like she wants to talk about her loss at that second, don’t feel obligated to bring it up. Instead, try just chatting normally. She might appreciate having a break from all of the forced emoting. 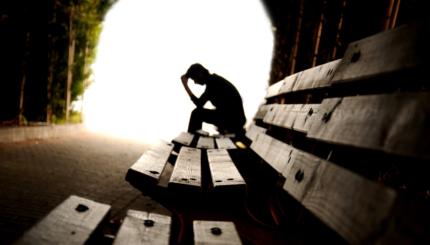 Depression & Suicide: What You Need to Know

Rachel hasn’t been herself lately. She used to be active on the debate team, run track, and always be up ...