VIDEO: How to Make Simple Hummus

I’ve been watching the Israeli movie HaSodot (The Secrets) on youtube over the past few weeks. It’s in Hebrew and French without subtitles, and sadly, I don’t speak French, so there’s a subplot that I’m really not getting (Franny Ardant is a baalat teshuva in tzefat after being released from prison for murdering a past lover. For some reason there’s no door on her bathroom…). The main story is about two girls who meet in a women’s seminary in Tzefat. One is the resident teacher’s pet, daughter of a Rosh Yeshiva, whose mother recently died and is due to get married soon. The other is a cynical French beauty who smokes and rolls her eyes. Somehow, they become the best of friends, and then more than friends even though they’re uber frum and one of them is engaged. I haven’t watched the end yet, but I bet they don’t ride off into the sunset together, so to speak.

Honestly, I don’t love this movie as much as I hoped I would. For one thing, it doesn’t seem to know as much about Haredi life as it claims. A Haredi girl learning gemara? Nuh-uh. I do, however, love watching how it portrays Israeli society. Crazy hippy haredim dancing and singing on a bus on the way to Tzefat? I have been on that exact bus and met those exact guys. They smell like pot, by the way. 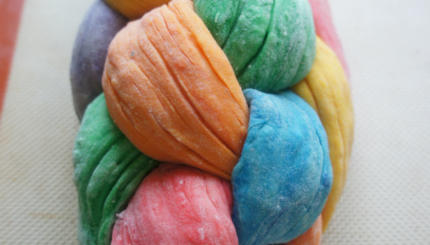 You know those people who get sick of eating French fries or potatoes? Yeah, I am not one of them. ...