My high school was in the news around New Yearâ€™s because it received a bomb threat on Dec 31st. I remember reading this and being kind of shocked, and kind of amused. On September 11st 2001, I was a senior in high school, and the day of the attacks hundreds of parents called the school to find out if they should come get their kids. It seemed ridiculous to me at the timeâ€”somehow a small Orthodox Jewish high school didnâ€™t seem like a natural target to terrorists who had targeted the World Trade Center and Pentagon. We seemed pretty small time in comparison (and were, for sure). But now the school is receiving what I guess are fairly legitimate bomb threats, and some guy has just been arrested in connection with that case.

The guy lives only a few blocks from my parentsâ€™ house in Chicago, and apparently he told reporters that he is being wrongly charged: “I’m too busy studying and working to commit [hate crimes],” he said.

I have no idea whether or not heâ€™s guilty, but it occurs to me that writing a bomb threat and actually bombing a place are about as different as chalk and cheese. As a student of engineering, this guy may not have time to make bombs, but he probably does have time to write a threatening letter. If he was really going to bomb the place, he probably wouldnâ€™t give enough warning for the school to close.

Ugh. These cases give me headaches. I certainly donâ€™t like to see my school and neighborhood vandalized by anti-Semites, but I also donâ€™t think the feds have much on this guy theyâ€™ve arrested. Looks like another case of everybody loses. 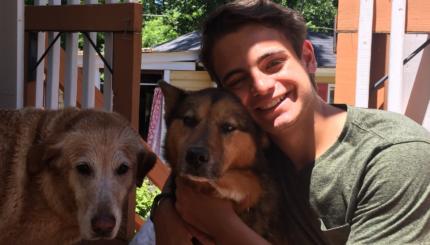