My rebbe is an awesome man. His family lives in a little falling-apart shack on the edge of Boro Park, above their synagogue, which is relentlessly busy and always plundered by a steady stream of visitors, and the occasional kugel floats in to the study hall, only to be mercilessly devoured — it’s kind of half community center and half Salvation Army (well, without the missionizing).

I’m fortunate. According to Shauly Grossman, a 21-year-old singer and songwriter (he wrote the title track to Hasidic superstar Lipa Schmeltzer‘s new album), “There is a certain percent of rebbes who arenâ€™t doing what theyâ€™re supposed to do and are just doing it forâ€¦ the fame and the money and stuff.”

That was the subject matter for a song he wrote, which got picked up on YouTube and turned into the newest Haredi viral hit. I’m not even that Haredi, and it freaks me out. Lines like “Enough with the begging to get a blessing for my bubbe/The rebbe is busy, the president is here and we need to get ready” while Ahmadinejad’s face flashes onscreen — yeah, I’m just not sure if I’m down with that (especially since the Satmar community subsequently cut off that rabbi and was exceptionally supportive of his wife after their separation).

The academics, as always, show their remarkable insight into Hasidic culture: “The people who are talking about it in the blogosphere, some of them are probably alienated and marginalized and of course in the blogosphere, you can say whatever you want because nobody knows who you are.” Because, of course, that’s not true of teenage goths, single mothers, or any other group on the Internet.

It’s pretty cool when the supposedly ignorant Monsey Hasidim end up being the smartest and most anthropologically-aware people in the article. And even the censors have a sense of humor about it:

Communal critics, though, have no monopoly on the Internet. The “I Want to Be a Rebbe”? video has been removed repeatedly from YouTube as a result of complaints alleging copyright violations, including one filed under the name “Chofetz Chaim”? â€” the renowned Orthodox sage who died in 1933. The video was re-posted on December 1, tallying nearly 2,000 views in 17 days. 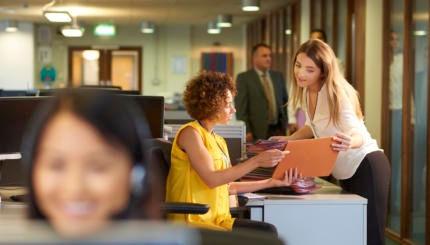 The Book of Psalms (Sefer Tehillim)

These 150 poems feature prominently in Jewish liturgy and are among the Bible's most widely read verses.