Lament of a Barren Woman

Yesterday’s New York Times profiled the recent rise in home birthing, a concept that started out as the only option (you know, thousands of years ago) but has experienced a recent resurgence — in no small part because of the national 1-in-3 rate of Caesarean sections (most of them medically unnecessary) and New York’s obscene 40% C-section rate. 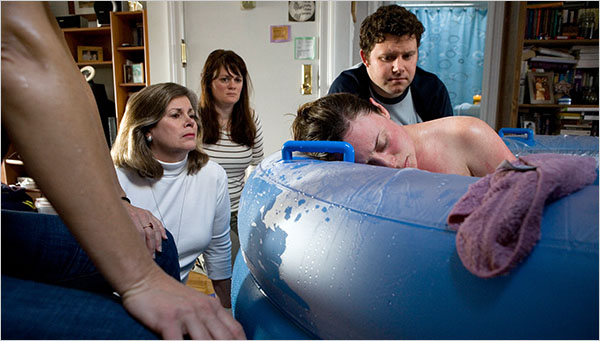 (The gross rates are primarily United States-based, but not entirely. There’s one hospital frequently used by the Melbourne Jewish community that’s earned the nickname “Caesar’s Palace.”)

In the past week, two family friends have had C-section births. In one case, the doctor decided early on that the mother wasn’t pushing hard enough, and promptly induced the birth, induced her to unconsciousness, and she woke up several hours later with the baby in her arms. She doesn’t remember anything about her birth. The other friend was told by her doctor that she was three days past due, and it was best to do a C-section.

There’s nothing intrinsically wrong with C-sections. As far as major medical procedures go, it’s among the safer ones — but, still, it is a major medical procedure. In which the mother’s stomach is sliced open. Which can cause major problems when it comes to repeated incisions, and the risks are exponentially greater — especially if, as is often the case among religious Jews, a woman wants to have multiple children.

Doctor-condoned C-sections are rampant in Hasidic neighborhoods in New York. In the community, there are horror stories about one popular doctor who serves Hasidic women who frequently schedules C-sections for women when he’s about to go on vacation. This problem is compounded by the fact that, in these communities, births are so frequent that people often rely on each other’s advice rather than exploring other options. An 18-year-old first-time mother-to-be is far more likely to go to her mother’s doctor than to go off on her own to a doctor outside the community, who’s never dealt with Hasidim before — let alone a midwife.

On the other hand, once an idea makes its way into the Hasidic community, people get all over it. Usually, this mostly pertains to kitschy things like Crocs and Shabbos lamps, but in our neighborhood, homebirths are quickly becoming more accepted. That is, people taking advantage of homebirth midwives are not just wacky iconoclasts and hippies, but mainstream Hasidim — and, notably, the more pious and studious families, where husbands are most respective of “women space.” 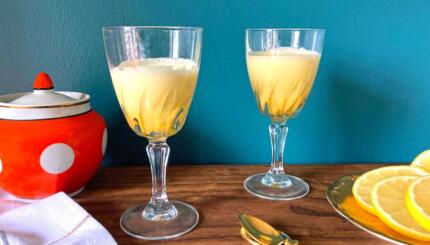 The Old-School Jewish Drink Will Cure What Ails You

This recipe comes straight from the shtetl, and is part healing drink, part dessert.

JTA is currently featuring an article about the challenge of choosing a name for a Jewish baby, so I thought ...

It’s the day after a fatal shooting of a security guard in the Washington Holocaust Museum, and the Jewish world ...