Fittingly, on the night of his big speech to the Republican National Convention, John McCain is the author of today’s installment of Jewels of Elul.

The Jewish month of Elul is both a time for reflection and one of hope for the future. Jewish tradition teaches that a person is judged on Yom Kippur, but afterwards the slate is wiped clean for the coming year. No matter how bad the past, the future is always one of hope.

Indeed, one of Judaismâ€™s greatest contributions is the lesson of hope. Ancient civilizations believed in fate. A manâ€™s future was not in his own hands but in the stars. The Hebrew Bible refuted that. It taught that man is created in Godâ€™s image, and that God gave man free will. It is a lesson of hope and destiny.

It is no coincidence that the oppressors of the Jewish people, from ancient times to today, are always those who have tried to stifle hope and freedom. The reestablishment of the State of Israel and its repeated survival against all odds represents the legacy of hope the Bible infused in its people.

Natan Sharansky exemplifies the tradition of hope. He spent nine years in the Soviet Gulag – 400 days were in punishment cells, and more than 200 days were on hunger strikes. He never backed down or made a deal. He knew his future was not predetermined; it was in his hands.

That lesson of hope is one that has helped me throughout my life. And as we look to the future, it is helpful to remind ourselves that there is no problem or challenge we cannot overcome together. 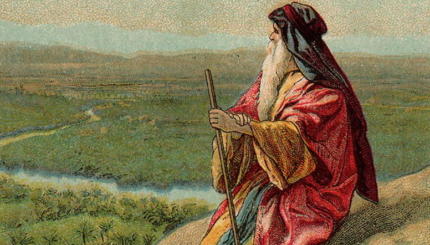