Red strings are so five minutes ago. FAO Schwartz is now carrying Kabbalistic Beasties, stuffed animals based on amulets that were once hung over children’s beds for protection. The idea was discovered at a toy audition last year when artist and sculptor Ken Goldman pitched the dolls. The names of the creatures–Sanoi, Sansoni, and Samonglif–derive from a kabbalistic text pertaining to Lilith:

According to Christopher Witcombe, author of Eve and the Identity of Women, Lilith appears as Adam’s first wife in midrashic literature. Lilith, a figure often celebrated today as the first feminist, abandoned Adam to go and live near the Red Sea. In the Zohar Lilith vanishes from Adam’s side after saying the unspeakable name of God. Adam then beseeches God to bring her back. Upon his request, God sends three angels – Sanoi, Sansoni and Samonglif – to Lilith. Nevertheless, despite their threats, she refuses to return, insisting instead upon harming newborn infants. She does, however, promise that no harm will come to any baby wearing an amulet with either the names or images of the three angels. (MORE)

And perhaps the best news. They’re on sale already, just in time for Hanukkah. 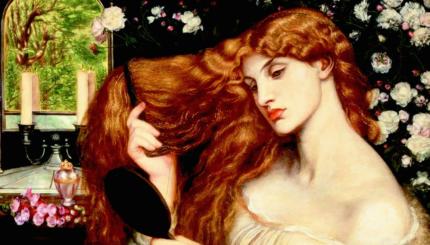 The most notorious demon of Jewish tradition becomes a feminist hero.

The dangers of childbirth, and fear of Lilith the temptress, led to the development of various Jewish practices designed to help women give birth safely.