I just returned from a mini-vacation in Austin — my fifth trip to South By Southwest (SXSW), the music industry’s annual mega-festival and conference. Among the 1,400 bands and artists who preformed were several Jewish/Israeli acts.

Most notable, was the fact that JDub records had their first official SXSW show, featuring several of their bands including Golem and Soulico, an Israeli DJ crew and the newest additions to JDub’s lineup. The show was co-sponsored by Heeb magazine and was hosted by comedian Michael Showalter.

I’m a big music junky and, obviously, a Judaism junky too, but I’ve never been terribly moved by Jewish music. Golem, however, has proven to be the exception, and Saturday night in Texas was no different. The klezmer/rock sextet was remarkable, getting an overwhelmingly non-Jewish audience to do the hora as they sang Mazal Tov to JDub for it’s first SXSW show.

The congratulations were well-deserved. SXSW is dominated by skinny-jean indie rock. Festival logic would seem to demand that a band singing in Yiddish and led by an accordionist could not pack the house with smiling, cheering fans. But Golem plays great, and almost as importantly, looks great, and the crowd was loving it.

Unfortunately, Balkan Beat Box, the night’s headliner, never made it to Texas. The weather in New York on Friday left them grounded on the east coast. 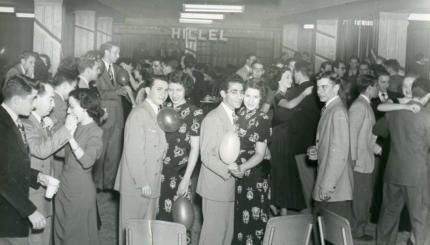