Winter is citrus season. The sweetest and juiciest oranges, lemons and grapefruits appear in stores just when we seem to need them the most. What could be more welcome on a gray January day than a sunny burst of vitamin C from your favorite citrus fruit?

Not only are citrus fruits delicious and healthy, but they also have a long association with the Jewish people. Humans have cultivated citrus fruits, which originally came from south and east Asia, for thousands of years. Indeed, we Jews are aware, if perhaps unconsciously, of the ancient connection between humans and citrus fruits because of how we celebrate the festival of Sukkot. An etrog — which in botanical terms is an ancient citrus variety known as a citron — is an essential part of that holiday observance. While the Bible does not mention the etrog by name, the citron was identified as the required “fruit of the goodly tree” as early as the second century B.C.E. 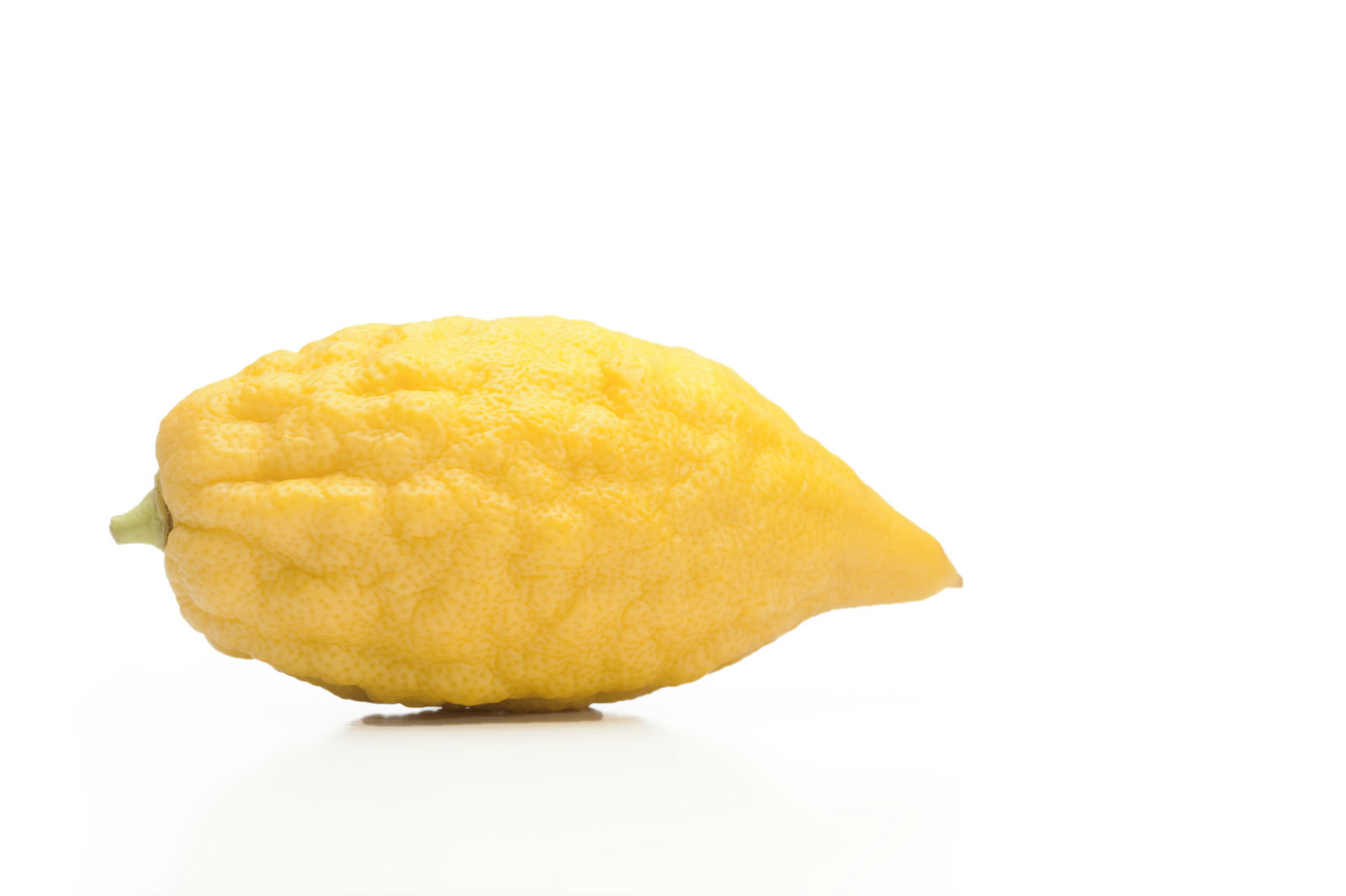 As Jews began to spread out into the Diaspora during the late Roman Empire, they had to ensure that, come autumn, they could still find a perfect etrog to use for this important religious observance. Thus, one of the many agricultural activities these settlers engaged in was cultivating citrons. (Interestingly, these early centers of Jewish population coincide with continued areas of citrus production in the Mediterranean today: southern Spain, Sicily and Calabria in Italy, the Nile Delta, the Levant and Algeria.) Many scholars attribute the continued cultivation of citrus fruits in Europe following the collapse of the Roman empire, and the ensuing chaos, to Jewish horticulturists whose need for the fruit was undiminished.

The cultivation of other citrus species was a byproduct of these early Jewish settlers’ need for citron. Almost all citrus varieties are sexually compatible with one another, and they are highly prone to mutation. Such traits allowed their genes to mix naturally for thousands of years and made it feasible for humans to cross-breed the different varieties. Indeed, just about every citrus fruit you have ever seen comes from just three ancestors: the citron, the pomelo and the mandarin.

From the 10th century onward, citron trees served as grafting stock for other kinds of citrus. By the end of the 13th century, fruits that we would recognize as oranges and lemons were widely grown in the land of Israel and by the next century Jewish merchants, through their contacts in the Levant began importing them to Italy. 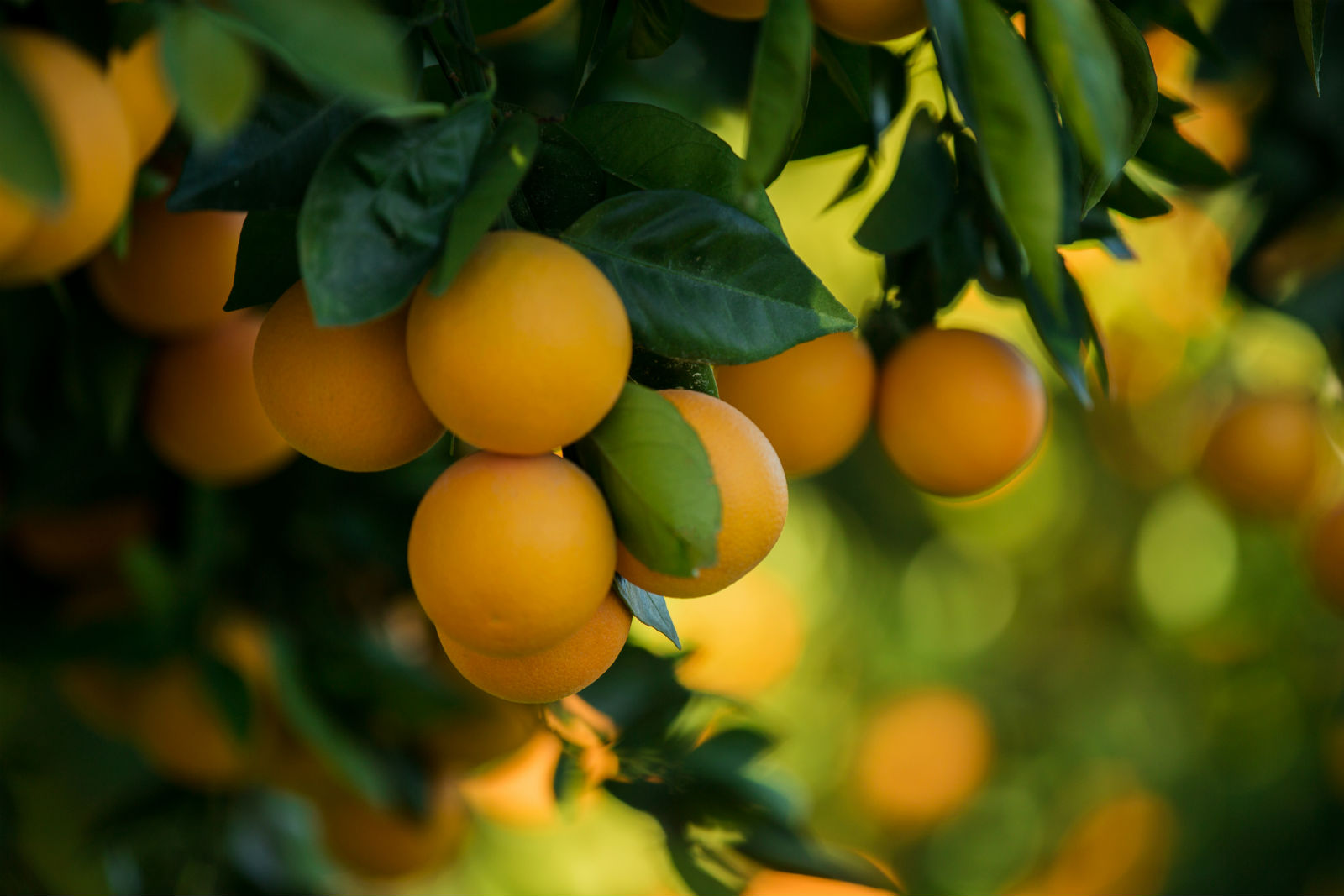 Thus began the long association between Jews and the citrus trade in the eyes of Europeans. Starting in the Middle Ages, Jewish merchants traveled from the Mediterranean to northern and eastern Europe with citrons to sell to their brothers and sisters living in colder climes. This led to a thriving trade in all kinds of citrus, not merely etrogs, and not only to Jewish customers. Italian Jewish traders who settled in Germany used their contacts to import citrus from the Mediterranean to sell to any customers who could afford the high price. In 18th-century England, Jewish peddlers were known to specialize in citrus fruits.

Beginning in the 19th century, Zionist rabbis and other Jewish leaders began encouraging their followers to seek out citrons grown in Palestine instead of those grown around the Mediterranean. This was due in part to anti-Jewish riots on the Greek island of Corfu where many of the citrons destined for northern Europe were grown. Today, of course, Israeli farmers continue to grow and export citrus — more to Europe than to the United States, which has its own robust citrus industry — especially the famous Jaffa orange, which in the 1950s and ’60s was a symbol of pride for the young nation.

So, when you peel a perfect round orange or squeeze some lemon into your tea this winter, know that it is in large part due to the efforts of Jewish farmers and merchants from centuries ago that today we enjoy such a wide variety of citrus fruits.

In that spirit, at this bountiful time of year, do not limit yourselves to the familiar lemons, limes and navel oranges. Explore the whole range of citrus fruits from blood oranges and Key limes to Meyer lemons, pomelos and kumquats. Your local grocery store should have a wide variety of these novel citrus fruits available through March. Here is a guide to some of the best of winter citrus for your enjoyment. 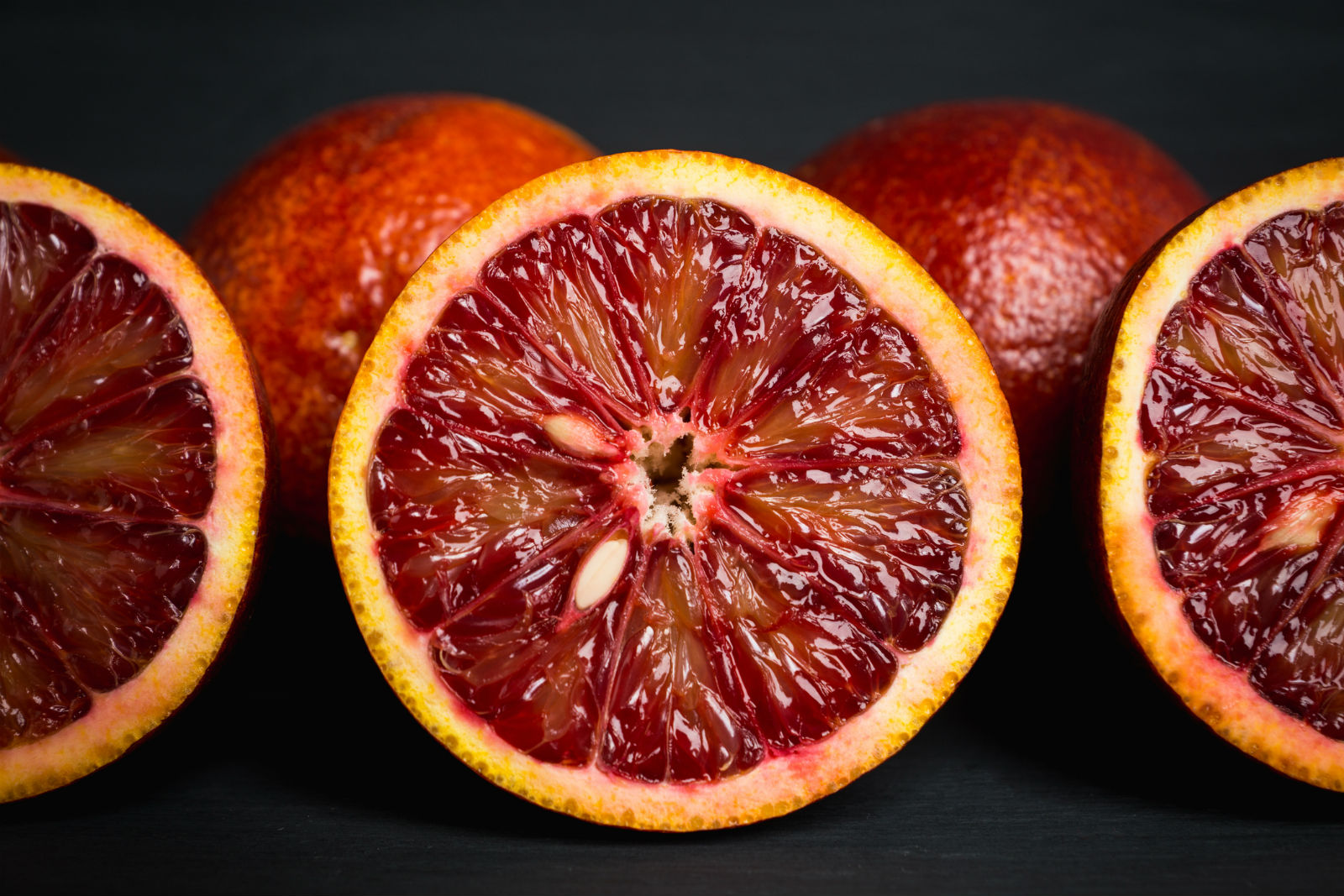 Blood orange: There are three types — Moro, Tarocco and Sanguinello — with a flavor that ranges from tart to semi-sweet depending on the type and season. Named for the deep, beet red color of their flesh, blood oranges are usually smaller than navel oranges and have a dimpled peel. Because of its unique color, the blood orange is often incorporated into recipes, from cocktails to preserves.

Cara Cara: Chefs love this pink-fleshed navel orange. It’s slightly sweeter and less acidic than a regular orange and has a very delicate berry flavor. Use this variety in place of oranges in any recipe or add them to a citrus salad for extra color and brightness.

Seville sour orange: This variety is sometimes called the bitter orange and commonly used in the production of marmalade. The Seville is tart and grown throughout the Mediterranean, but can be hard to find in the U.S. It’s also the a key ingredient in the orange-flavored liqueur Triple Sec.

Meyer Lemons: This lemon-orange hybrid is the darling of the citrus world. Its rind is a vibrant, deep yellow and has a strongly perfumed, almost herbal aroma. Its flesh is darker in color than a regular lemon and more sweet than tart, which means you can use the raw segments in a salad, much like an orange or grapefruit. Delicious in baked goods, marmalade or lemon curd.

Key Limes: Smaller than its cousin, the Persian lime, the Key lime is particularly juicy and acidic. It has a smooth rind, a greenish-yellow color when ripe and lots of seeds. Key limes have a distinctive aroma and taste which make them a favorite of bakers everywhere. Of course, pie is what Key limes are best known for, but you can substitute Key lime juice in any lime recipe for a fresh twist.

Pomelos: Often the size of bowling balls, pomelos can look intimidating. The rind can range in color from yellow to green, and the pulp can be white, pink, or somewhere in between. The pith is very thick, so it’s best to cut away as much of the rind and pith as you can first before peeling away at its segments. Think of the taste of a pomelo as akin to a mild grapefruit—sweet and without bitterness. Pomelos are common in southeast Asian cuisine.

Kumquats: You can actually eat the skin of these tiny citrus fruits. About the size of a large olive, kumquats tend to be sweet on the outside and quite tart on the inside. You can slice them into salads, muddle them in a cocktail, candy them or even cook them down into a sweet and spicy chutney.

Buddha’s Hand: This citrus easily wins the prize for most bizarre looking. The fingerlike fruit has a complex lemon aroma and actually contains no pulp or juice—it’s made up of a yellow rind and white pith. The rind can be used in any place lemon zest is called for, or try candying the peel. 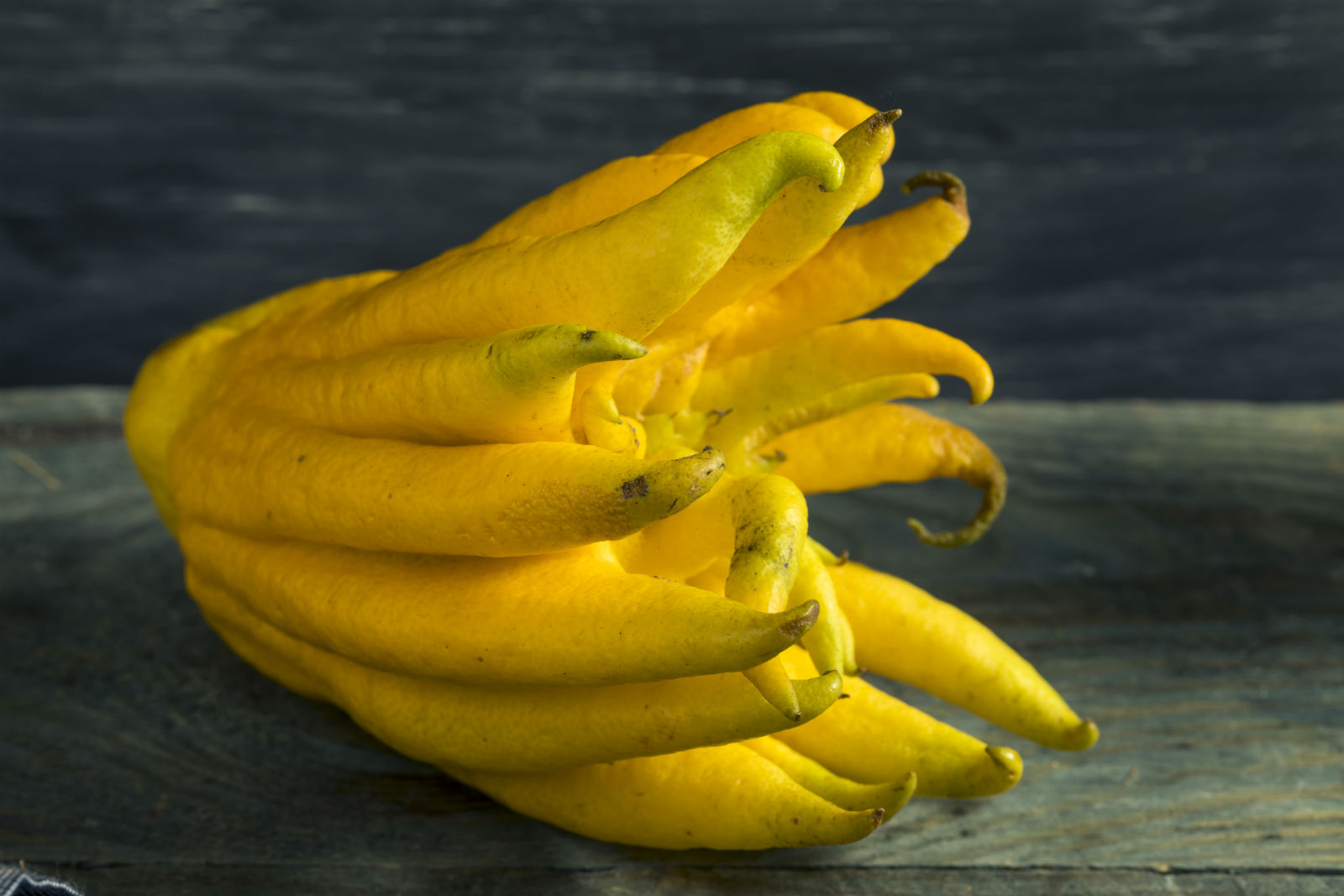 Craving some citrus? Try one of these: