Everyone loves cookies, and we Jews are no different. Our cookies are diverse, originating from all over the world. But there’s no question: they are all delicious. Here’s our official ranking of Jewish cookies based on taste testing, research, and of course, feedback from our readers. 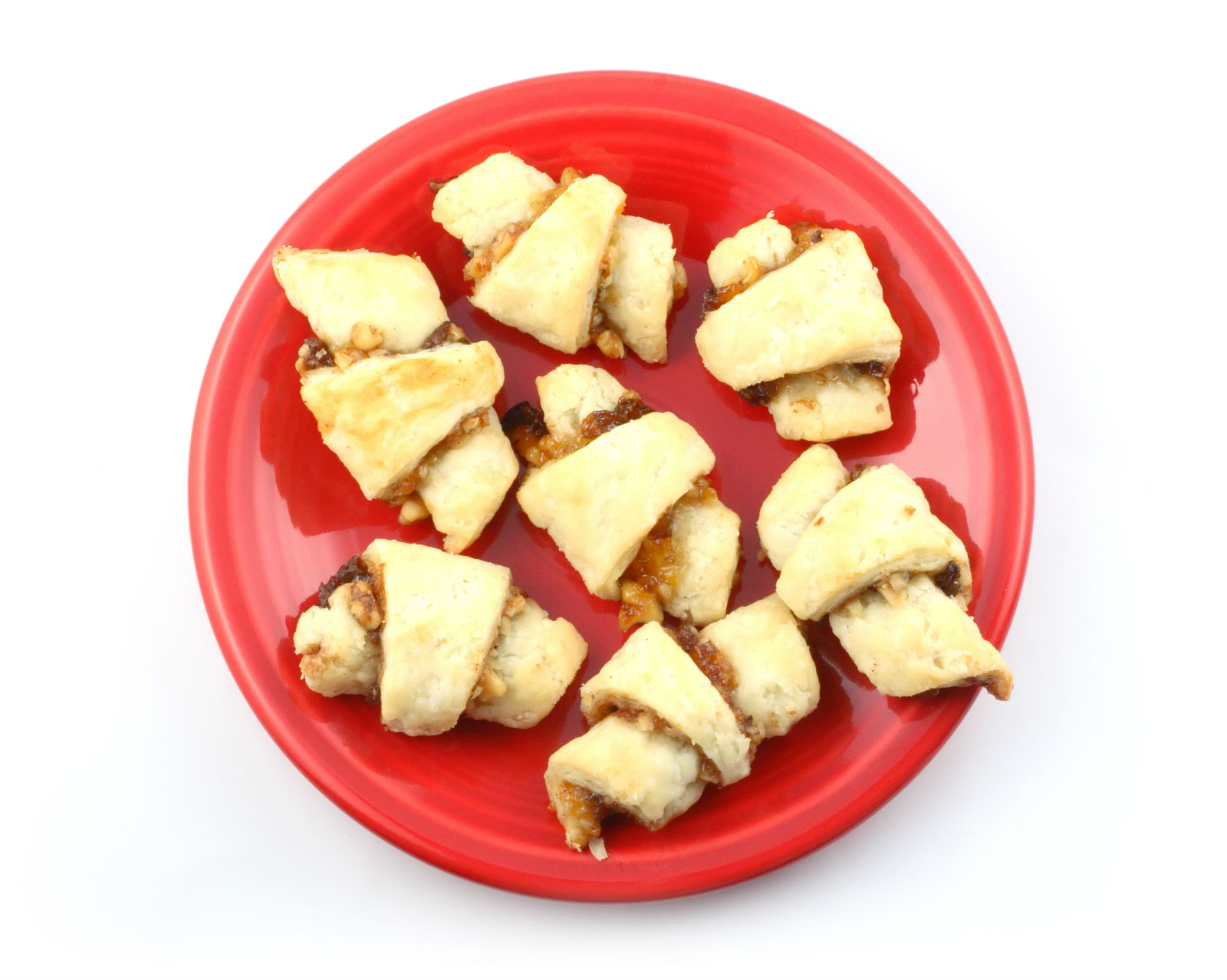 Rugelach are by far one of the most beloved Jewish treats. Originating in Eastern Europe, these “horned” cookies were made popular by Jewish immigrants who arrived in New York. Today you can find rugelach in classic sweet flavors like chocolate, apricot, raspberry, or cinnamon at bakeries across the country. You can also find some bakeries churning out savory rugelach and even some crazy cookbook authors creating unique flavors like spicy pizza rugelach. 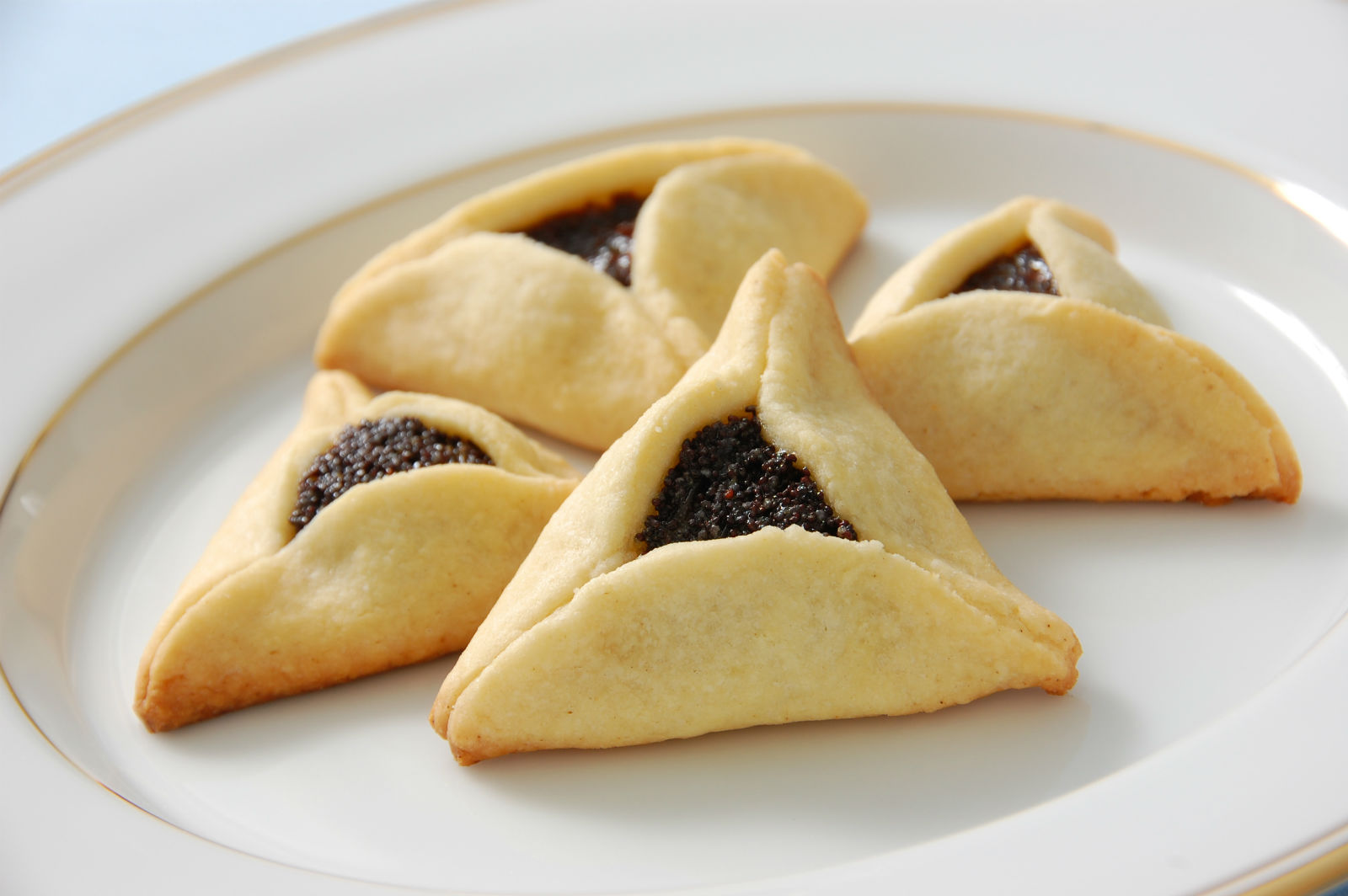 Hamantaschen are triangular-shaped cookies that are often enjoyed during the holiday of Purim. There are many stories about why Jews eat hamantaschen for the holiday, but the most widely held belief is that the three-cornered shape resembles that hat worn by villain Haman. The most traditional hamantaschen are filled with prune, poppy seed, apricot, or chocolate. But today you can find hamantaschen in almost every flavor you could dream.

Make your own hamantaschen at home. 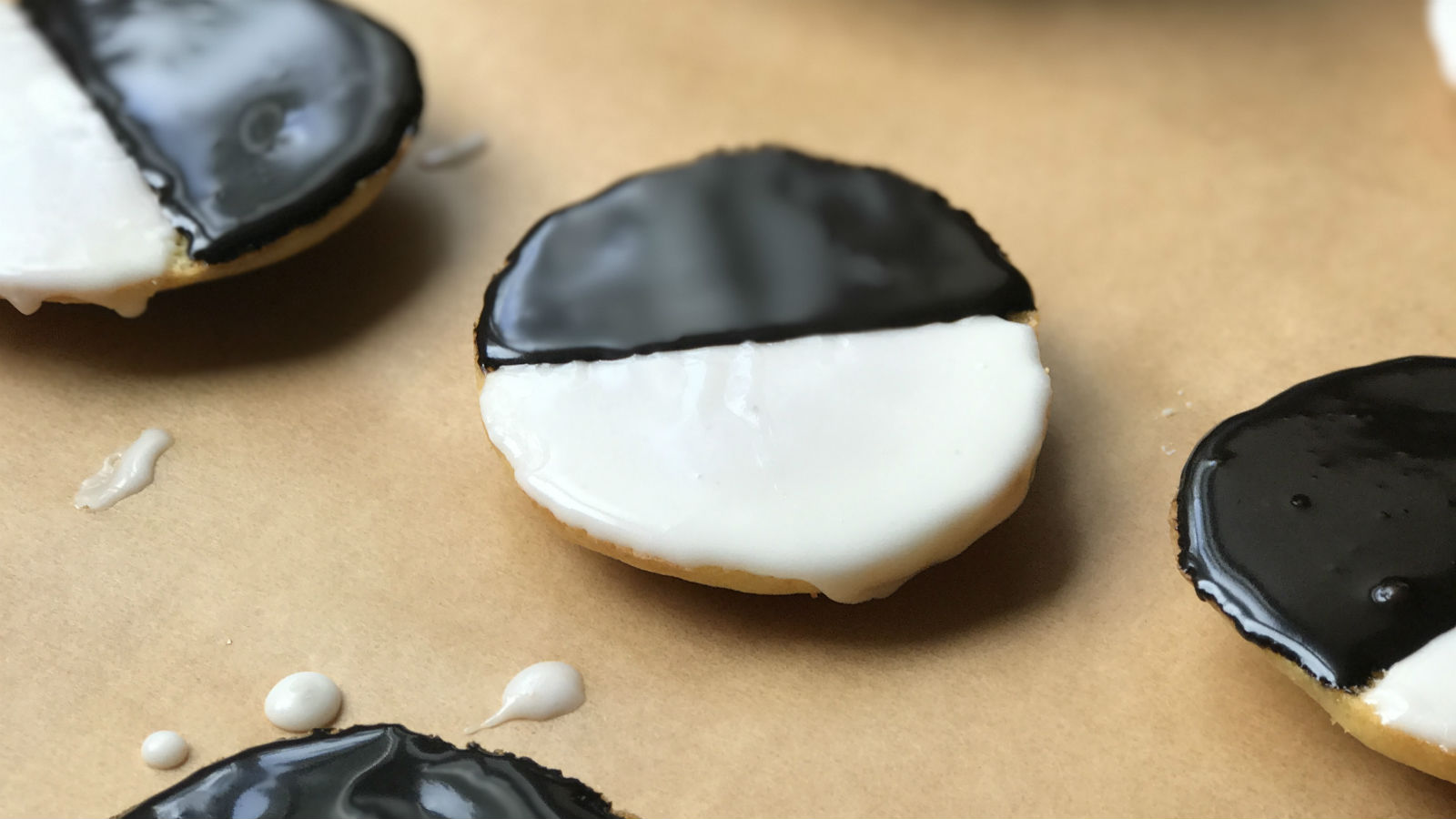 These iced treats are almost universally loved. But what you may not realize is that they are far more cake than cookie — the cookies are made by spooning a cake batter into rounds and baking. And while the cake-cookie may not be totally Jewish, it is 100% New York-ish. You would be hard pressed to find a Jewish deli that does not carry these beloved treats. Of course black and whites experience their moment of glory when Jerry Seinfeld famously declared “look to the cookie!”

Make your own black and white cookies with this recipe. 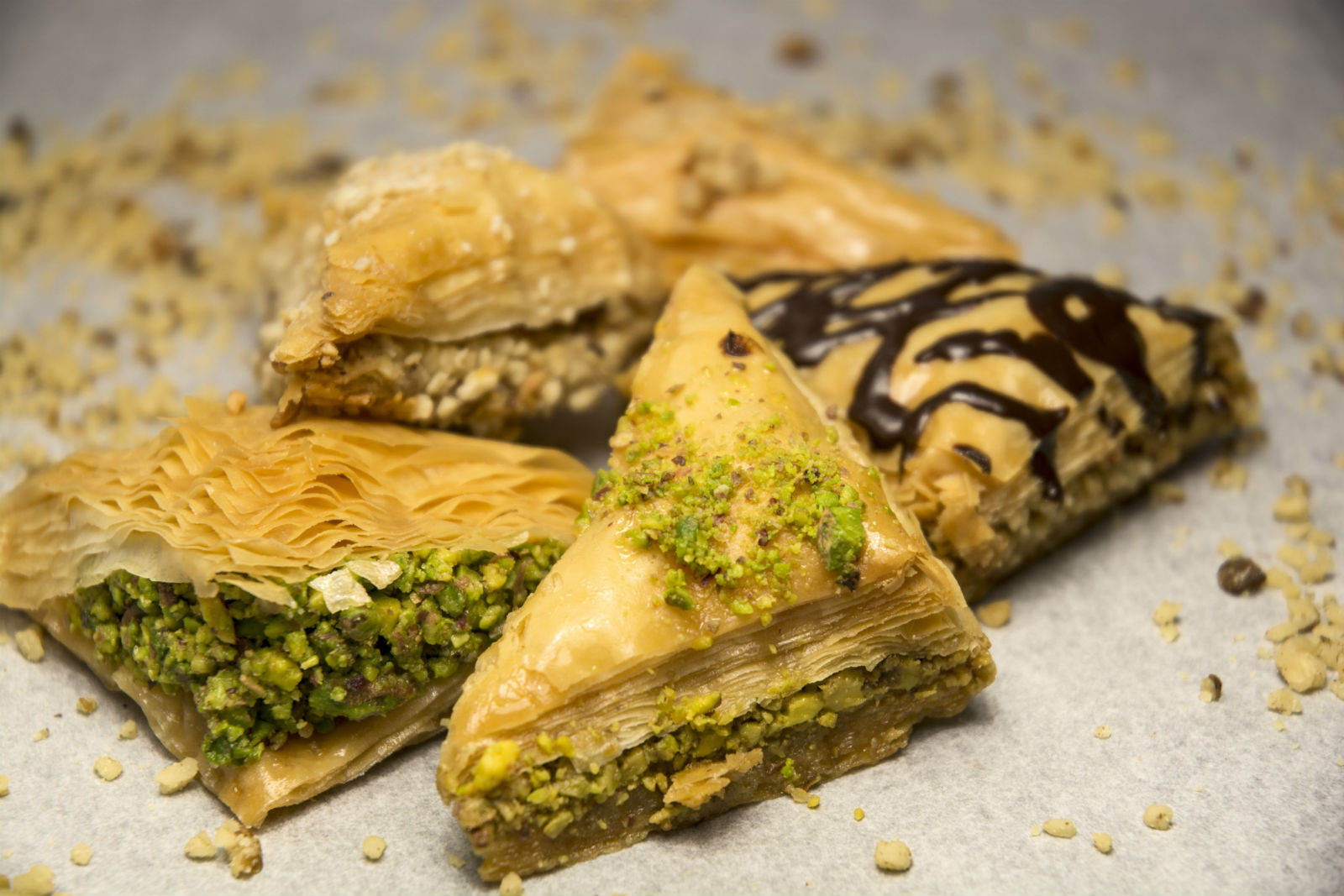 Yeah, yeah. We know baklava are Greek or Turkish in their origin. But did you know Jews come from Greece and Turkey, too? Baklava are made with ground nuts, delicate layers of phyllo dough, and honey syrup. These rich treats are popular throughout the Middle East, including Israel.

Try our baklava with honey and cardamom recipe. 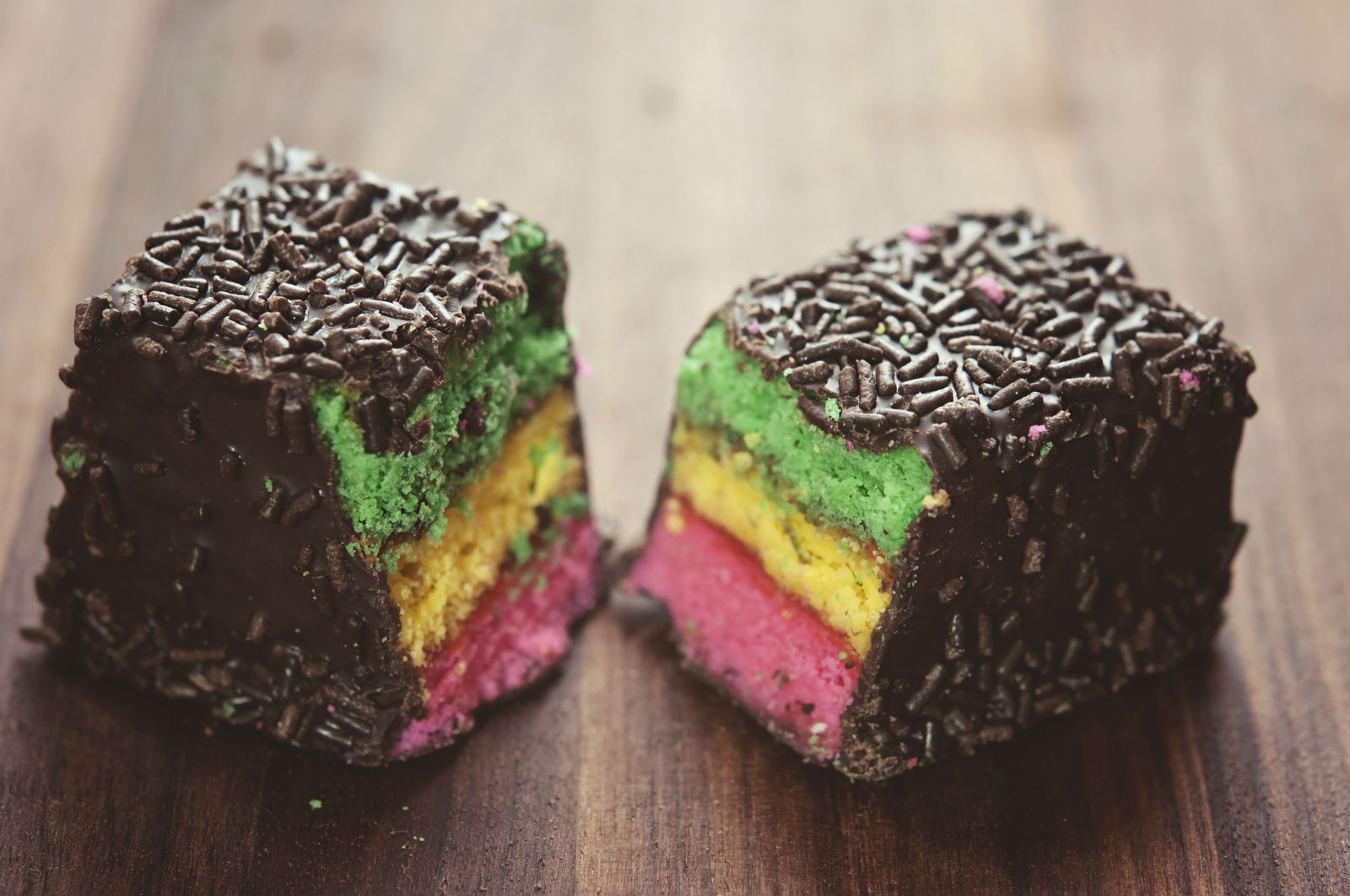 We know rainbow cookies aren’t technically of Jewish origin. Rainbow cookies, which are technically more like a stacked cake cut into squares, are made to resemble the Italian flag in red, white, and green. But like many immigrant stories of New York in the late 19th and early 20th century, these colorful treats have become staples at Jewish delis, brises, and synagogue events. 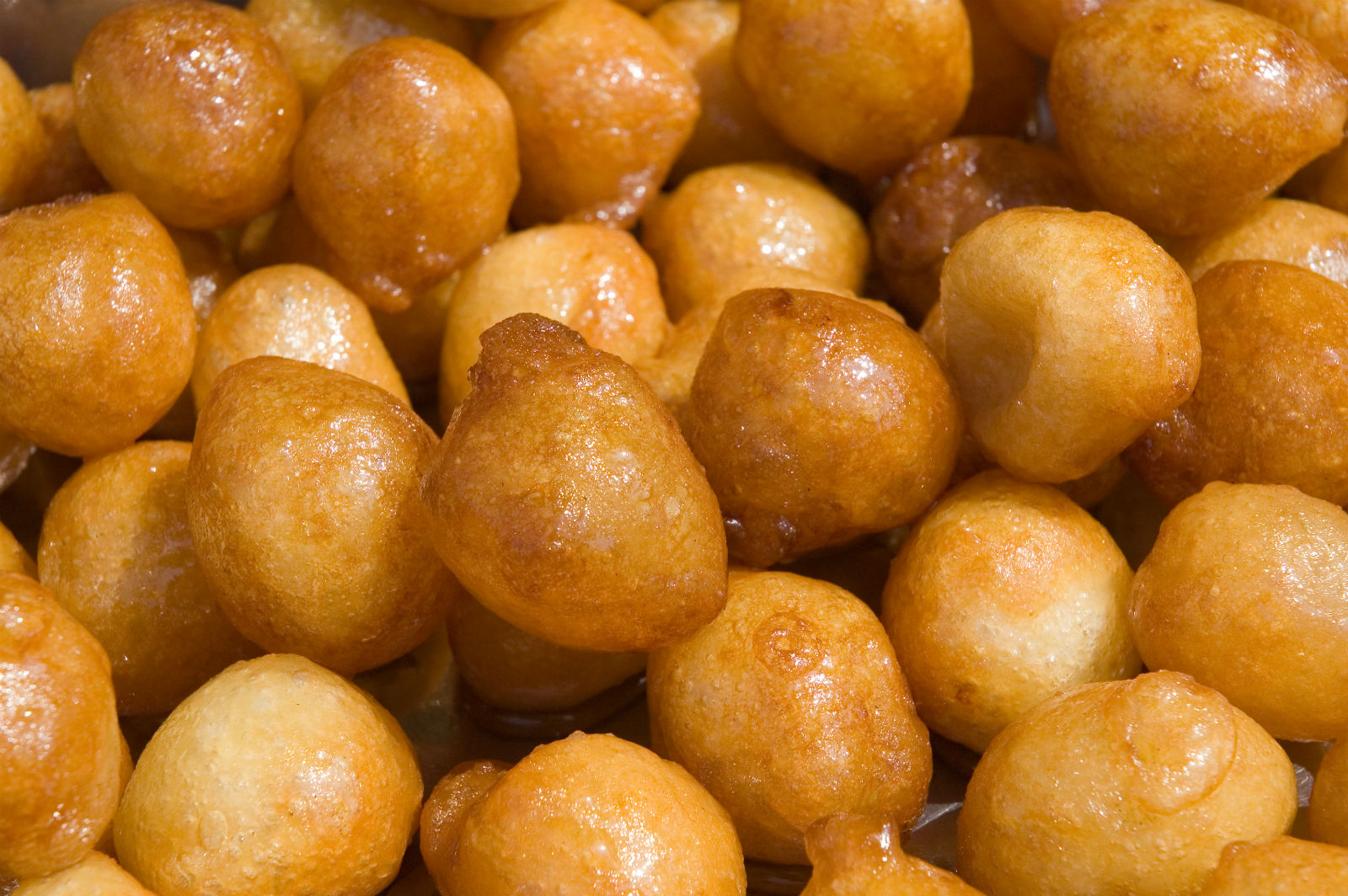 Tayglach are tiny dough balls which are boiled in a honey syrup and then served in a beautiful, shiny tower of sweetness. This treat is most commonly enjoyed for Rosh Hashanah, when honey and sweets are symbolic treats for a “sweet New Year.” Tayglach closely resemble strufoli, an Italian dessert which is made from frying the dough balls and then soaking in a honey syrup.

Make your own tayglach at home. 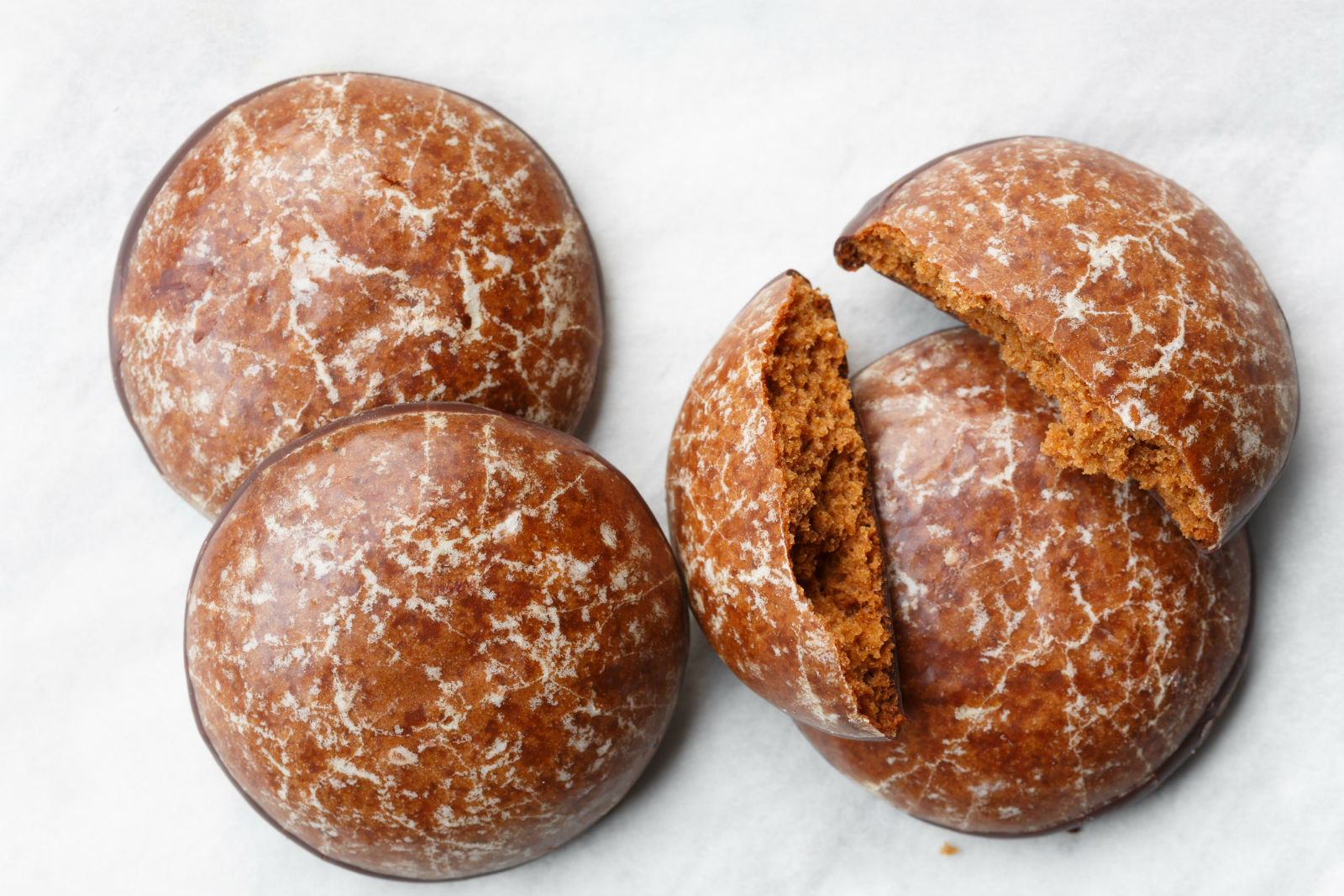 Israeli honey cookies known as duvshaniot (from dvash = honey in hebrew) are a beloved treat most often enjoyed for holidays and shiva, or so my Israeli colleagues have told me. They are crunchy on the outside, chewy on the inside, and likely originated from the German lebkuchen, a gingerbread-esque cookie. 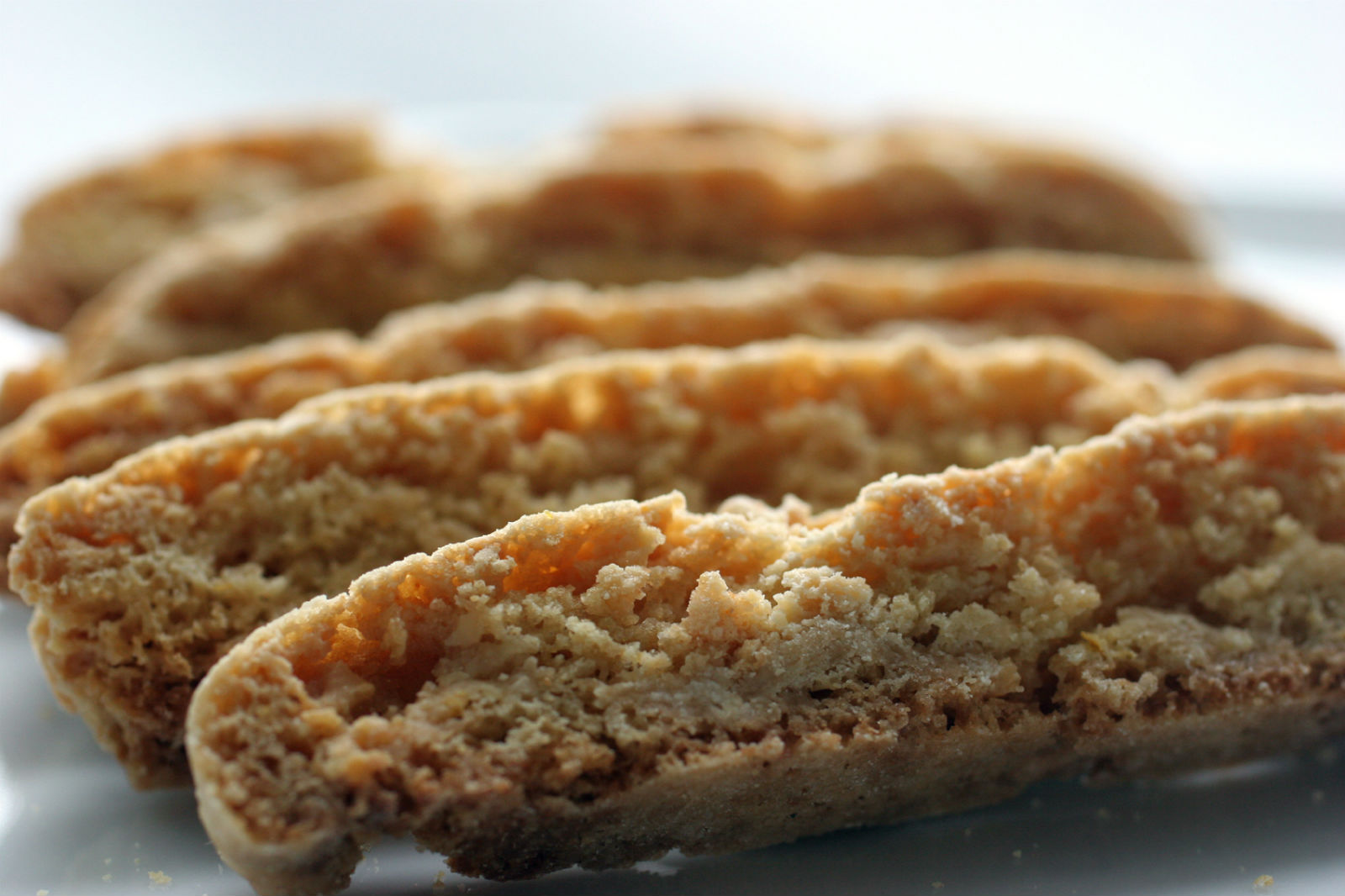 Mandelbrot (mandel bread) which literally translates as almond bread, is a twice-baked cookie that is nearly indistinguishable from biscott. In fact Joan Nathan suggests that the large Jewish population in Italy’s Piedmont region may have been responsible for disseminating the recipe to German friends and family. 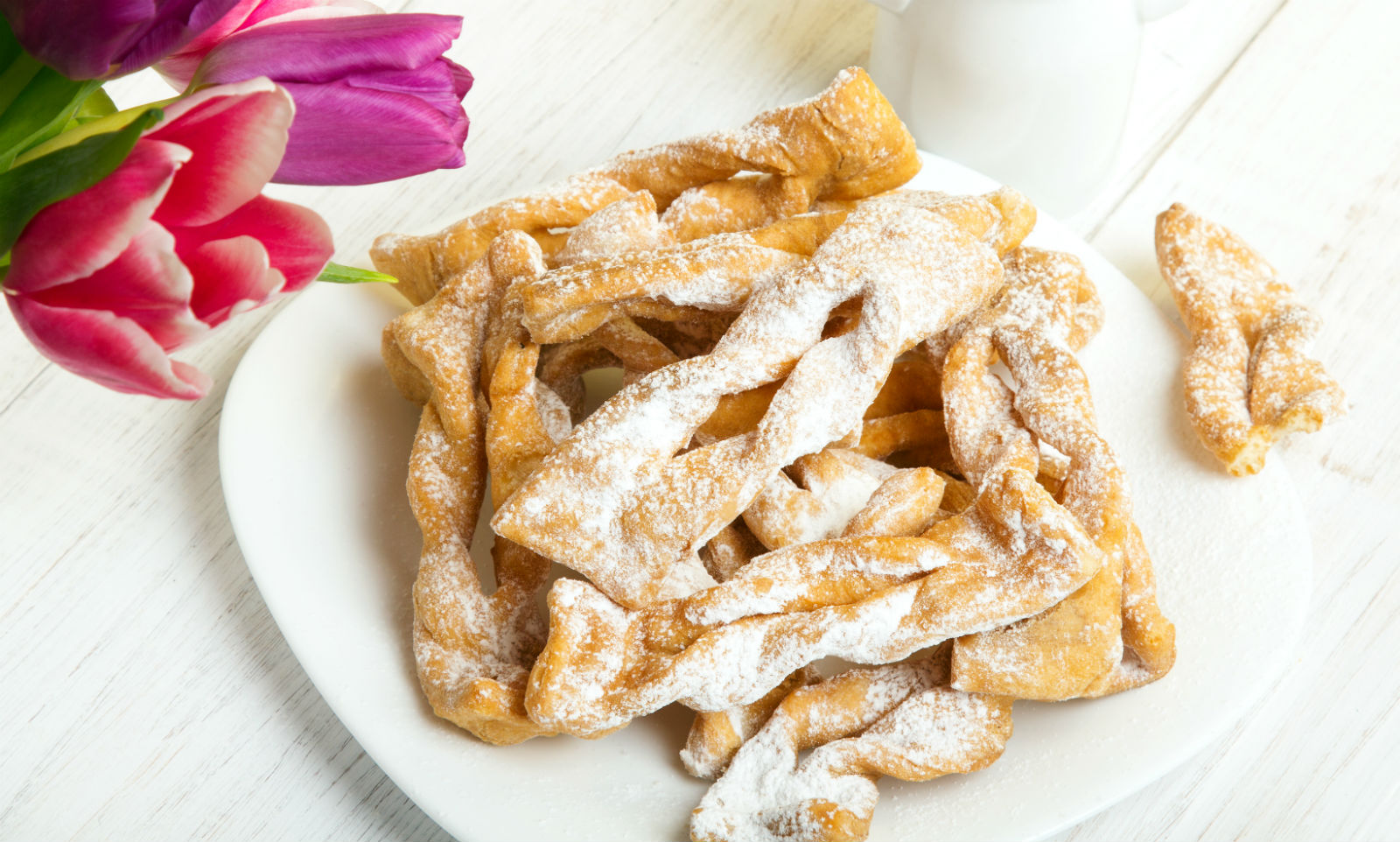 Poor kichel, in last place. Kichel, or bow tie cookies, are made from a simple dough that is rolled out, covered in sugar, twisted (like bow ties), and then baked or fried. They are simple and pair wonderfully with a cup of tea or coffee. They can be dry, too crisp, or crumbly, which is the reason they are the least coveted of all the Jewish cookies.

Make your own kichel cookies at home, which Ronnie Fein swears is not dry or crumbly. 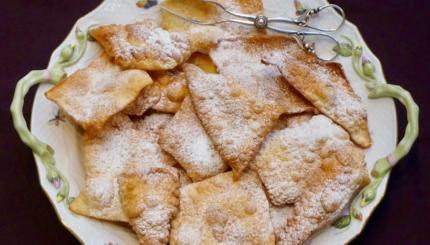 An old-world treat of fried dough topped with powdered sugar. 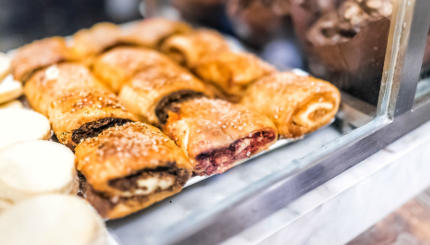