Netflix’s original series “A Chef’s Table” released its third season this past fall (yeah, yeah I am finally catching up TV shows) and I think it’s the best one yet. And one of my favorite episodes features a restaurant where I have actually eaten: Ivan Ramen, a small, Japanese ramen joint nearly at the end of the world in NYC’s lower east side. While you may have heard of Ivan Ramen, you may not know that Chef Ivan Orkin is actually a Jewish guy from Syosset Long Island.

Orkin actually first opened a ramen restaurant in Tokyo, where ramen is a much-beloved obsession. Earning acclaim there first, he then opened his restaurant in Manhattan. Then another. And then yet another. But how does a Jewish guy from Long Island become an acclaimed chef and ramen guru?

If you have a Netflix account make sure to watch it. (Also take a look at this profile from The New York Times).  Two of my other favorite episodes this season include Nancy Silverton, whose story makes you want to get in the kitchen and perfect your craft and Gaggan Anand, a chef whose story will make you think anything is possible.

If you want to learn more about Orkin’s ramen journey check out his memoir Ivan Ramen: Love, Obsession and Recipes from Tokyo’s Most Unlikely Noodle Joint.

Hankering for some ramen after reading this? I know, me too. Try making your own with this kosher version or get a little crazy with some ramen noodle latkes. 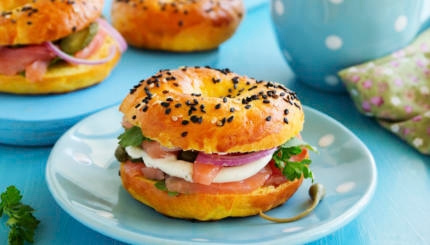 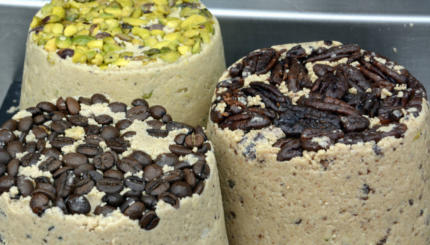 The Best Halvah and Tahini in NYC

Where to satisfy your craving for the ultimate Israeli sesame sweet.