Michael Solomonov Wants You to Cook At Home, and Go to Israel

Don’t let the humble-sounding dishes like Shabbos chicken, cholent pot pie and baked cheese blintz on the menu at Philadelphia’s Abe Fisher, fool you. Since opening a few years ago, the restaurant and its chef, Yehuda Sichel, have received their fair share of well-deserved accolades. The eatery  was named “Best New Restaurant” in the January 2015 issue of Travel + Leisure, and earned a semifinalist nomination in the James Beard Award’s “Best New Restaurant” category.

Not bad for a place whose menu centers around chopped liver and borscht, not exactly the sexiest dishes around. Abe Fisher is actually one of the many eateries, including Zahav and Dizengoff, owned by Michael Solomonov and Steven Cook.

The praise is for some pretty traditional Jewish food, but Sichel is not making “newish Jewish” deli, nor is he churning out shakshuka and labneh dishes inspired by Israeli cuisine. He is making some of the most exciting Jewish food in America rooted in the traditional dishes of his upbringing, with modern, fresh techniques and ingredients. Yes, including some bacon.

I actually had the pleasure to enjoy a meal at Abe Fisher three years ago, where I walked away feeling excited and inspired by the selection of savory rugelach and knishes that were served in place of dinner rolls; duck fat blintzes; and the bacon, egg and cream custard dessert, which still remains on the menu (and yes, has a bit of bacon). But it was Sichel’s cholent pot pie that recently caught my eye on Instagram, the most elegant version of cholent I had ever seen, and gave me the opportunity to speak with Chef Sichel about his background, what inspired Abe Fisher’s menu and where Jewish food is going.

“Cuisine is in a constant state of evolution” reads the Abe Fisher website. What does that mean for Jewish food?

Jewish food is definitely going mainstream, and we know there is going to be fast casual Jewish food, since this is the current trend. But all Jewish food isn’t Ashkenazi, and I think that part of this evolution is educating people on the origins of Jewish food. A Yemenite dish and a Lebanese dish are not the same. When I worked for Mike [Solomonov], he was always emphasizing the origins of the dish: the religion, and the region and how the dish became part of Israel’s landscape.

I also think it’s not enough to just make Jewish food the way it has always been made; that’s how cuisines die. A pastrami sandwich can’t be dry and bad quality — it still has to be really good. I want to cook the best piece of meat and be more thoughtful about ingredients. By elevating Jewish food, we will keep it alive.

Your goal is to create Jewish foods the way you wished they tasted. Which was the Jewish dish you most wanted to transform?

Chopped liver, which is already something that is an acquired taste. It is visually unappealing and often sold in large quantities. But I wanted to make it something people would love. The texture of our chopped liver is different, it’s beautiful and smooth. Served over a pastrami onion jam, which adds sweetness and smokiness. A way to elevate chopped liver, and I think we really nailed it.

How did you go from attending a kosher culinary school in Israel to running a non-kosher, yet Jewish, restaurant?

I grew up in a super strict kosher home in Baltimore and I didn’t even have bacon till I was 20 years old. I grew up in an observant family; my maternal grandparents were Holocaust survivors, and I went to an all-boys yeshiva. Religion was at the forefront of everything. So the only way I was able to go to culinary school was to go to the kosher culinary school in Israel, which was The Jerusalem School of Kosher Culinary Arts (the school is no longer open).

I went to Israel for my bar mitzvah, for camp and then culinary school. But I never learned anything about Israeli food, even in culinary school, where we were cooking almost all Ashkenazi food. But I was eating everywhere, and occasionally we went to a winery or the market, where I did get a taste of Israeli cuisine. When I got back to the States, I saw what Mike (Solomonov) was doing and  I just thought  it was so cool, and it definitely wasn’t trendy at the time. When I ate there, I thought, “Wow – this is THE BEST eggplant salad, THE BEST hummus and THE BEST bread. They were making this Jewish-Israel food, but doing it at such a high level. I had a lot of respect for what they were doing and wanted to be part of it.

You went from working at Zahav to Abe Fisher’s Askenazi-inspired cuisine. Does that feel odd at a moment when Israeli cuisine is trending?

At Zahav, I was always trying to add more cabbage and potatoes to the dishes, and Mike was trying to brighten things up with lemon and other ingredients. After being at Zahav for so many years and then briefly at Citron & Rose before it closed abruptly, I needed to cook my kind of food and Steve and Mike had the idea for Abe Fisher. The idea started with just 18 very vague dishes that Steve and Mike came up with, and I was able to put my interpretation of what those dishes could be. Some didn’t work at all. After two months, we changed the menu. We made a lot of mistakes, which actually resulted in some incredible dishes. The dishes represent how I wanted these foods to taste.

What was the inspiration for the cholent pot pie?

I had done a cholent dish in the past when I was a chef at Citron & Rose but we did larger plates: lamb shanks on top of cholent-flavored stew and kishke served on the side. A deconstructed cholent, so to speak. When I got to Abe Fisher, we wanted to do small plates and I wanted to figure out a way to elevate this simple stew, but didn’t want to just serve a beef stew for $15 — that  wasn’t going to wow anyone. But when you put bread on top, it turns into a meal and something exciting. Get the recipe!

What has been the response to Abe Fisher’s food by Jews, and non-Jews.

I think Jewish food is experienced like any other cuisine. For example, when I eat Vietnamese food, I don’t necessarily know what I am going to eat. But I enjoy it. At the end of the day, our non-Jewish customers are really enjoying the food. The response has been great, and people are interested in the story of the traditional foods. We make these foods relatable to everyone by re-approaching and re-thinking them. My intention with our food is to be playful not offensive. There can still be Jewish food that’s not kosher.

Make sure to check out the recipe for Chef Sichel’s Cholent Pot Pie here. 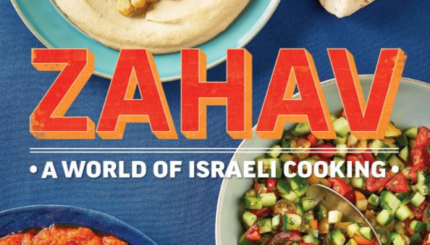 “Zahav: A World of Israeli Cooking” Wins James Beard Book of the Year

Zahav: A World of Israeli Cooking, written by Philadelphia-based chef Michael Solomonov, was awarded the James Beard Book of the Year, which ... 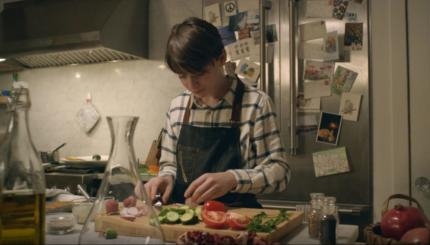 This heartwarming film brings together food and family.