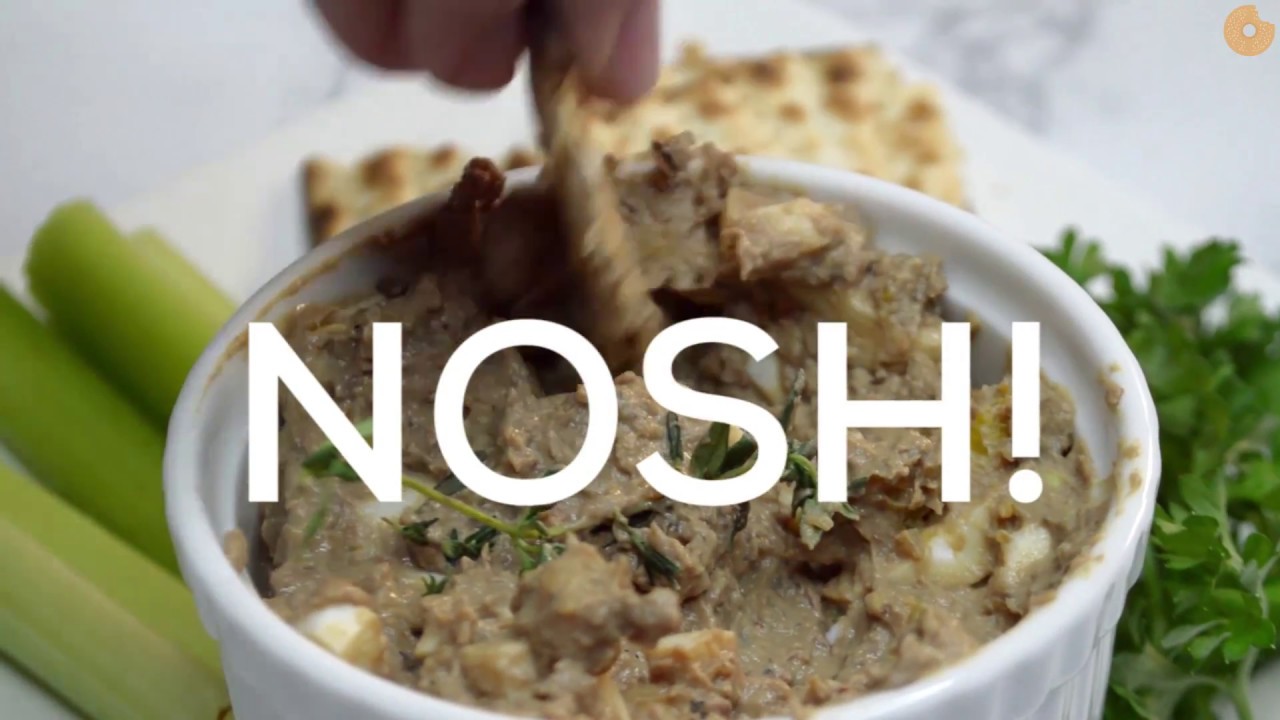 VIDEO: How to Make Chopped Liver

As a teenager, I was embarrassed about liking chopped liver. To be fair, I was embarrassed about most things — my parents, my lack of the coolest sneakers, and my freckles among many other things. But liking chopped liver was high up on the list. It was just one of those gross foods: aesthetically unappealing, greyish and mushy, and just plain weird. None of my non-Jewish schoolmates had ever heard of anything like it.

But it tasted so damn good. All of it did — my grandmother’s, made from beef livers and shimmering with schmaltz served weekly at Shabbat lunch; the mass-produced packaged stuff that was kind of gristly, in a not-all-bad way; the scoops of it sandwiched between two slightly stale slices of white bread at the kosher deli (which may well have been the packaged stuff); and best of all, the creamier pate-like offerings, topped with a sweet fruit chutney, served at Friday night buffets in Israeli hotels. Chopped liver was rich and didn’t require a lot of effort — you barely needed to chew it. It also sparked an iron-fueled rush of energy. It was my guilty pleasure.

I didn’t realize I had been so spoiled in the chopped liver department until I left home from England, to Israel, where it was actually quite hard to find. Israeli chefs were deep into a returning-to-culinary-roots movement but hadn’t really delved into the Ashkenazi kitchen yet, preferring the spicier, sexier Mizrahi dishes like kubbeh and upscale stuffed pita sandwiches. I could find chopped liver in haredi areas like Bnei Brak, but it was a real schlep.

So I did what any committed liver enthusiast would do: I started making my own. I had my grandmother’s recipe, but beef livers were hard to come by, so I set my sights on a chicken liver version I’d found in Geila Hocherman’s Kosher Modern cookbook. This was more a pate; it departed from tradition in some quite ballsy ways, like adding capers! And thyme! And chili flakes! I was intrigued. 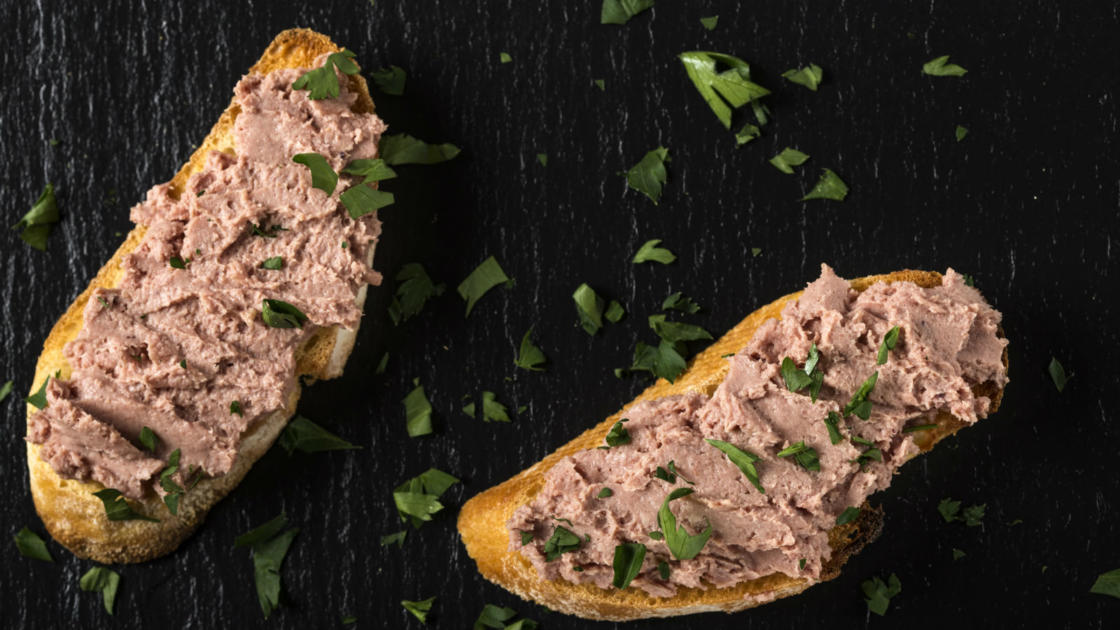 Finding chicken livers wasn’t a problem — there were trays of them, slippery and pink, in the Carmel Market in Tel Aviv. And, like those my Ashkenazi ancestors cooked within Eastern Europe, they were cheap and sold raw. Back at home, I gave my grandmother a call and she, delighted by my culinary undertaking, gave me step-by-step instructions. First I had to rinse the livers, salt them, and broil them — this was going to take some time.

I tend to be an impatient cook — technique-heavy, complicated recipes bring out the worst in me. But the process of making chopped liver was unexpectedly enjoyable. Growing up in an Orthodox community, my role as a woman often felt passive, mostly consisting of watching the men participate in Judaism. So it felt new, and welcome, to take on the active task of preparing the livers, with instructions passed down through my matriarchs for generations.

Once they’d been sufficiently broiled on both sides, I added the livers to a pan with caramelized onions, capers, thyme chili flakes, and a splash of white wine. Then I blitzed the mixture and a few slices of soaked bread with a hand mixer and steeled myself for a taste.

While the unorthodox ingredients added a saline spurt and chili zing, the chopped liver tasted wonderfully familiar. It was my take on all the other versions I’d gorged myself on before — not competing with them, but adding something a little new. I was content and even proud. I sat at the kitchen table with a glass of red wine, a box of crackers, and a jar of mango chutney and ate half my homemade liver in one sitting. Not the healthiest snack, I grant you, but it was an important reminder to me that sometimes it is worth investing time in the kitchen to please only yourself. Making chopped liver began as an exercise in nostalgia but turned out to be much more — an act of culinary self-care.

A universal symbol of love, health and wisdom, the apple is especially prominent at Rosh Hashanah. What exactly is it ... 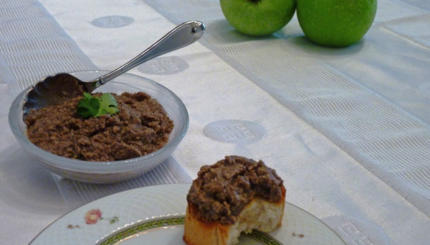 Chopped liver is one of the most iconic Jewish dishes. It’s been consumed spread on top of challah and matzah ...

This plant based version of chopped liver dip makes a lovely addition to your holiday meal. Mushrooms and walnuts give ...