“Kugel is the one special food that all Jews eat, one food in the service of one God.” – Rabbi Arele Roth of Jerusalem

This quote may seem odd, considering that kugel is an Ashkenazi staple. How can a food that is so strongly associated with one community express the unity of distinctive Jews from around the world? However, the Jewish nation is surprisingly unified within our diversity, and this is often shown by our food. Noodle kugel exemplifies not only the variety within Ashkenazi Jewry, but even throughout the wider Jewish community.

Of the two main kugel varieties today — noodle and potato — noodle (“lokshen” in Yiddish) is the older, originating in the 1500s. Earlier kugels were made primarily of bread dough, and potato kugels only hit the scene about 300 years after the noodle version. The story of noodle kugel and its many variations is as twisted and tangled as the lokshen itself.

The first complication is the source of the main ingredient. It appears that pasta reached Ashkenazi Jews via two distinct routes. Jewish travelers brought noodles from Italy to Franco-Germany in the 14th century, but the food also reached the Slavic lands of Eastern Europe about 200 years later, brought via Central Asia by the Tatars. Linguistic evidence supports this two-pronged arrival hypothesis; the Western Yiddish word for noodles, frimsel, draws on the same root as Italian vermicelli (from “worms” in Latin), while the Eastern Yiddish word, lokshen, derives from the Persian lakhsha, meaning “slippery.”

The first real split into separate varieties came in the 19th century. Sugar had been an expensive commodity in the colder parts of Europe, where cane could not be grown. In the early 1800s, Polish Jews quickly entered a new industry: sugar beet refining. The new inexpensive sugar soon found its way into many dishes in Poland and Hungary, including noodle kugel. Later, cinnamon or nutmeg, raisins, or berries all were used for this sweeter kugel variety.

In the 1960s, Yiddish linguist Marvin Herzog identified what he called the Gefilte Line, showing that different dialects of Yiddish matched the breakdown between sweet versus peppery recipes for gefilte fish. This same division applies to noodle kugels. A salt-and-pepper version is more common in Lithuania and Russia, while the sweeter version prevails in Poland and Hungary. This is not exclusive — my own grandmother hailed from Galicia (today’s southern Poland), but her lokshen kugel generally contained pepper and fried onions.

Later, sweet noodle kugel gained a new twist — cottage or farmer’s cheese created a dairy version of the kugel, suggesting that observant Jews ate it at occasions other than their typically meaty Sabbath meal. Some early Jewish cookbooks featured the dairy kugel only for Shavuot, the holiday when dairy foods are most commonly consumed.

In America, the sweet version became dominant, presumably due to the origin of most Jewish immigrants. As the 20th century wore on, American Jews made more changes to the sweet kugel. They replaced raisins with all sorts of in vogue canned fruits: pineapple, maraschino cherries, or fruit cocktail. Another mid-century addition was a cornflake crumb topping. These additions reflect American Jewry’s integration into broader society. Furthermore, kugel’s wider absorption into overall Jewish cuisine was shown by Avery Robinson in his MA thesis that uses kugel as a window onto American Jewish food ways. He highlights a 2005 article about the UMass Amherst Sephardic Club. With clear disdain for Ashkenazi food in general, club members had no issue offering up a “Sephardic kugel.” Unfortunately, the article was short on the specific details of this unique kugel’s ingredients, but the very fact that they had no problem using this food name indicates how widely absorbed the food had become in American Jewry.

A similar bridging of cultures can be found in a distinctive Israeli version of noodle kugel. Yerushalmi (Jerusalemite) kugel mixes thin noodles with caramelized sugar and a healthy dose of black pepper, along with the standard eggs and oil. Why was this the kugel invented in Jerusalem? Caramel was not a common ingredient in Europe, and black pepper was available but expensive. These two ingredients are much more common in the cooking of Jews from Arab lands. Early 19th-century Jerusalem was one of the few places at the time where Jews from all over lived side by side, and sometimes even married each other. An Ashkenazi food with eastern Jewish flavors inside is the perfect embodiment of the ingathering of the Jewish exiles to the Land of Israel. Yerushalmi Kugel is truly Jewish unity in your mouth.

As Rabbi Pinchas of Koretz once said, “Jews eat lots of lokshen on Shabbat because noodles are symbolic of the unity of the people of Israel: They are so tangled that they can never be separated.” Noodle kugel may not actually be eaten by all Jews, but it has clearly reached far beyond mere Ashkenazi cuisine. And its story is as intriguingly tangled as that of our complex nation. 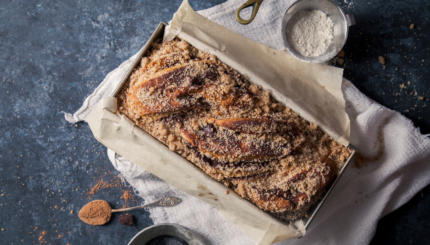 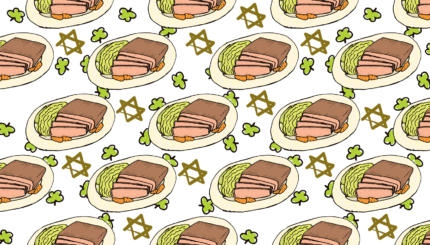 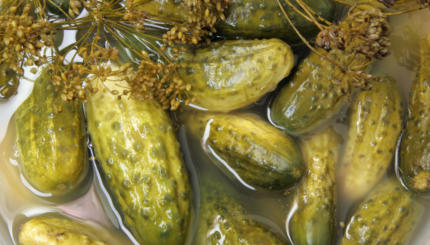