Do you go bonkers for Big Macs, fantasize about Filet-o-Fish and marvel over Egg McMuffins? Does the sight of those iconic golden arches automatically spark joy?

In other words, do you love McDonald’s?

If so, you don’t just have Richard and Maurice McDonald (and Ray Kroc) to thank for launching this global chain of restaurants. Numerous personalities paved the way for McDonald’s to become the most successful fast-food franchise on the planet — and many of them were Jews.

The Jewish intervention of McDonald’s begins with Harry J. Sonneborn. The adopted son of German Jewish immigrants and raised in New York City, Sonneborn was employed during the 1950s as the Vice President of Finances at the then-burgeoning soft serve ice cream company Tastee-Freez when Ray Kroc (AKA “The Founder”) opened the first McDonald’s franchise in partnership with the McDonalds brothers. Upon hearing that Kroc had ambitions to grow the restaurant chain but was struggling to establish additional franchises, Sonneborn reached out to advise him to purchase land sites for restaurant locations, then lease that land to franchisees under a special independent organization called the McDonald’s Franchise Realty group. The adoption of this strategy led to major growth and eventually enabled Kroc to buy out the McDonald brothers. It also inspired Sonneborn’s now infamous quote:

“We are not technically in the food business. We are in the real estate business. The only reason we sell fifteen-cent hamburgers is because they are the greatest producer of revenue, from which our tenants can pay us our rent.”

In 1959, Sonneborn became McDonald’s first president and Chief Executive Officer, a position he held until 1967, at which point he resigned after a business disagreement with Kroc regarding the company’s growth plan. To this day, McDonald’s continues to operate under the “Sonneborn model,” which has since been copied by other restaurant franchises.

One of the earliest, and ultimately most successful, franchisees under the Sonneborn model were Jewish couple Leonard and Myra Rosenblatt. Legend has it that Kroc was particularly impressed with Myra’s business acumen when he saw her giving out lollipops to customers’ children as a way of indirectly incentivizing repeat visits. This moment is famously recreated in the 2016 motion picture “The Founder.” (Note, however, the movie’s depiction of the Rosenblatts is not entirely accurate. Rosenblatt was not a traveling Bible salesman when he approached Ray Kroc about becoming a franchisee; that erroneous detail was borrowed by filmmakers from the story of another successful franchisee, Betty Agate.)

In 1967, McDonald’s quest to expand further its child customer base led them to retain the services of Bernstein-Rein, a marketing firm owned by a Jewish man, Robert Bernstein and his business partner, Skip Rein. The former guided McDonald’s in the development of the Happy Meal, specifically in the design of kid-friendly artwork on the box — the first box was designed by Simms Taback, a famous Jewish illustrator — and eventually the inclusion of a toy. The toy proved particularly compelling, for not only did it attract more children and establish McDonald’s as a “family restaurant,” it also launched a cult of adult collectors who also clamored for the toys, thereby increasing overall profits.

Despite the numerous Jewish contributions to the success of McDonald’s, many Jews, specifically those that follow kosher dietary laws, ironically cannot feast under the Golden Arches — at least in the United States. The mass production of McDonald’s fare in America prevents the company from adhering to the required rabbinic oversight of the food preparation, i.e., the slaughter and cooking of beef. This led to a movement among kosher-keeping Birthright participants to visit Israeli McDonald’s, whose franchises do use kosher beef and are often certified by rabbinic inspectors.

There are a number of McDonald’s menu items only on offer in Israel, including Israeli salad, a vegan burger and kebabs served in a laffa-like wrap. Plus, patrons can indulge in one of six “Big America” burgers, whose varied toppings are meant to reflect their namesake locales: New York, Las Vegas, Miami, Texas, Chicago and Broadway. Not all innovations have been met with equal enthusiasm, for in the case of the recently re-introduced mini pita falafel (falafel first premiered in 2011), one reviewer was quite clear: “I’m Not Lovin’ It.” Despite the occasional snafu, these menu alterations have meant many more Jews can finally enjoy the fast-food fruits of their forebears’ labor and, according to an Israeli representative for McDonald’s, “taste the American dream in Israel” — so long as, of course, they eschew the cheddar on that hamburger. 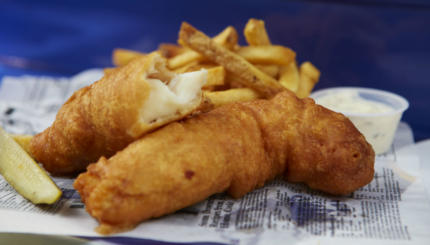 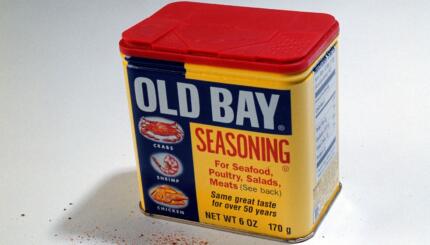 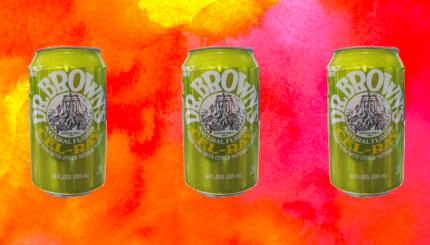