When I close my eyes, I can picture my grandmother in the kitchen. There she is, not much taller than me in her old, shrinking stature, with her dyed blond hair nestled above her earrings.

Much as I regret it now, I’m not in the kitchen with her. It wasn’t until after she passed that I started wanting to know more about our shared heritage — especially the food. Slowly but surely, I’ve been able to mine the memories buried in the recesses of my brain and wiping away the dust. That’s how I rediscovered chicken paprikash, a Hungarian Jewish staple my father remembers her cooking.

Chicken paprikash relies on a simple combination of reliable ingredients, namely onions and garlic. You’ll often find bell peppers and tomatoes added to the mix, but never sour cream, which is what non-Jewish Hungarians add to the sauce. Once the meat is sliding off the bone, you serve it over a plate of fresh spaetzle.

The star of the dish is, as the name suggests, paprika or “paprikash” in Hungarian. The spice made from ground red peppers came to Europe in the 16th century by way of Central Mexico where it had been cultivated for centuries before European settlers arrived. Hungarians had already been using red peppers for medicine, but never as a spice. That all changed when the Turks introduced it to the Balkan Peninsula in the 18th century.

Paprika  grew in popularity throughout the 19th century. At that time, there  were nearly a million Jews living in Hungary, around a quarter of which were in Budapest. But — according to some estimates — approximately 100,000 Jews left Hungary and immigrated to the United States during the Gilded Age of the late 19th/early 20th centuries. These immigrants, my ancestors among them, brought chicken paprikash with them along with a kitchen’s worth of simple recipes from haluski to aranygaluska.

Today, when I bite into a piece of  chicken heavily seasoned with paprika, it’s a familiar flavor. Is this what grandma used to make or am I inventing nostalgia? Whatever the case may be, I hope she knows I tried.

Note: Feel free to combine sweet and smoked paprika in this recipe, and/or add more paprika to taste –– it is the star of the dish, after all. This recipe can easily be doubled, but you may need to sear your chicken in batches, depending on the size of your pot. 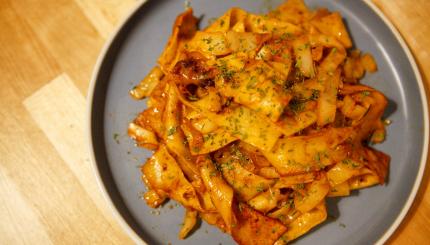 Fried Cabbage and Noodles is the Most Underrated Jewish Food

What is haluski? The answer, like with many dishes, depends on who you’re asking.  Different varieties pop up across Eastern ... 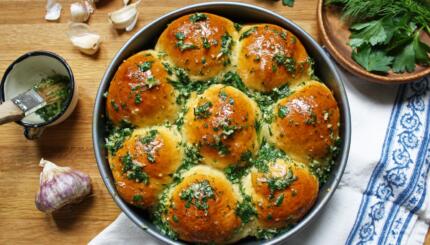 This pillowy rolls are the ultimate treat. 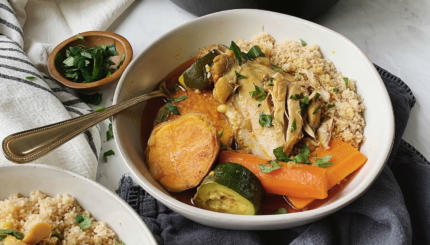