If you haven’t heard of Julia Turshen, then you likely missed one of the best cookbooks of 2016. Her first cookbook, Feed the Resistance, was named one of the best cookbooks by both The New York Times and Eater. The cookbook was not merely a collection of recipes, but sought to educate and support civil liberties — proceeds from the book were actually donated to the ACLU. She also hosted the first two seasons of Radio Cherry Bombe, a podcast featuring creative women in the world of food, and has co-authored dozens of other cookbooks with some people you might have heard of, like Mario Batali and Gwyneth Paltrow. Ya know, no big deal or anything.

Her second solo cookbook, Now & Again, was just released, which features menu after menu of beautiful meals, including a Rosh Hashanah dinner, an accessible Thanksgiving spread, and Turshen’s favorite holiday: Passover. But more than the beautiful menus themselves are the recipes and tips Turshen includes on how to creatively and deliciously use up those leftovers in your fridge. Lox and eggs fried rice? Yes, please.

Personally I cannot wait to make her applesauce cake with honey cream cheese frosting for Rosh Hashanah and have bookmarked dozens of other recipes to whip up soon. We were grateful that Turshen took a few minutes to chat with The Nosher recently.

What do you want people to take away from your newest book?

That sharing meals with people you love is the best part about cooking at home, that entertaining shouldn’t be intimidating, and that leftovers are a wonderful invitation to creative cooking.

Do you think Americans have an aversion to using leftovers?

I don’t know if it’s an American thing per se, but as a proud member of #TeamLeftovers (!), I’m happy to spread the leftover love and encourage home cooks to embrace them. Having leftovers in your fridge means you’re one step closer to an easy, fun meal at home.

How has being Jewish influenced your relationship to cooking and food?

Nostalgia might be my favorite ingredient. So many of the things I most love to cook have familial and cultural roots and make me feel so connected to not only the communities I feel a part of now, but also to so many people who have come before me— my grandparents and great-grandparents and so on. The Jewish influence on my cooking (my love of all things chicken soup, pickles, and so on) is definitely evident in so many of my recipes, but more than anything my love of gathering family through meals and giving back as much as possible also feel very tied to my Jewish upbringing.

Why is Passover your favorite holiday and not Hanukkah or Rosh Hashanah?

I love it because of all of its symbolism and its theme of resilience. Plus I love the food.

Well-toasted everything with just a little cream cheese, very thinly sliced lox, tomato, and red onion. And an iced coffee alongside. 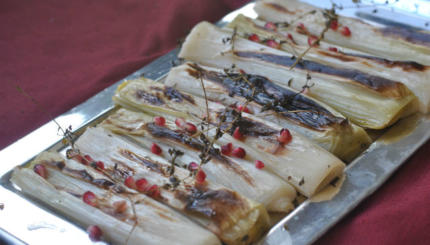 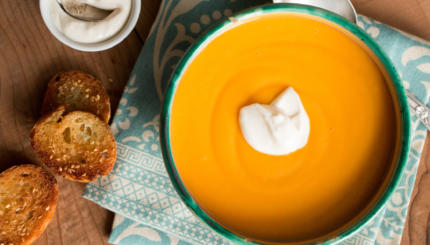