The time has come for the sacred tradition of frying latkes for Hanukkah. But wait — before you break out your oil and frying pan, make sure you aren’t making any rookie mistakes.

But First, Put On An Apron

Your clothes may get splattered, so wear something you don’t mind getting a bit greasy. You may want to invest in a splatter guard like this for easier clean-up of your kitchen and your shirt. A friend of mine even recommends spreading newspaper on the floor below the stove to catch all those little pieces of potato and splatters of oil.

Don’t Wring Out All the Liquid

I know, I know. Our ancestors have all told us to wring out all the liquid. But several years ago I made latkes with Michelin-star chef Bill Telepan who told me to leave some of that starchy liquid in the mix for the creamiest, crispiest latkes. And he was absolutely right. You should drain off the excess liquid that is released, but if you leave eave in just the starchy liquid that collects on the bottom of the bowl after grating, and mix it back in, your latkes will be crispier on the outside, and creamier on the inside.

You want to use an oil with a high smoking point; otherwise your latkes will burn. Olive oil is definitely the wrong choice, but there are many other oils you can use such as safflower or sunflower oil, which are food writer Leah Koenig‘s favorite oils for latke frying. I use good old standard vegetable or canola oil.

Make Sure You Test the Oil 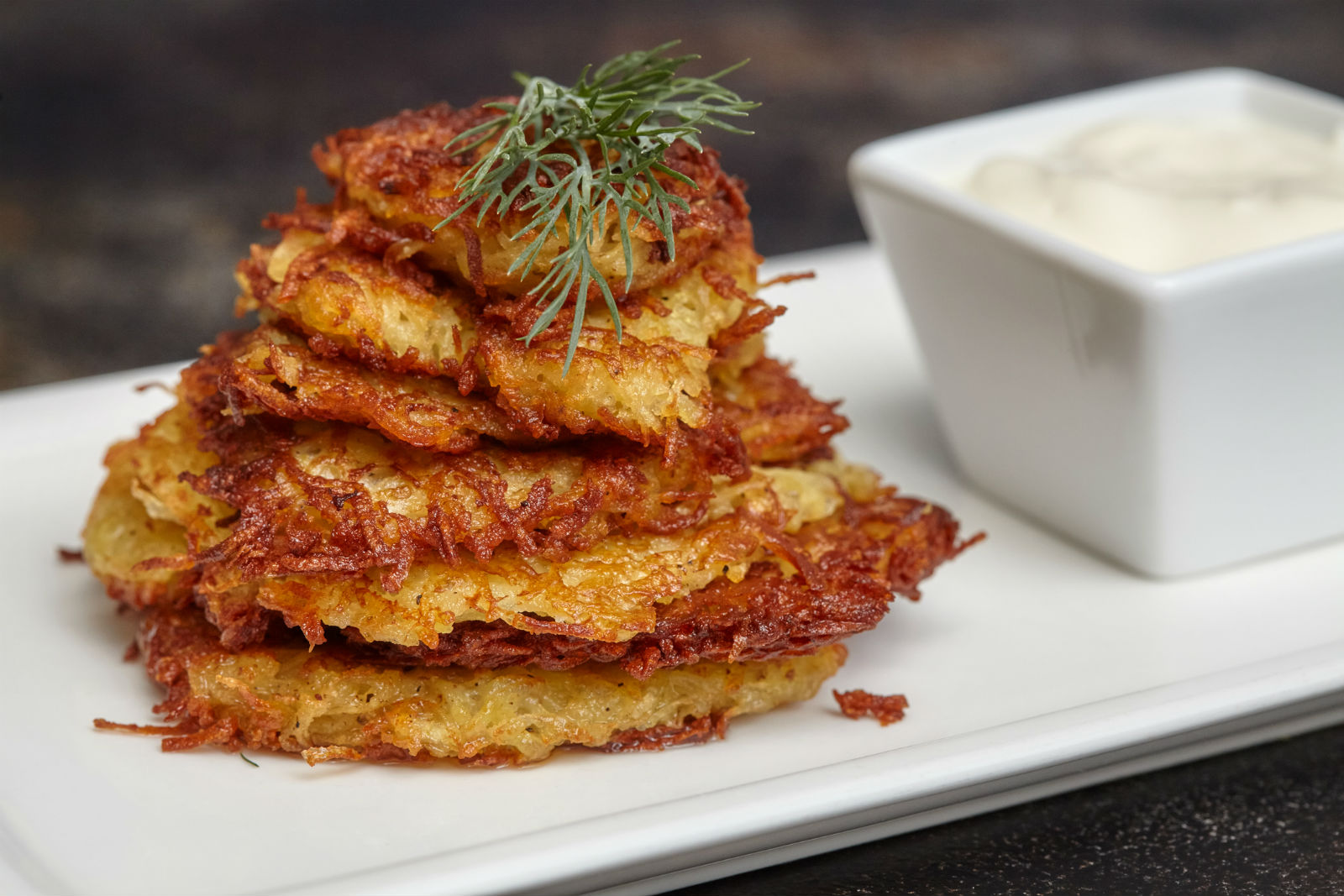 Be Plentiful With Your Oil

Yeah, yeah, we are all watching our weight and health. But when it comes to frying latkes, it ain’t the time to be stingy with the oil. Make sure the bottom of your pan is generously coated with oil, though you don’t want the latkes swimming in oil either. You also should plan to add some oil in between each batch, since the latkes will absorb oil each time.

You want to season your latke mixture of course, and don’t forget that potatoes need a lot of salt to really flavor them. But also, as soon as those hot fried latkes come out of the oil, sprinkle with a touch of salt. It really enhances the flavor.

There are so many wonderful vegetables to use in place of potatoes. Not to mention that cheese latkes are even more traditional in the Ashkenazi tradition than potato ones. Personally I love using a combination of beet, sweet potato and potato. But there are cauliflower latkes, plantain latkes, ramen latkes and more. Check out these 9 latkes that don’t use potatoes for something fun and different.

Give the Latkes Space

Never ever ever stack your latkes on top of one another after they have fried,and don’t sit them on top of paper towel either. Instead, place on top of wire cooling racks placed over a baking sheet to give them space to drain and cool. If latkes sit on one another or paper towel they will get soggy and lose that coveted crisp. 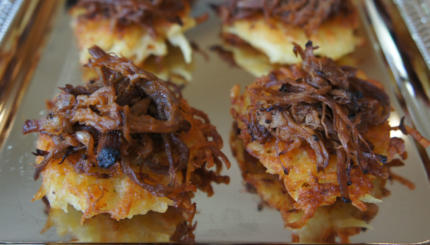 A surprise discovery leads to a Hanukkah hit.