Is it possible for a week to pass without Michael Solomonov making headlines? Apparently not, because the award-winning chef is at it again, this time with his second cookbook with partner and co-author Steven Cook, Israeli Soul: Easy,Essential, Delicious.

Michael Solomonov is the chef and co-owner of the acclaimed Philadelphia restaurant, Zahav. He is also the chef behind Dizengoff, Goldie, Federal Donuts and Abe Fisher. He has won several James Beard awards including Outstanding Chef and Oustanding Cookbook for his first cookbook, Zahav. He has a documentary, he believes in giving back to the community, and he’s also a pretty funny and interesting guy. If you’re still craving a little more Solomonov time, watch our short video about his life and cooking.

I had the privilege to speak with Steven Cook and Michael Solomonov earlier this summer about their latest cookbook, how to make great pita, and the perfect bagel order.

The new book starts with the question: Is falafel an Israeli food? So, is it?

Solomonov: Jews have lived all over the world, and have lived in Middle Eastern countries forever. So, foods like falafel aren’t necessarily Jewish foods, but they aren’t NOT Jewish foods either. Jews were exiled from Israel and forced to live all over the world against their will. They had to modify foods based on kashrut and holidays, and now they have brought these diverse traditions back to Israel. That is just what the history is. The spread of food in many ways has an ugly history. Food belongs to everyone.

What was your goal with Israeli Soul?

Cook: Everything in this book was built around a home kitchen and with a home cook in mind. We even made and shot everything in Mike’s kitchen.

Solomonov: This book tries to reach more into Israel. I just want to get people to Israel and I saw this book as a way to do it. 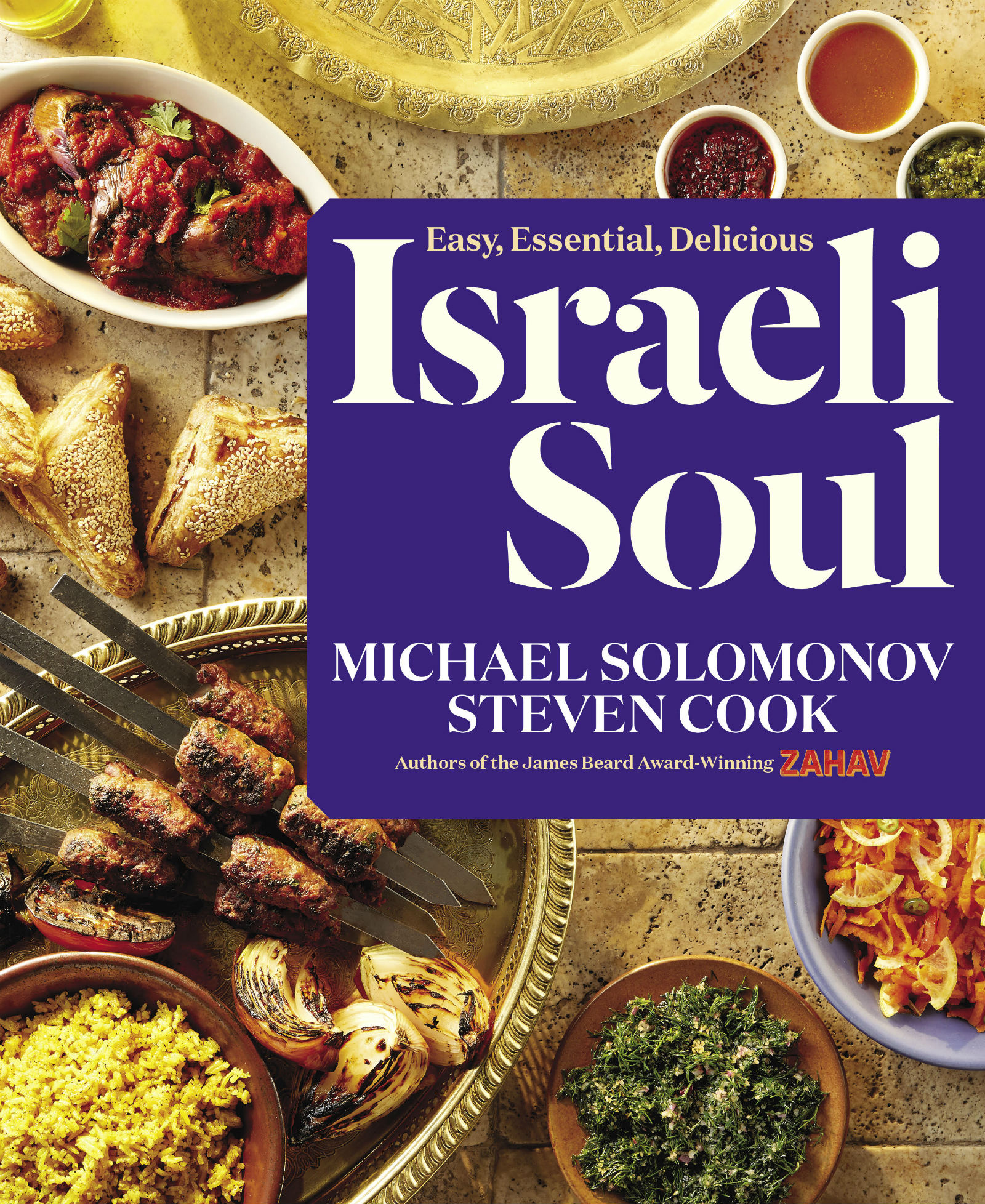 Solomonov: From a cultural standpoint, the early immigrants to Israel had to shed their European culture; that’s what made them Israeli, including the food. The use of Ashkenazi food in Israel is what differentiates it from just North African/Sephardi food. It’s hard when you are walking through the market and you are smelling the spices and seeing the tehina, hard to get passed that excitement to see the influences of European foods, but it is very much there. And keep in mind Mediterranean cuisine is just more conducive to the climate. But overall, Ashkenazi food is part of the DNA of Israel and everything is cyclical.

Does the five-minute hummus recipe in the book stand up to your other more traditional recipe?

Solomonov: I think it’s pretty damn good for five minutes. When you make hummus at home, the kitchen will be completely covered in dishes with that film of cooked chickpeas everywhere. So for the amount of work and clean up, our five-minute recipe is a pretty good bang for your buck, plus the clean up is much easier.

How do you make awesome pita bread at home?

Solomonov: Like anything, home cooks have tiny ovens and you need a really nice, hot oven. Every time you open the oven door, you are going to lose between 50-100 degrees in temperature, so you have to be fast and confident going in and out of the oven. I recommend using the oven light to figure out the least amount of time to go in and out to grab the pita from the oven. This is one of the ways in which Americans are a little fearful of bread baking. What we have traditionally considered pita in America is flat, dry, and oily, sitting in a bag in the back of the supermarket. But a good pita has nooks and crannies like an English muffin. It has to have a good chew.

What is your favorite bagel order?

Cook: There’s only a few types of bagels I think are legitimate. I like bagel places that aren’t sandwich shops: just bagel shops where you buys bagels by the dozen and a brick of cream cheese. And they have to be poppy or sesame seed bagels.