Another week and another new kosher food cart has hit the streets of New York. Or so it seems recently.

Food trucks became all the rage in New York about six years ago. And I should know – I gained 7 lbs sampling the abundance of fusion tacos, schnitzel sandwiches and red velvet whoopie pies when the trend first arrived. I then spent hundreds of dollars on a personal trainer to lose the weight. Thanks food trucks. 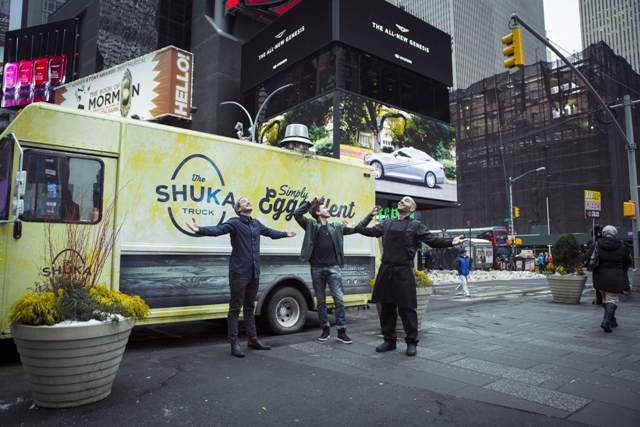 I love hot dogs, and I once even ate four in one sitting washed down by a pitcher of margaritas. Not my finest moment. I have also taken a sausage-making class. So with my love of hot dogs and sausage in mind, I was pretty excited to try the new cart. I ordered two of the sausage heroes, both topped with pulled brisket, pastrami and chili, and truth be told, I was a bit underwhelmed despite the abundance of meat. I thought the brisket was too sweet and saucy, there was too much bread, and not enough sausage because they don’t actually give you a whole sausage: they cut it in half. But they charge you nearly $15 for the hero, quite a bit more than your average $2 street hot dog, and certainly more than I prefer to spend on an average lunch. 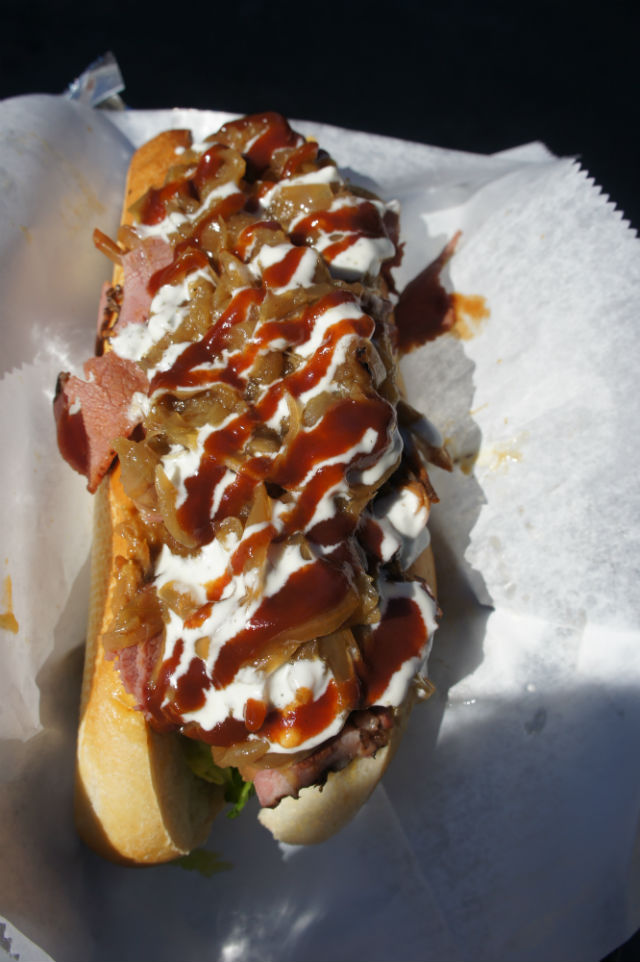 However, my co-workers thought the sandwiches were great and really loved all the meat together. In fact my vegetarian co-worker was so enchanted by the scent of pastrami she decided to forgo her vegetarianism and didn’t look back, also loving the sausage hero. And so, it might just be me. Or it might be that the Holy Rollers have a decent product and hopefully will improve as they become more experienced. So if you love a whole lotta meat on top of sausage drenched in the sauce of your choice, you will probably enjoy the Holy Rollers and I would say go check them out. You can find them on Facebook.

Moving on from my own eating adventures to the news of the week: have you heard the recent news that the key to avoiding peanut allergies in kids might be the Israeli snack bamba? But no, seriously. A recent medical study has released findings that, contrary to what has been a popularly held belief for Americans, exposing children to small amounts of peanuts can actually ensure their ability to tolerate the food. And the study specifically explored why Israeli Jewish children had less incidents of peanut allergies than their American counterparts. One of the reasons? Bamba. So go ahead and enjoy your peanut-flavored snacks, and make sure to give it to your kids or grandkids too. 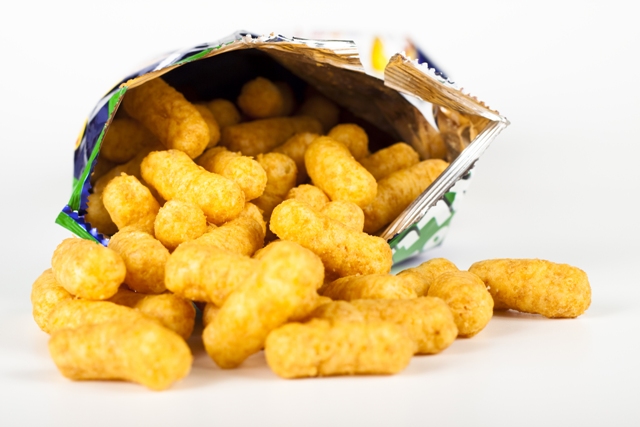 New Yorkers are about to get yet another new kosher restaurant. Tablet reports that Top Chef alum Alex Reznik is set to open a much-anticipated restaurant, Bedford Kitchen in Queens in six weeks from now.

And perhaps the most controversial of news this week was reported by the New York Post: a company in Colorado is working with rabbis in New York on a plan to start selling legal, edible marijuana products that are certified kosher. Marijuana itself doesn’t need to be certified kosher since it is a plant, but any edible item made with marijuana would need certification.

So there you have it, this week in kosher and Jewish news.