Russian tea biscuits are so much a part of Cleveland’s landscape that locals are surprised to learn these rugelach-like pastries are from their hometown. As a Clevelander, I didn’t discover the truth until I moved to several different cities and Russian tea biscuits were nowhere to be found, prompting me to do a little digging online. I discovered that the pastry’s origin story —  a story that feels more like a legend — is connected to the Cleveland Jewish community.

Russian tea biscuits in Cleveland can be traced back to the first half of the 20th century when bakeries proliferated across the city. Many of these bakeries were started by Jewish immigrants from Eastern European countries. Among them were Sherwin’s Bakery, Lax and Mandel, Unger’s Bakery and Davis Bakery, all of which survived into the 1980s or longer. According to an article in the Cleveland Jewish News, Sherwin’s Bakery sold Russian tea biscuits three for a nickel during the Great Depression.

Russian tea biscuits have even travelled as far as California and Florida. Bea’s Bakery in Los Angeles, California and 3G’s Deli in Delray Beach, Florida were both started by Clevelanders who brought the recipe with them. Rumor has it also that a former Peruvian employee of the Stone Oven Bakery may have taken the pastry back home with her.

But what about their alleged Russian origins? The fact that the bakeries were started by immigrants from different Eastern European countries muddies the waters. What these iconic Cleveland bakery owners did have in common, however, was that they were all Jewish.

Could it be, then, that Russian tea biscuits should more accurately be called Jewish tea biscuits?

Maybe. Family owned bakeries started by immigrants had to bring their recipes from somewhere. Countless women’s obituaries in The Cleveland Jewish News refer to the Russian tea biscuits they were known for sharing with friends and family. Many of these women were grandmothers who emigrated from various Eastern European countries around the same time as the first generation of family owned Cleveland bakeries.

Then again, some stories from home bakers suggest the pastry might still have Russian origins. Two anonymous Cleveland bubbies in their 80s each separately said their family recipes came from Kiev at a time when the Ukraine was still part of Russia.

Yet Russian immigrant Tatyana Rehn, one of the owners of the Stone Oven Bakery, says she never encountered Russian tea biscuits until she emigrated to Cleveland in the 1970s. Her then-husband took her to Lax and Mandel, where she had her first. She carries on Lax and Mandel’s legacy by following their Russian tea biscuit recipe. Her theory? “Raspberry jam is very Russian,” she said, explaining that adding raspberry jam to desserts made them a special treat.

One thing is clear: For generations of Clevelanders, Russian tea biscuits conjure up memories of gathering around family tables, being a regular at a family-owned bakery, and sharing the pastries at shiva. One former Davis Bakery regular now has Russian tea biscuits shipped to her and her family in California. Her eyes glistened as she described opening a package of Russian tea biscuits after losing her father.

Now you, too, can make and savor Russian tea biscuits at home. Get the recipe here. 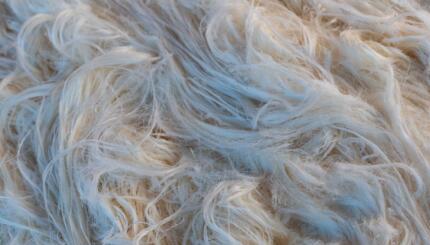 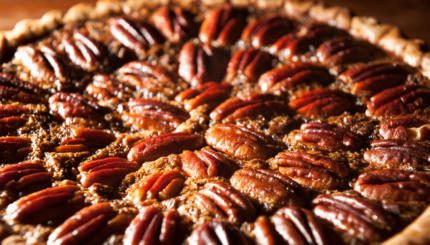 This Israeli Bakery’s Pie Tips will Change Your Holiday Baking