This Chef Has the Secret to Perfect Passover Baking

5 Jewish Foods That Deserve a Comeback

Elle Simone Scott grew up eating food from two disparate cultures. Her great-grandmother was both an accomplished cook of Southern food and an excellent baker of Eastern European Jewish cakes and breads. Scott, the first African-American chef on the acclaimed PBS show “America’s Test Kitchen,” was lucky enough to be exposed to the cuisines of both traditions.

How did her great-grandmother, Ann Jordan Ford, born and raised in Mississippi, learn to bake babka, rugelach, bialys and challah? Her faith led her to a kosher kitchen. Ford was a devout Seventh Day Adventist who eventually left Mississippi and moved to Detroit. Although she was a nurse by trade, her ultimate talent and passion was in baking. Since Seventh Day Adventists don’t work on Saturdays, like Jews, and also don’t eat pork or shellfish, she looked for a job in which she could comfortably live and work according to her religious beliefs. So she took a position at the Villa Zion, a nursing home for Jewish residents, where she was not expected to work on the Sabbath and the laws of kosher eating aligned with her own. At the Villa Zion, Ford learned to bake what the residents wanted to eat.

Oftentimes, her great-grandmother returned from work with a sampling of some of her freshly made Jewish pastries. Scott’s grandmother, Margery Price, the head nurse in the first all-black OB-GYN office in Detroit, was a master Southern cook. Her meals of black-eyed peas with crumbled cornbread or crowder peas flavored with smoked turkey might end with a slice of Ford’s babka. (She used smoked turkey in dishes that traditionally called for pork.)

Even today, many years after her great-grandmother’s passing, Scott and her family members prefer to buy baked goods from kosher bakeries because they know there will be no lard. In Boston, where America’s Test Kitchen is taped and where Scott now lives, she frequents Cheryl Anns’ bakery in Chestnut Hill, where she finds loaves of pumpernickel raisin and onion boards “to die for.” When possible, Scott buys her meat from kosher purveyors, too. “The way the meat is treated affects the taste. And I am all about the most humane practice,” says Scott.

Scott speaks reverentially of some of the comfort foods her grandmother and great-grandmother prepared for the family at holiday times. A favorite, and one that Scott still makes, is a salad, served in a punch bowl. The salad consists of seven layers: iceberg lettuce, cheese, green peas, mayonnaise, imitation bacon bits, another later of lettuce and another mayonnaise layer. Her grandmother’s corned beef, cabbage, potatoes were second to none as was her cornbread. She comes, she says, from a family of great cooks

In addition to the Southern foods she learned to make from her grandmothers, Scott makes brisket, loves to prepare potato latkes for her family, and always skims the chicken fat off the top of the chicken soup, to use in other dishes, a trick her great-grandmother Ford taught her. She also teaches students at America’s Test Kitchen’s Cooking School how to make babka.

As a young woman, her first job was at Zeman’s, a kosher bakery in Oak Park, Michigan and when she moved to New York, she worked part-time for a young, Jewish family that observed the laws of kashrut.  So Scott has spent a great deal of time involved with Jewish food and Jewish families.  And, she observed, there are lots of similarities between both food cultures.

“Black and Jewish families take pride in their food and care about the preservation of food traditions. When we celebrate, we do it with food,” shared Scott.

And when breaking bread, one is her clear favorite. “Challah,” says Scott, “is the best bread in the world.” She loves bagels, too, especially poppy seed.  But if given the choice on which bread to use for her nova and dill cream cheese sandwich, she would forego bagels and have a bialy instead.

Several years ago, Scott was asked to prepare a multi-course dinner for the Black Chef Series of Harlem, an event that celebrates the creativity and talent of African American chefs. Her meal was well received but the second course, her soup, was met with rave reviews.  It was a culmination of her childhood food story, a dish in which the food of the South and the food of Eastern Europe came together in one bowl:  Matzah Ball Soup and Pot Likker with a Collard Green Pesto.  “It is me in a soup.” 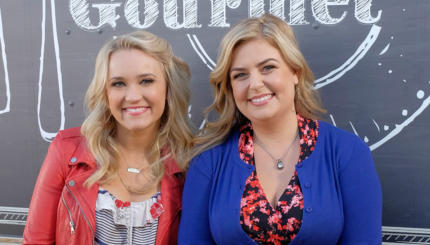 The Jewish Chef who Inspired this Popular TV Show

I always love sharing how much social media can bring people together and create wonderful collaborations. And how I first ... 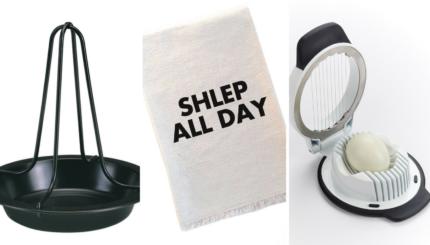 The Most Essential Kitchen Gadgets for Jewish Cooking

For everything from chicken soup to latkes, we can't live without these useful tools.

It’s a new year and there’s plenty going on in the world of Jewish and kosher food.Here in New York, ...