Did you grow up eating appetizing, or do you plan to serve appetizing at your Yom Kippur break-fast? No, that’s not a typo. Appetizing, as a noun, are the kinds of foods you eat with bagels. Cream cheese, smoked salmon, gravlax, and homemade salads are all mainstays on the appetizing table.

The term “appetizing” and appetizing shops grew out of Jewish New York, but it’s a tradition that started in Eastern Europe. Russ & Daughters, perhaps New York’s most famous appetizing store, explains that Eastern European Jews “started meals with cold appetizers, known in Yiddish as the ‘forshpayz.'” When they settled in the Lower East Side in the early 1900s, this tradition came along with them.

Due to the kosher law that prohibits the mixing of meat and dairy, appetizing stores sold foods made with dairy, fish, and eggs, like cold salads, cured and smoked fish, and cream cheeses. Delicatessens, on the other hand, specialized in cured and pickled meats. Today, new-school Jew-ish bagel shops and appetizing stores often sell both meat and dairy in the same place, reaching a broad community of Jewish and non-Jewish noshers alike.

At one point, writes Russ & Daughters, there were 30 appetizing stores (“appys” for short) in the Lower East Side. The Thrillest wrote last year, “By the 1930s, 500 appys were open in New York City…that’s roughly the number of Starbucks and McDonald’s combined.” Now, that’s a food trend if there ever was one.

Appetizing is especially alive on Yom Kippur, when families break their fasts with light and easy-to-prepare foods like bagels, lox, cream cheese, and babka. On this day of atonement and repenting, no food or drink is consumed for 25 hours, and all work is prohibited. For these reasons, break-fast foods were made ahead or, perhaps, purchased at one’s favorite appetizing store.

While eating appetizing remains popular (who doesn’t love a good bagel and schmear?) only a few of these old-school appetizing stores remain–Russ & Daughters and Zabar’s, to name a few.

If you plan to enjoy some appetizing of your own next week, we’ve got you covered: 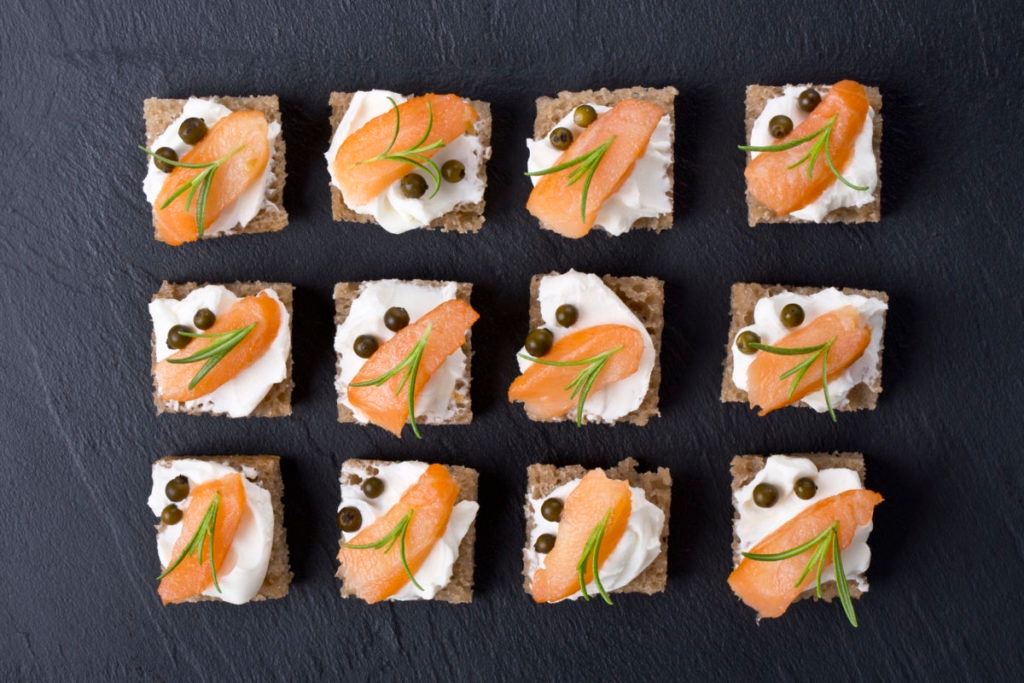