I had the absolute privilege of speaking with her over the phone recently to talk about her upbringing as a Jew in Mexico City, her unconventional path to becoming a chef (she studied political science – just like me!) and the ways she fuses Ashkenazi, Sephardi and Mexican flavors into her holiday and everyday cooking.

Pati is one of the warmest, funniest, smartest ladies I have ever met, and I technically haven’t even met her yet. Read more about how she spreads guacamole and gribenes on challah and set your DVR for Season 6 of “Pati’s Mexican Table,” which premieres in September on PBS.

What was your life like growing up Jewish in Mexico City?

It was definitely different than growing up Jewish in America – Mexico is mostly a Catholic country, which really influences every part of the culture including all kinds of holidays. Unlike in Argentina where there were clashes with anti-Semitism, the Jewish community has a very good relationship with the political institutions and societal organizations of Mexico. But the Jewish community is very complex and divided between the Ashkenazim and Sephardim. They each have different schools, synagogues and organizations. And if someone married out of the Sephardi or Asheknazi community, that is considered intermarriage.

I grew up on the fringes of the Jewish community – I didn’t go to Jewish scouts, a Jewish school or the JCC. Out of 125 kids in my class, I was only one of two Jews. In fact, as the youngest of four kids in my family, I went to church many Sundays with my nana (babysitter).

When I was young I had a hard time separating the two. I wanted to be like everyone else. I wasn’t a Gomez or a Lopez or a García, so when people heard my last name it was like – who is this person? And I did get mean things said to me by other kids sometimes. It took me until I moved to the United States and had my own children to see all the pieces of who I am in harmony.

What’s your favorite Jewish memory of your childhood in Mexico?

Everything Jewish we did was with our grandparents, who were all refugees from WWII and the pogroms. My two sets of grandparents were very different from one another – my Polish grandparents were from a humble, very hard-working background. And the food they cooked reflected that – simple Ashkenazi food like gefilte fish, chicken soup and kreplach. And my Austrian-Czechoslovakian grandparents were from more refined families – they were very elegant and cultured. They served the most exquisite food in their home that was reflective of their Austro-Hungarian background. My grandmother’s sister, after surviving a concentration camp, even opened an Austrian bakery in Mexico where she fused her European roots with her new Mexican surroundings.

So, how did you become a chef?

I was a political analyst before I was a chef. I wanted to be a writer and philosopher when I was in high school, but because of where I went to college and what majors were offered, I studied political science. After college I met my husband, who had already lived abroad in the U.S. and so after we were married, we moved to Texas and then Washington, DC. where I finished my graduate work and then worked at a think tank.

During the time I was getting my green card, I couldn’t go back to Mexico to visit until the process was complete, and I became very homesick for Mexico, which threw me into cooking and food. But for a long time food was only a hobby, and work was “serious stuff.”

When I was 33, I had existential crisis, and I realized I didn’t really like the job I was doing. I had two children and I didn’t want to give them an example of a mom who has worked so hard to be a miserable person. What I wanted instead was to set an example of taking leaps of faith and following your gut. I resigned, enrolled in culinary school with the goal of becoming a food writer, building upon the skills I already possessed as a policy analyst. After culinary school I started teaching and talking to audiences and I realized I really loved it – so I went in another direction. 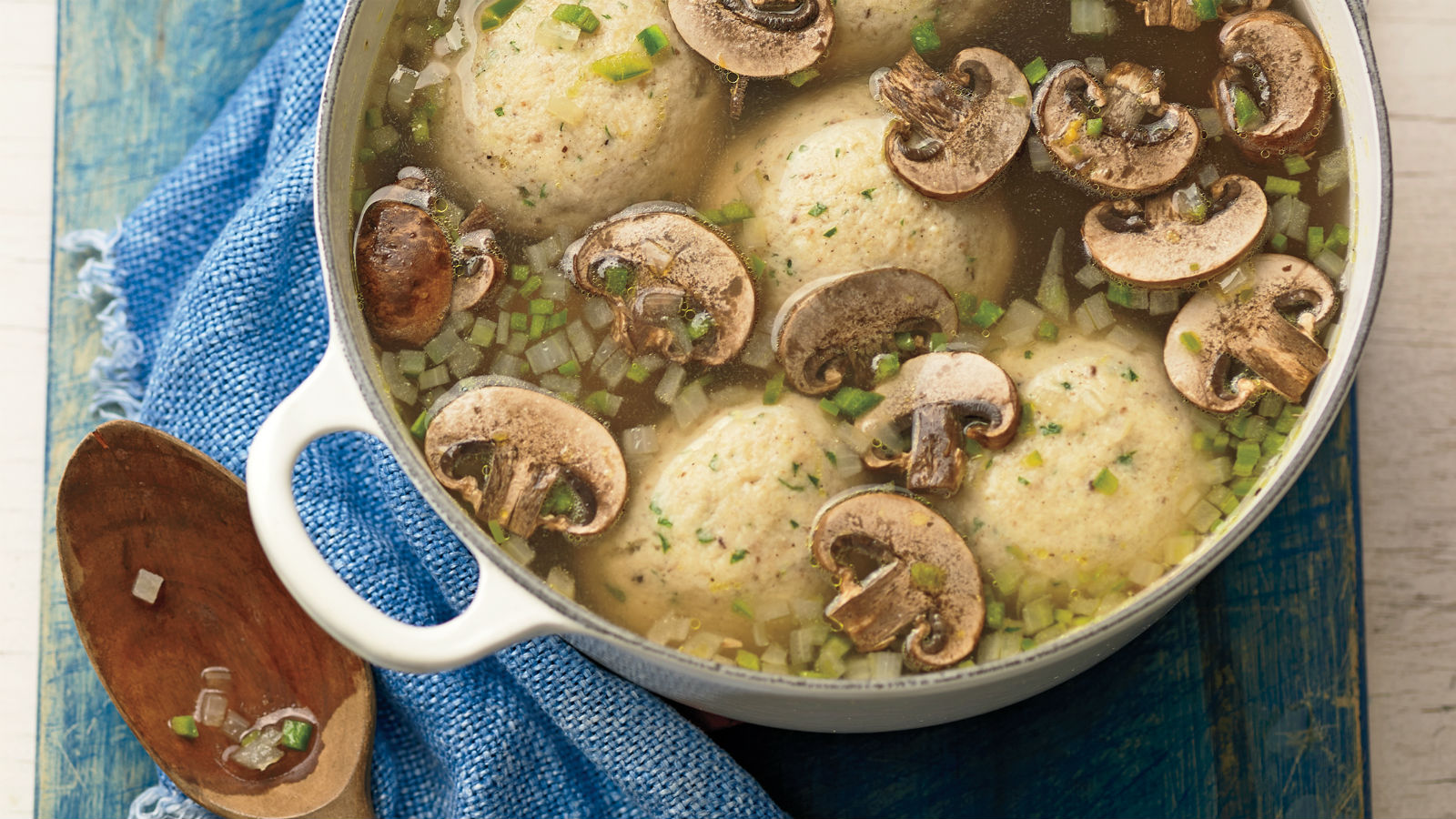 What’s your favorite way to fuse Mexican and Jewish food?

Growing up every Friday we would go to my grandparents’ house for Shabbat, where we would enjoy sliced challah with guacamole, mixed with hard-boiled egg salad and topped with caramelized onions and gribenes. We literally began every meal with that! It’s quite good.

I love being Mexican, and I love being Jewish. The older I get, the prouder I get of my ancestry and I see no contradiction between the two and there are many dishes I make that fuse both. There’s a brisket akin to a recipe my grandmother made that I love. It’s like a sweet and sour brisket, but I make mine with pasilla chilies, brown sugar and tomatillos. Another favorite recipe is chicken with tamarind, apricot and chipotle sauce, or my mushroom and jalapeño matzah ball soup.

Check out Pati’s recipe for mushroom jalapeño matzah ball soup and don’t forget to catch her this fall on her newest season of Pati’s Mexican Table on PBS. 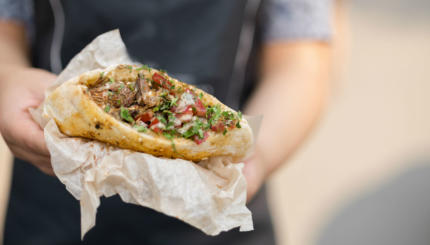 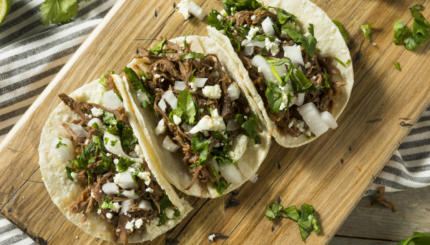