9 Thanksgiving Pies With a Jewish Twist

Wondering what to do with all your leftover gelt after making the DIY Thanksgivukkah table runner? I’ve got the perfect pie recipe to use up those chocolates! 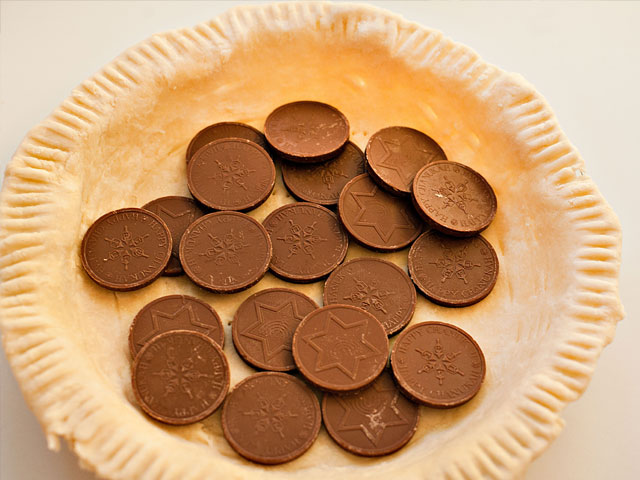 Both decadent and delicious, this Bourbon Pecan and Gelt Pie is the perfect way to end your Thanksgivukkah meal this holiday season. To create this recipe, I combined a classic pecan pie with some chocolate gelt candy and then added a touch of Bourbon for a little something extra.

Just like Thanksgivukkah itself, everyone is sure to love it! 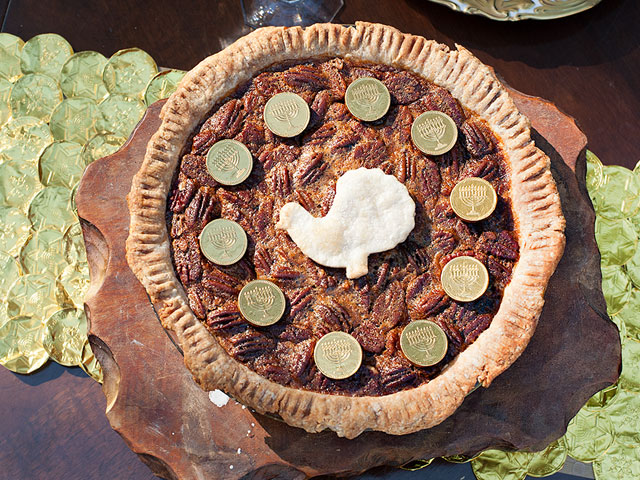 2 cups of flour, plus extra for rolling out the dough

20-25 pieces of gelt—enough to cover the bottom of the crust. (You can order pareve gelt online.)

To make the crust:

Whisk together flour, salt and sugar. Cut shortening into the flour mixture until it is almost incorporated.

Add milk and mix until just combined. You do not want to over mix here, or the crust will be rubbery. Form a large ball with the dough and place in the middle of a flat surface covered with flour.

With a rolling pin, roll the dough out until it is about 2 inches larger than the upside down pie plate. Once it is big enough, flip the pie plate back over and lay the dough in the plate lightly pushing it to the bottom and the sides.

Note: You can also use the extra dough to make decorations. Roll out the extra dough and cut out any shape you want – here I used a turkey. With a fork, mix 1 egg and 1 Tbsp of water. Lightly brush a small amount of the eff mixture over the cut out and then sprinkle with sugar. Bake at 375 until golden brown (about 2-5 minutes depending on how big your cut out is).

To make the filling and assemble pie:

Mix melted butter or margarine and corn syrup together until it has a glossy look. Add salt and sugar and mix until it is completely integrated into the mixture. Mix in eggs and bourbon until the entire mixture is a pale yellow color (no darker yellow egg streaks). Set aside.

Start filling the crust by placing the unwrapped gelt at the bottom of the pie crust. Add both chopped and halved pecans. Then add filling mixture.

Bake at 375 degrees for 45 minutes to an hour. The edges of the crust should be a golden brown and the filling should be completely congealed.

Noshers! Here are our Hanukkah gift picks for a happy and healthy holiday around the table.You should also check out ... 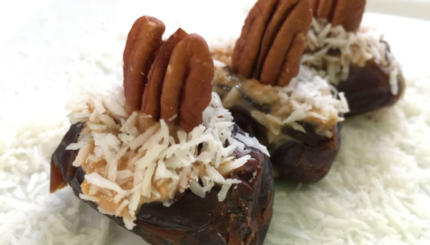